On May 21-23, the XDA takes the ‘Ultimate Thrill Ride on Two Wheels’ to Virginia Motorsports Park for the 35th annual MTC Engineering Summer Nationals.

This family-friendly ‘Spectators Welcome’ event features over 700 Professional, Sportsman, and Grudge motorcycle drag racers competing for over $80,000 in cash purse and a shot at the 2021 championship title.

All XDA events feature the Orient Express Pro Street class running at speeds over 230 mph in only 6-seconds, and the “Running of the Bulls” Grudge Program on Saturday night from 5pm-11pm with the baddest Grudge racers in the game! 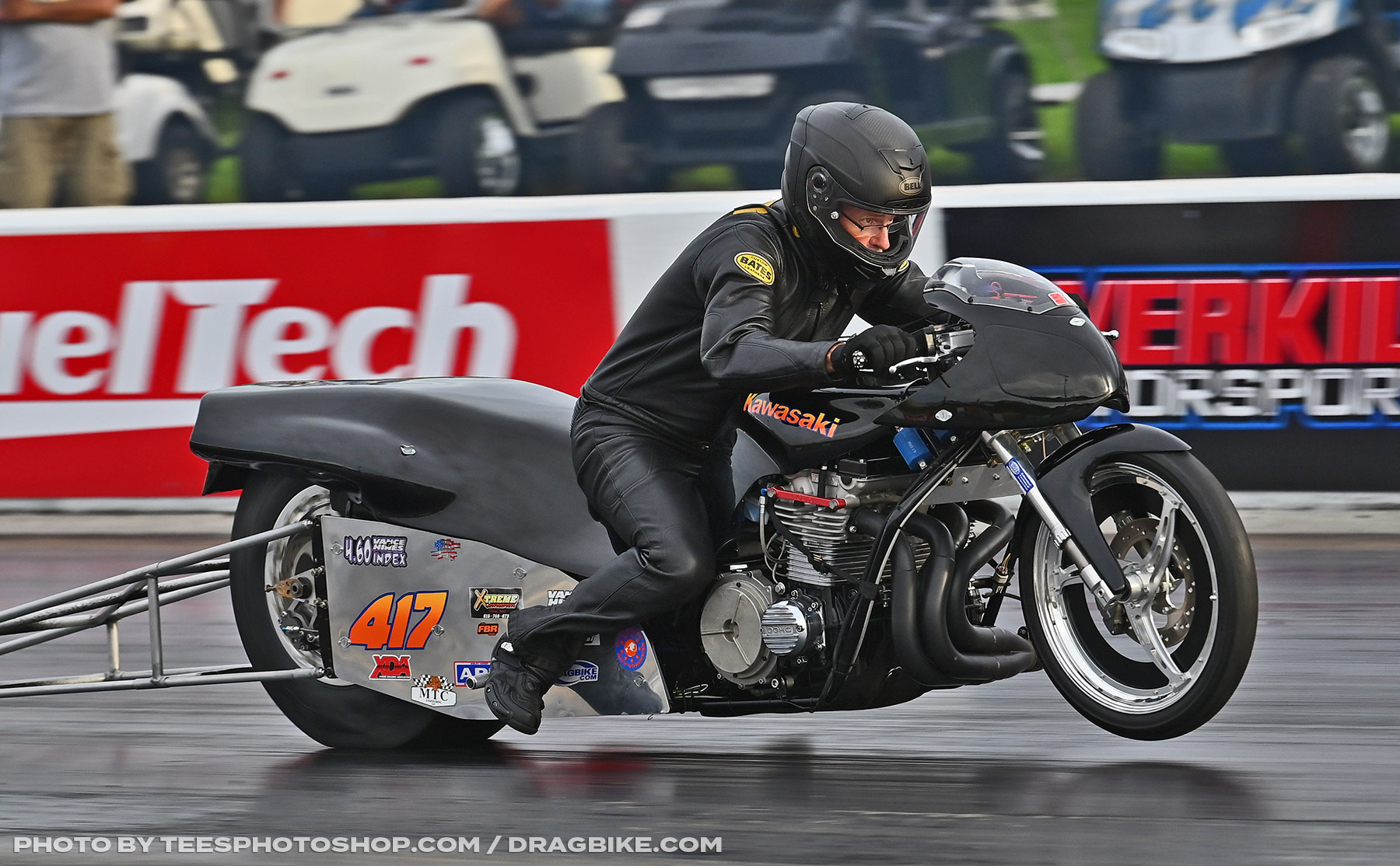 The MTC Engineering Summer Nationals will, for the first time, also feature the Vance & Hines 4.60 Index ‘Last Man Standing’ purse. With over SIXTY racers, Yes over SIXTY racers already committed to competing in the 4.60 eighth-mile index class, XDA has increased their purses based on bike count. XDA now offers higher payouts based on bike count with a possible $20,000 payout at every event in 2021. Class points leader Boo Brown has stepped up to facilitate a ‘Last Man Standing’ purse with 100% of the money collected going to the racer that goes furthest in eliminations. If you thought the competition was intense before, next weekend is going to be incredible. 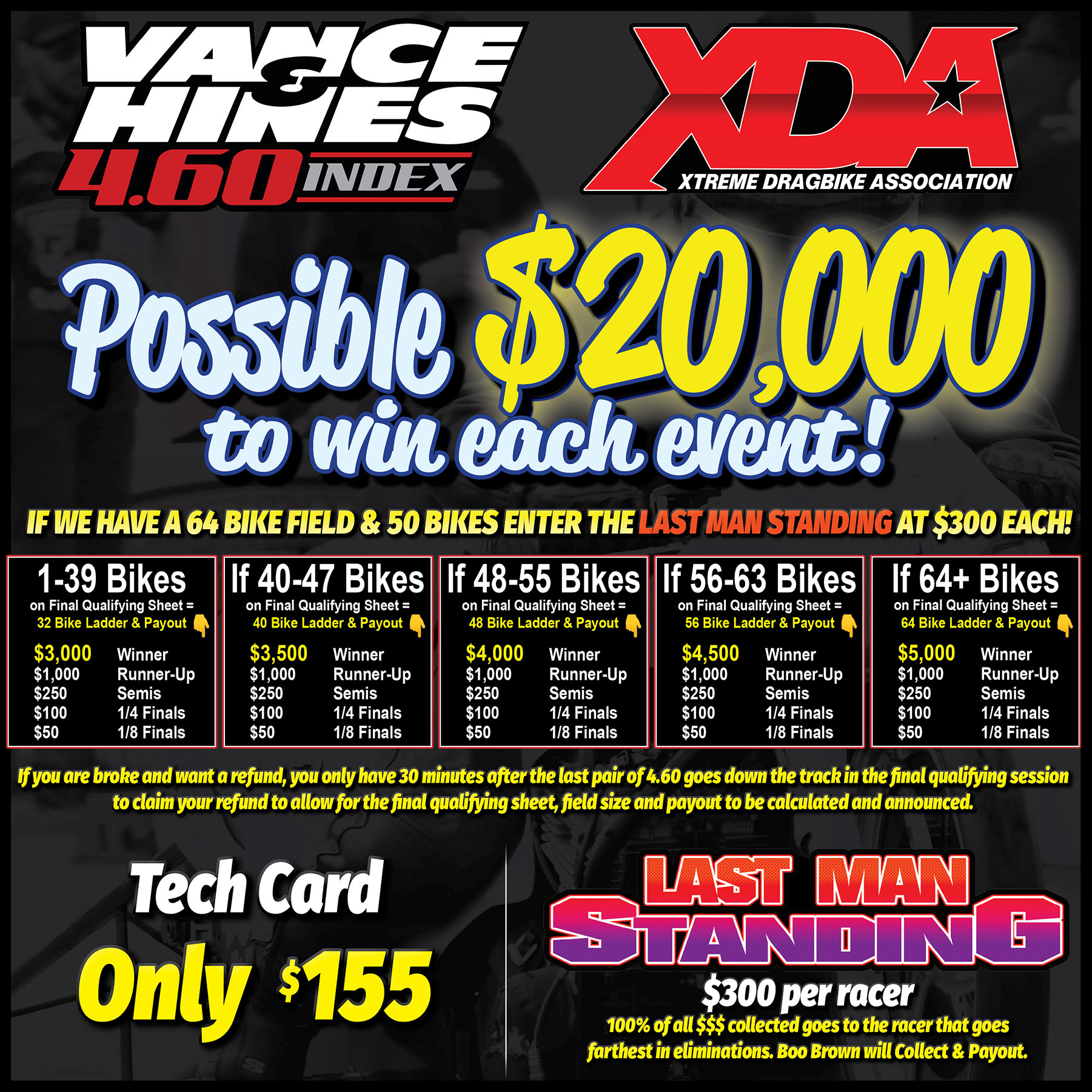 The Orient Express Pro Street class will shine when they hit that ‘smooth as glass’ track surface at VMP. With Justin Shakir hitting a record 234.29 MPH run at the last event, he is ready to get back on track to prove he has the power to run with the top dogs. Shakir’s teammate Kenny Brewer ran his personal best at the last event and didn’t leak a drop of oil for a stellar start to the 2021 season. Mark Gargiulo and CJ Fair, absent from the season opener, will join the championship chase at the MTC Engineering Summer Nationals. 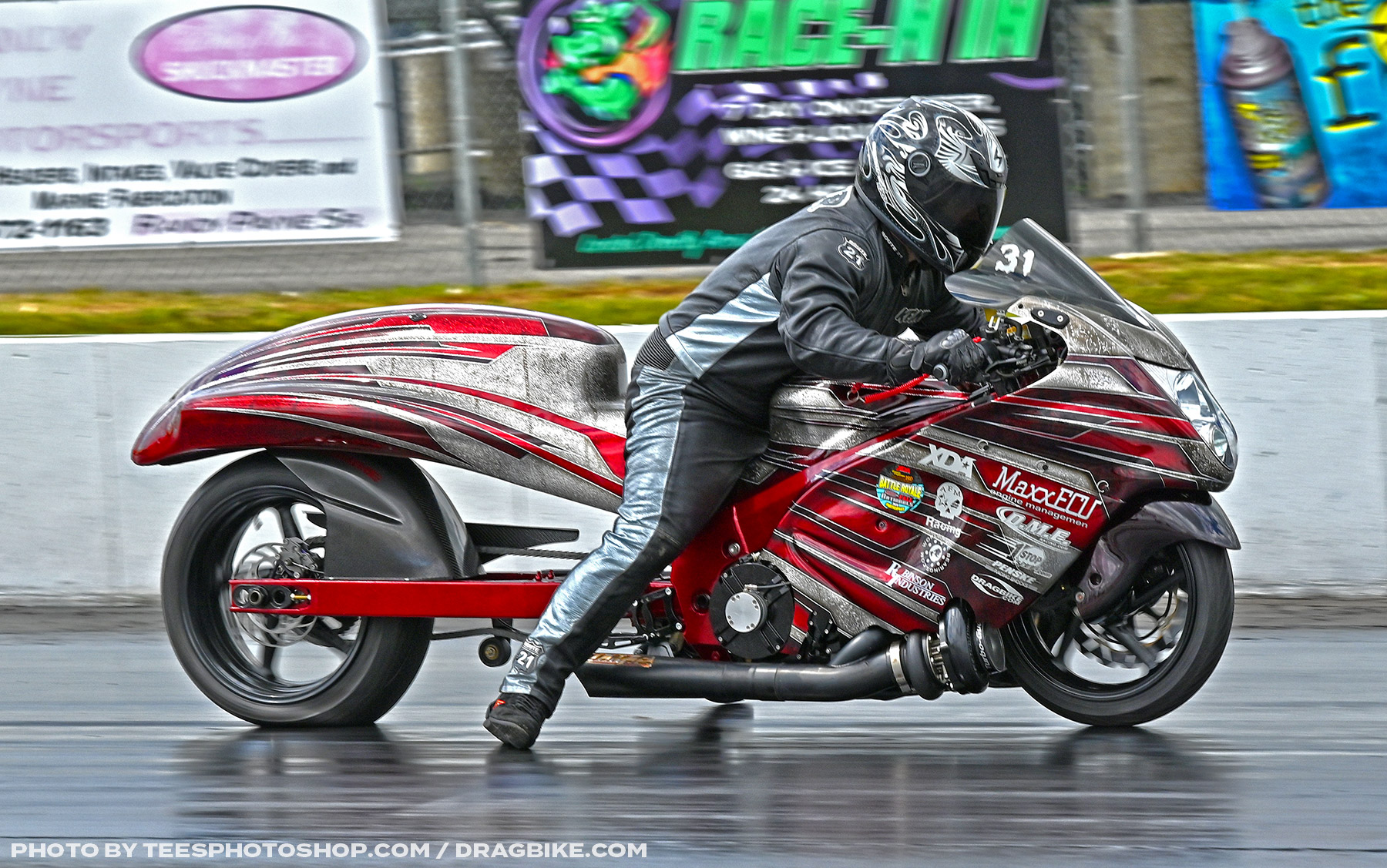 The DME Racing Real Street class will be looking for vengeance after an early-season rule revision challenges the turbo standouts from the last event. With David Stewart and Rickey Gadson making the quickest and fastest passes of the first event, XDA has shortened them both 1” of wheelbase. Turbocharged rider weights and wheelbases have been adjusted to keep parity in the class tight. Trevor Schnitz will be making his Real Street debut on the HTP Performance all motor Suzuki GSX-R1000 next weekend. At the season opener, his Dad, Ryan Schnitz, ran a 7.693 on this bike, giving Trevor a solid target for his first Real Street outing. 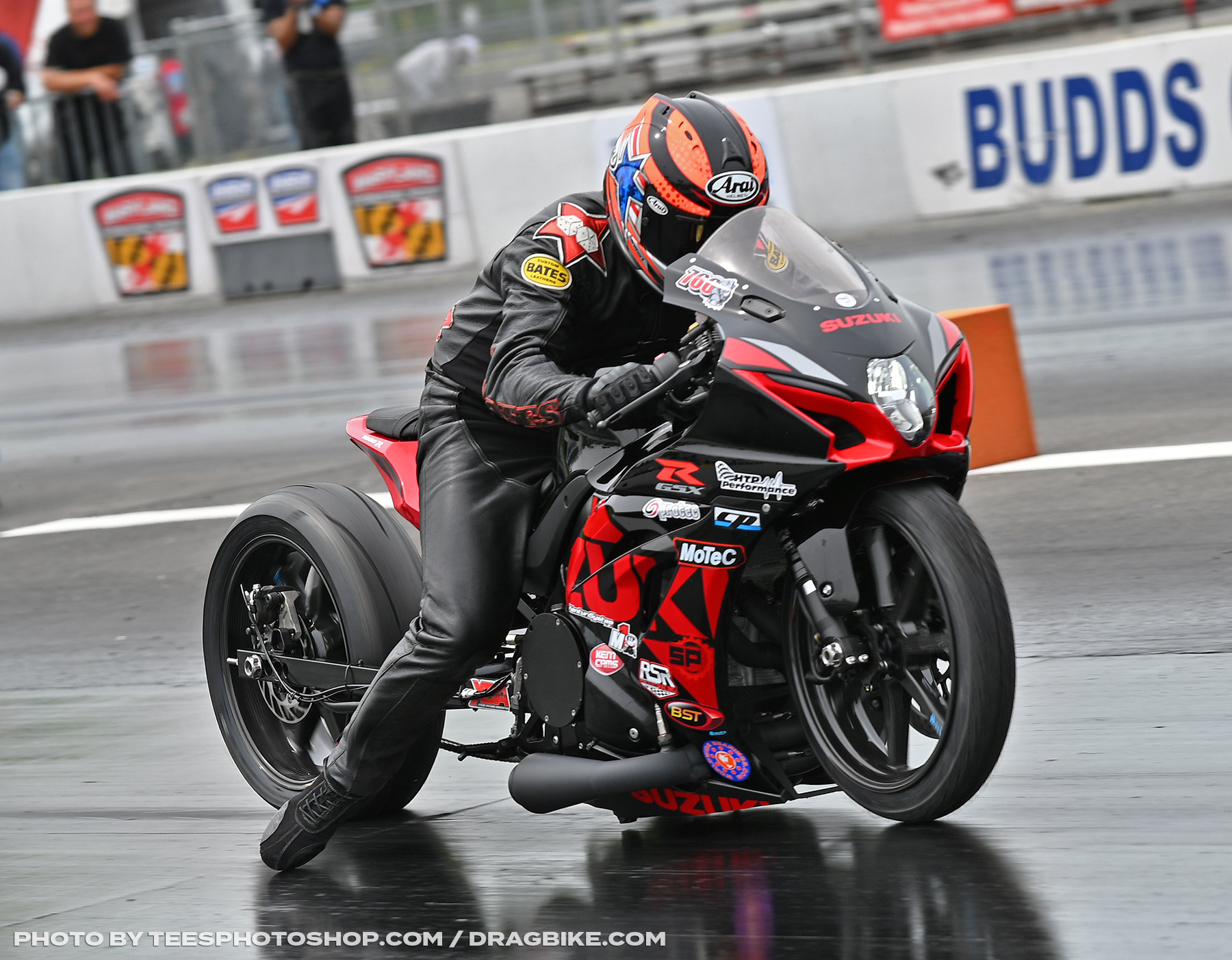 The MaxxECU Pro Extreme competitors have a lot to prove after Chris Garner-Jones’ record-setting pass of 3.897 at the Platinum Fleet Repair Season Opener. The eighth-mile heads-up class will have a full field of competition next weekend with the return of Chris Cutsinger to XDA competition. 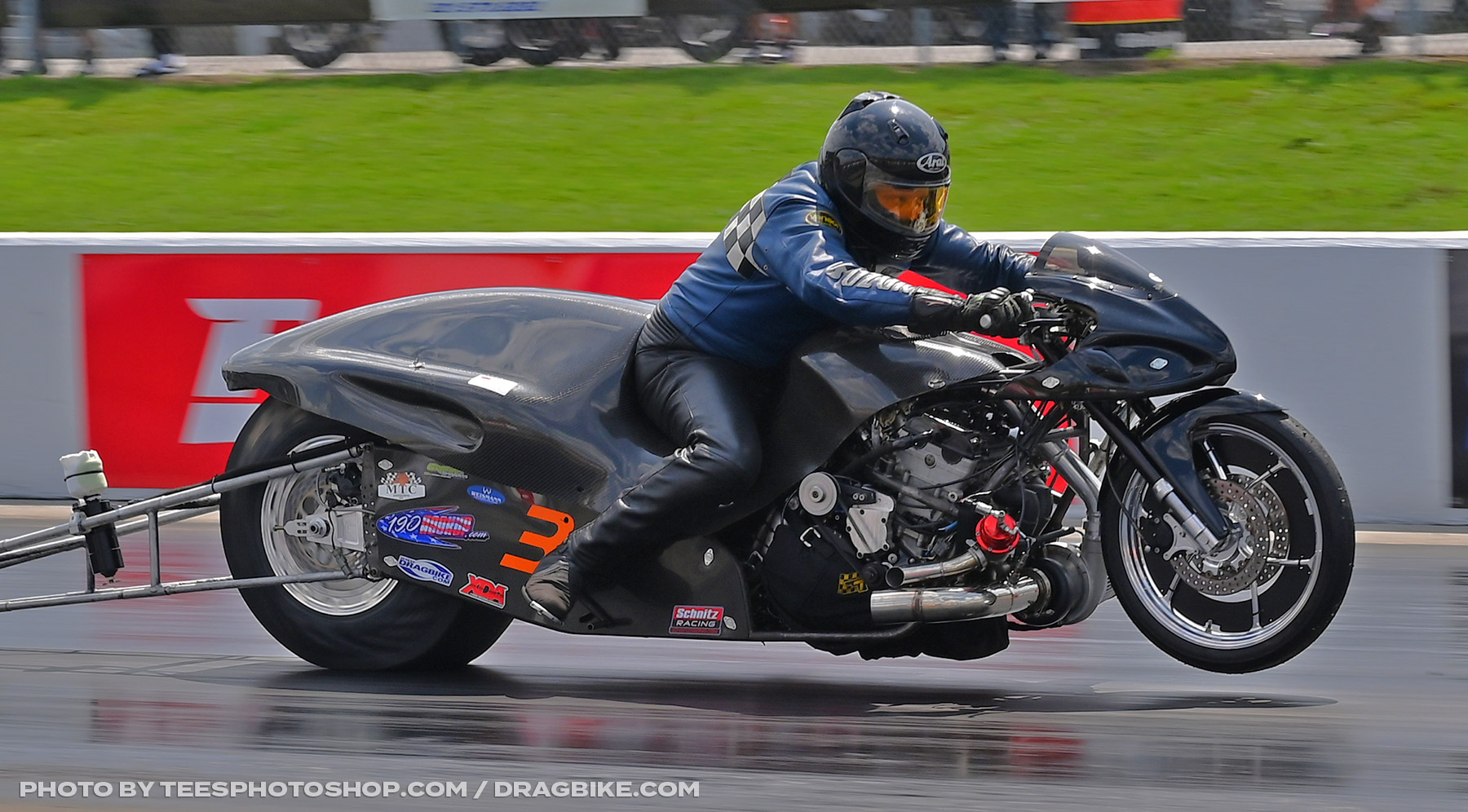 The HTP Performance Super Stock class will be under watchful eyes as the strict rules in this class require more rider skills than performance adders. Class champion David Fondon won the season opener but will face tough competition this year as riders are looking to knock him off his pedestal for the 2021 championship. Is Fondon unbeatable? 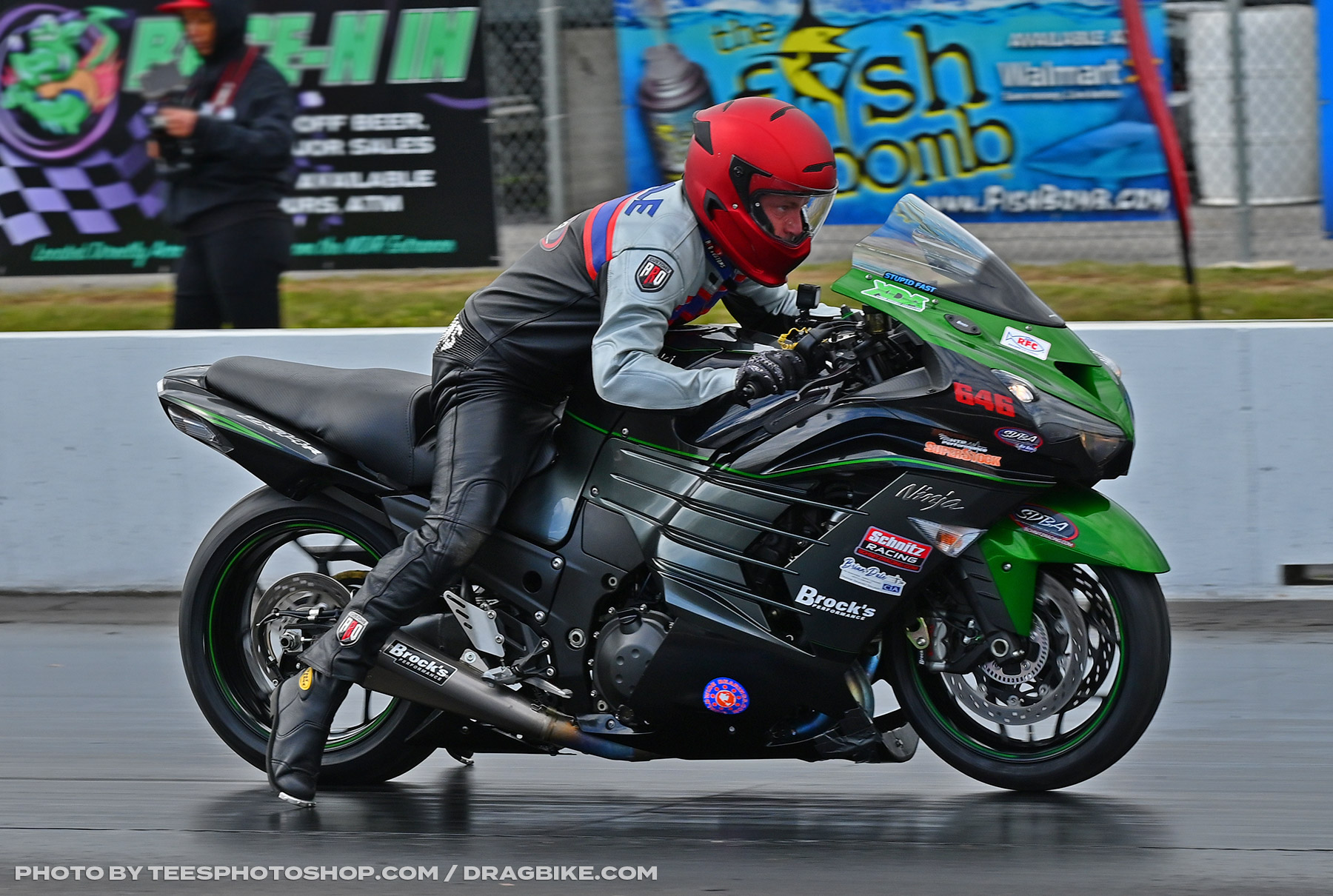 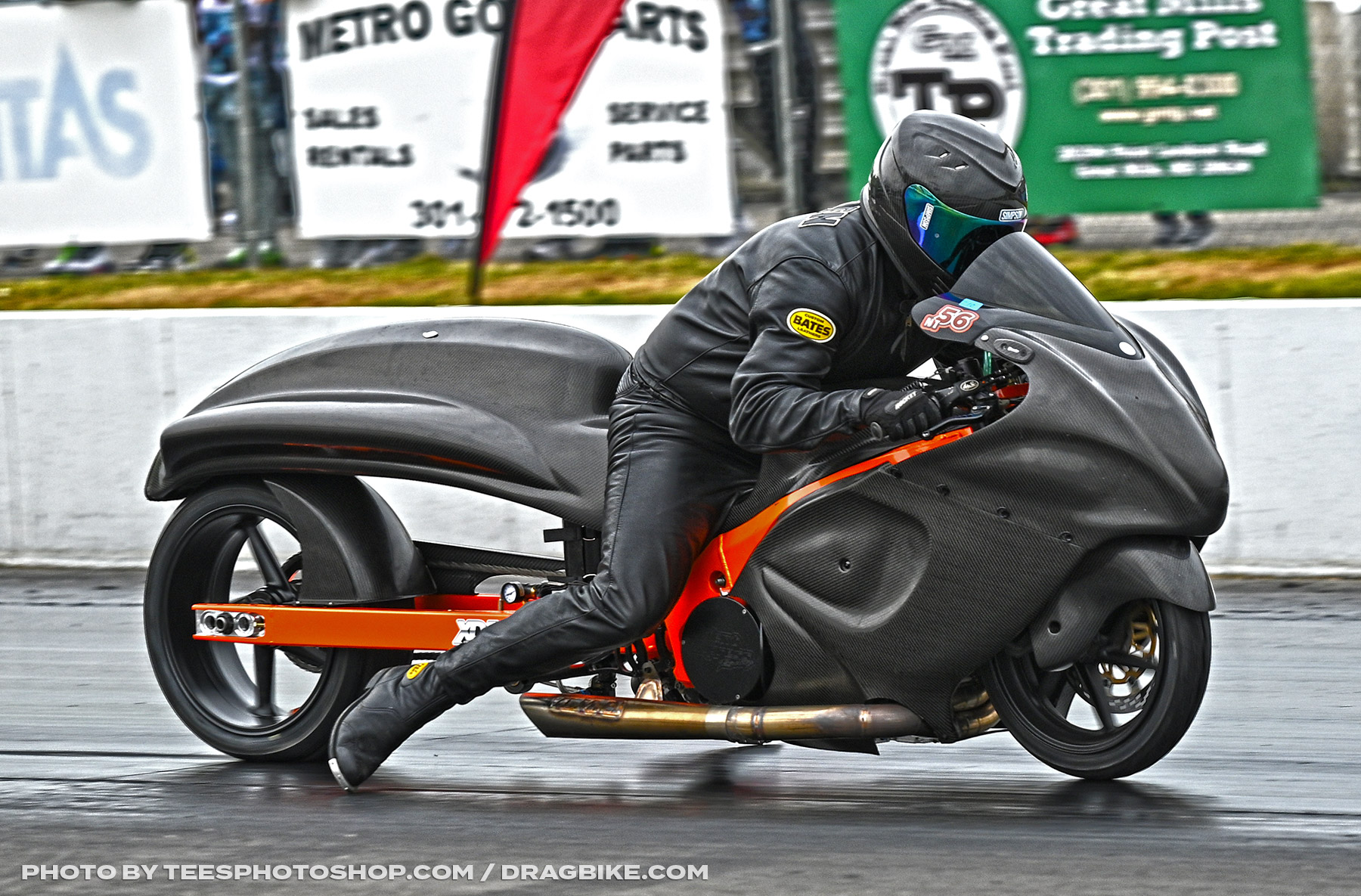 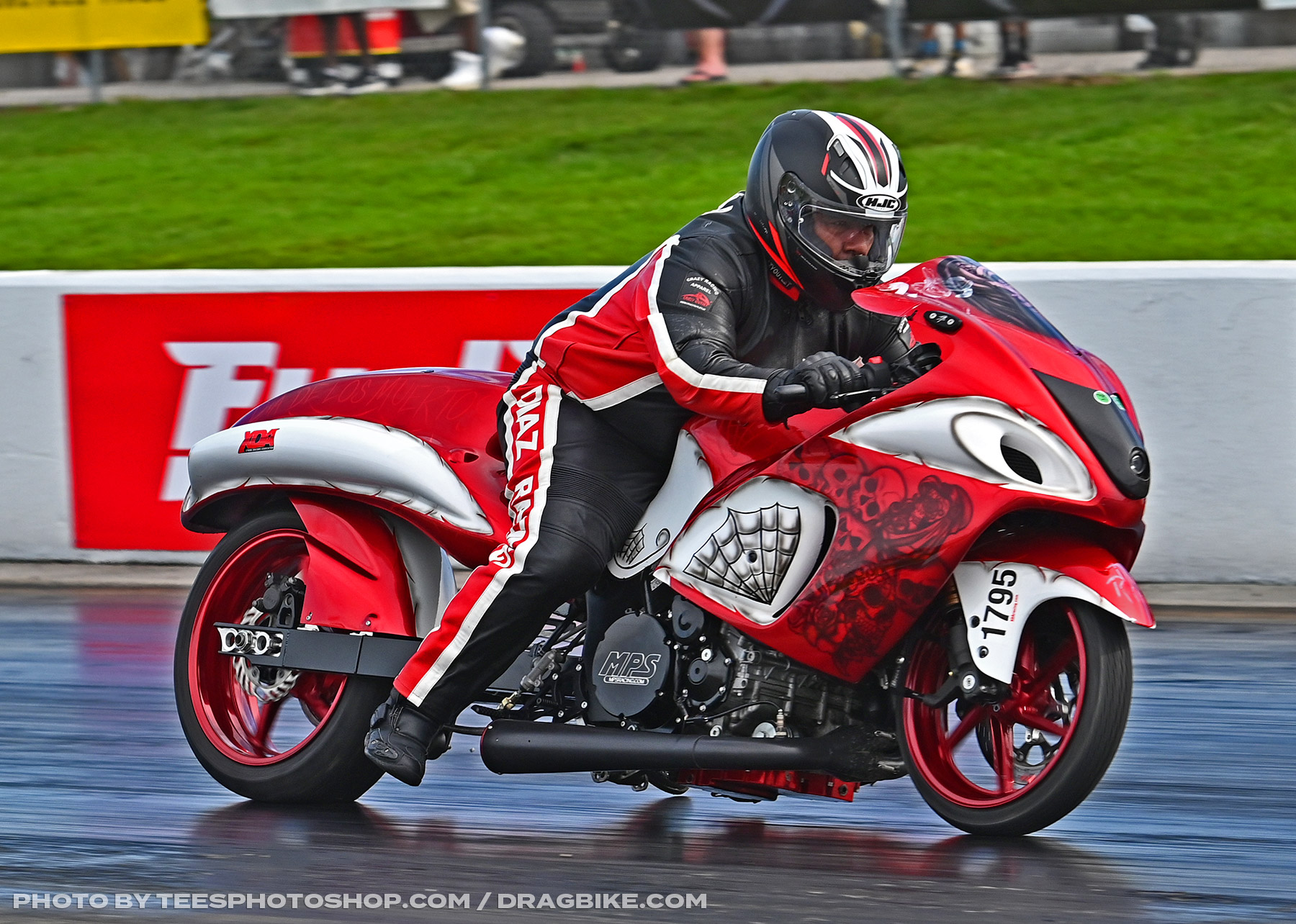 This event will feature a vendor midway full of great deals on motorcycle parts, accessories, and apparel. All-day testing on Friday, and Saturday Night from 5pm-11pm, you don’t want to miss the HTP Performance Afterdark Underground with Grudge Racing, Running of the Bulls and more Pro Qualifiers!

Suit up and head out to Virginia Motorsports Park in one week for an exciting weekend of motorcycle drag racing action on May 21-23.