The snow has melted, and the long-awaited return of the Miller Brothers has finally arrived. The Xtreme Dragbike Association (XDA) season gets underway April 27-29 at Maryland International Raceway™ (MDIR) with the best professional and sportsman motorcycle drag racers in the country.

Since their announced return in December, Chris and Jason Miller have been working non-stop to bring back the quality of racing you expect from them with an extremely organized program, at some of the best tracks on the East Coast. With the new season comes new tracks, rules changes, purse increases, and $120,000 in contingency funds. 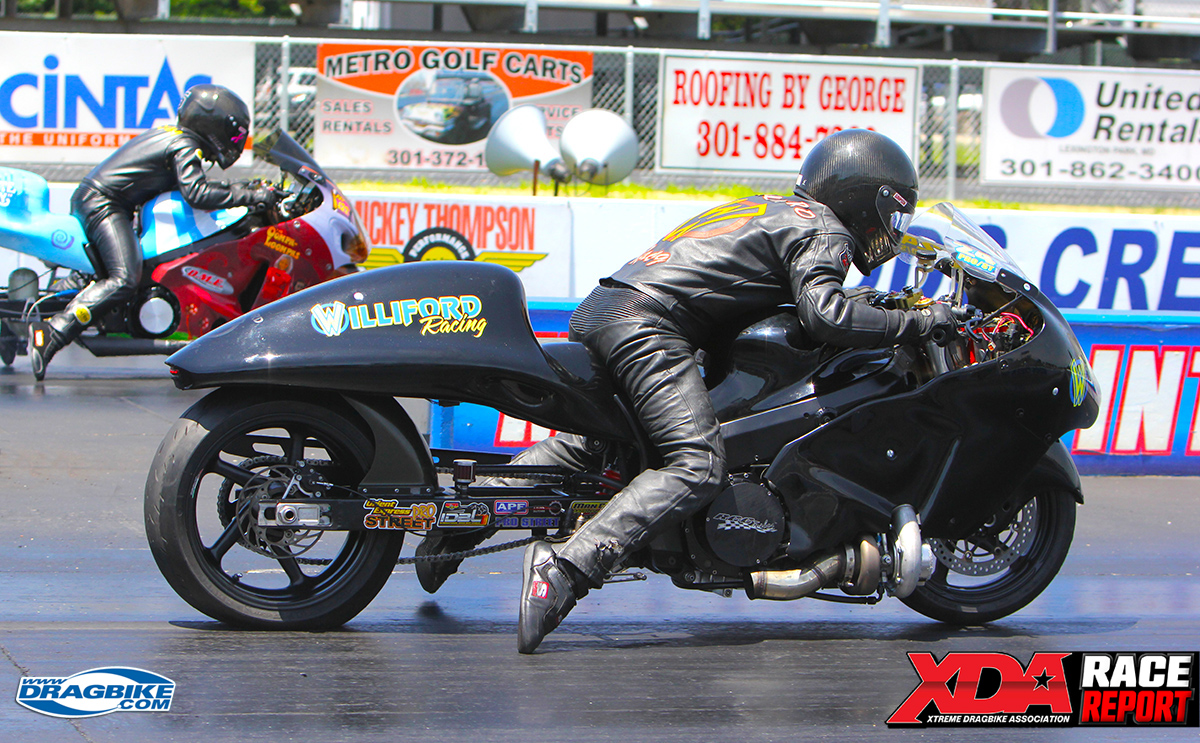 The Orient Express Pro Street class features the baddest street tire motorcycles in the world. Several rules changes were made in the off-season creating new possibilities for these 650+ horsepower motorcycles. These turbocharged, supercharged, and nitrous injected motorcycles are running at speeds over 220mph in the 1/4 mile in just 6-seconds! Williford racing dominated the class last year winning all four events, will they be able to hold on to that? The DME Racing team has several brand-new bikes to put into contention this year, not to mention Rickey Gadson’s new monster capable of running 6.60’s! Who is going to bring the right combination to the winner circle this year? That answer takes less than 7 seconds in this class. 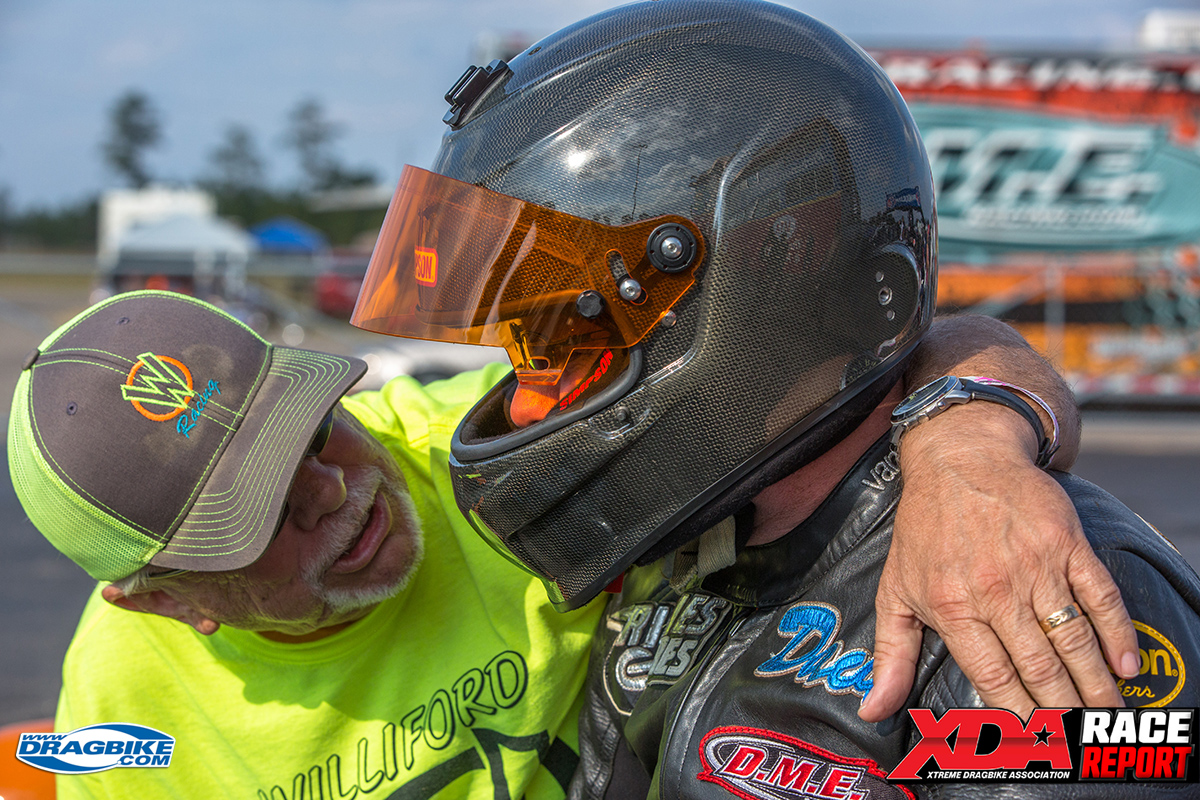 The DME Racing Real Street class is going to see some big bike counts in 2018. With many new builds going on in the off-season and off-season rule revisions, it’s looking very promising for this hand clutch class. Class new-comer Spencer Claycomb has been improving with every race and is out for a championship this year. Del Flores who has a deep history in Real Street, going back to the inception of the class, returned last year with the hopes of a championship. He finished only a few points behind champion David Stewart. Look to DME Racing Real Street for the most cut-throat action in 2018. 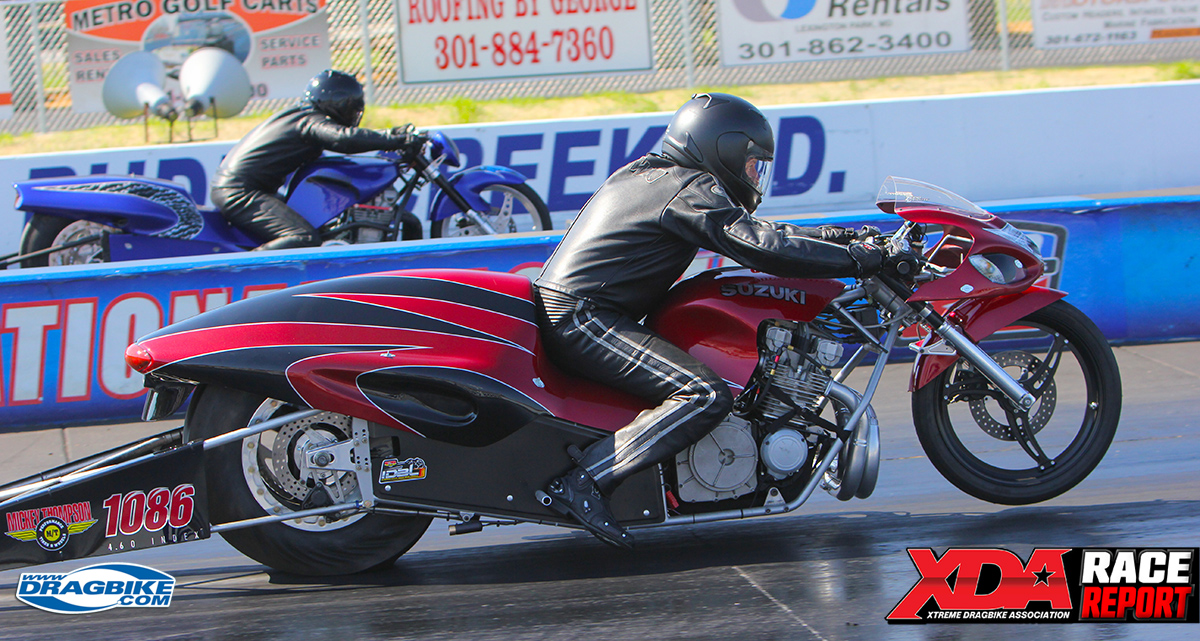 Vance & Hines 4.60 is the quickest 1/8th-mile index category in motorcycle drag racing. With only 660 feet of battleground, riders must be sharp as soon as the bulbs drop on this four-tenth pro tree. This class is so competitive, a repeat champion has never occurred since its creation in 2013. Former champions Kenny Cornell, Eran Pielert, Tyler Cammock, and Boo Brown will no doubt be fighting for this distinction in the 2018 season. But it won’t be easy, this class grows in numbers every year, and the racing continues to be fierce on this battlefield. 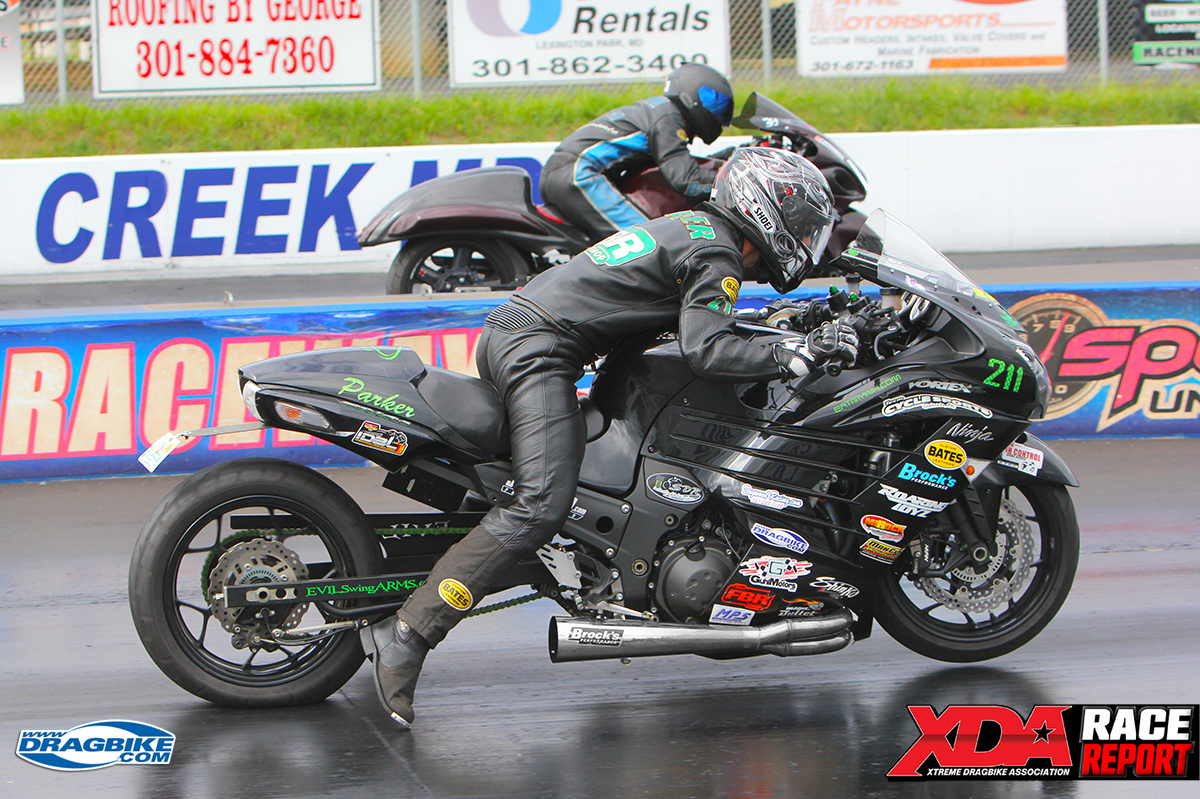 The FBR Shop 5.60 index class is designed for racers that want to enter side by side racing action on a smaller budget. But don’t let a budget fool you, this 1/8 mile, .400 Pro tree class is full of killers. With dragbikes and streetbikes together on an even playing field, you have to have a well-tuned bike and quick hand if you want to survive the first round. Champions like Jeremy Teasley and Mike Ostrowski will be sitting in the lanes at every race, and they aren’t giving away rounds. 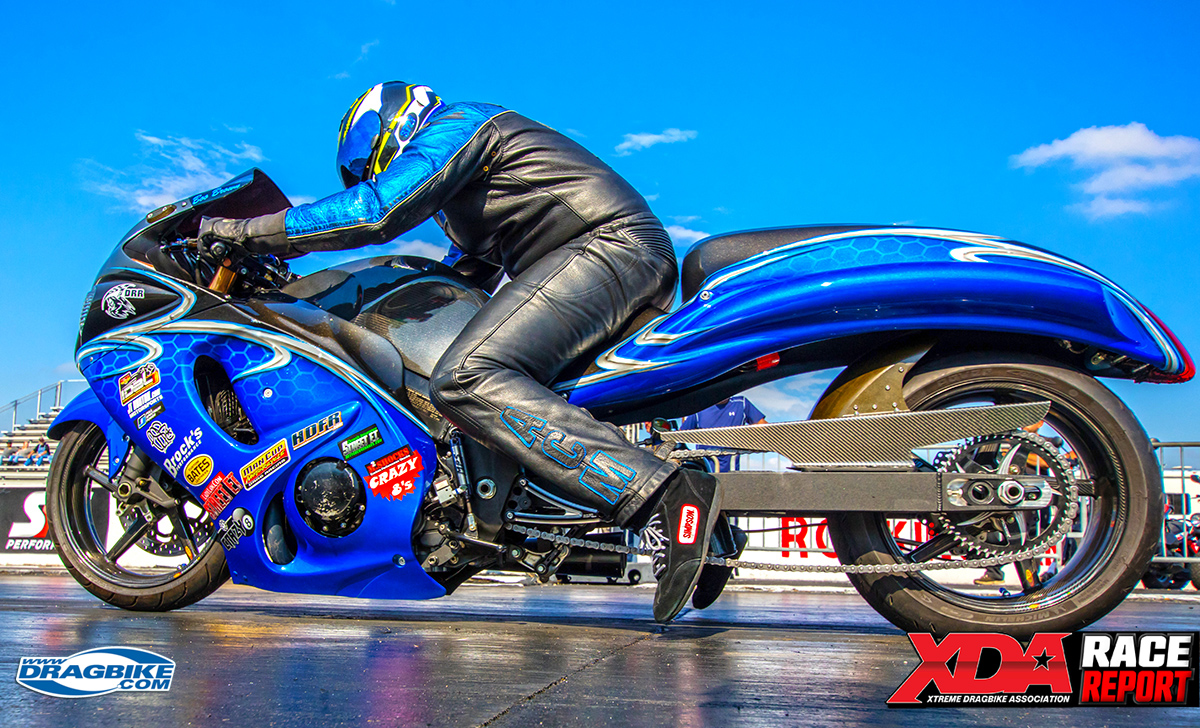 The Shinko Tires Crazy 8’s class will see a boost in payout for the 2018 season! This quicker index class continues to grow year after year, and XDA plans to reward that growth with an increased purse and no entry increase. This ultra-competitive category typically features over 50 entries with some racers bringing extra bikes just to compete in this class. Racers like Bob Carlson, Barry Pryer, Dustin Lee and former champion Stephen Knight are just a few racers you will have to get around just to take a round win. 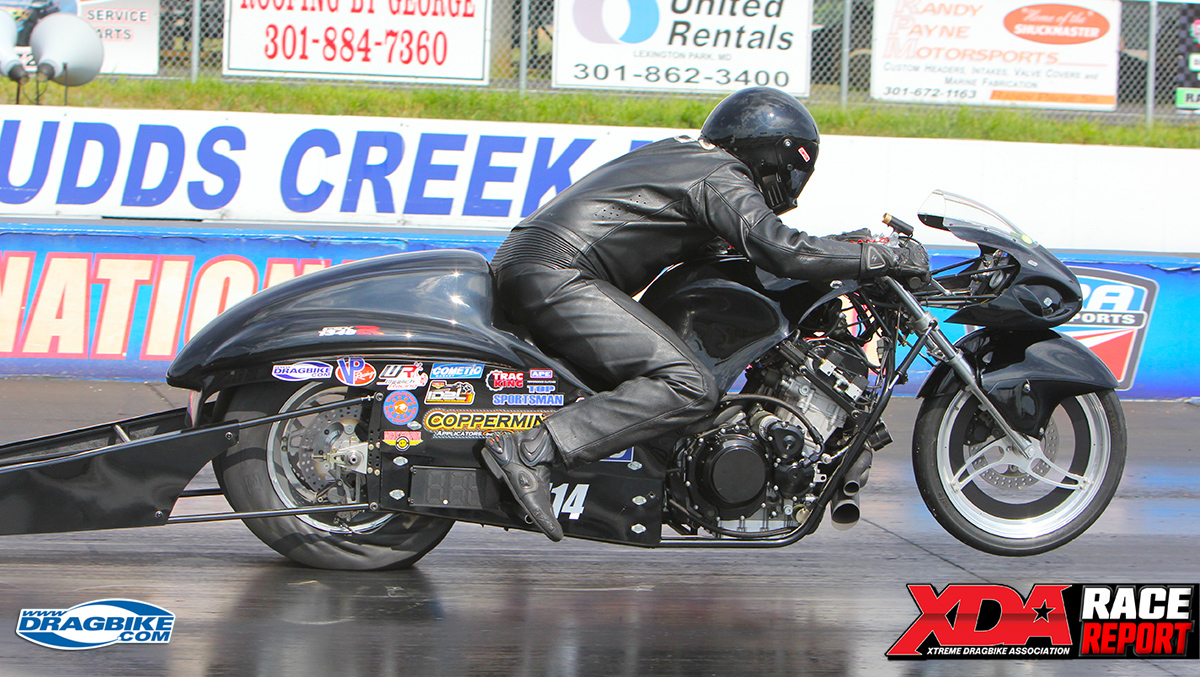 The Mickey Thompson Tires Top Sportsman class features the quickest bracket bikes in the country! Most of these motorcycles run in the 7-second zone with a 32-bike qualified field and run on a .500 full tree.

The bump spot for Top Sportsman ranges in the 8.20 – 8.40 range, but we predict bump spots will get quicker and quicker at every XDA event. 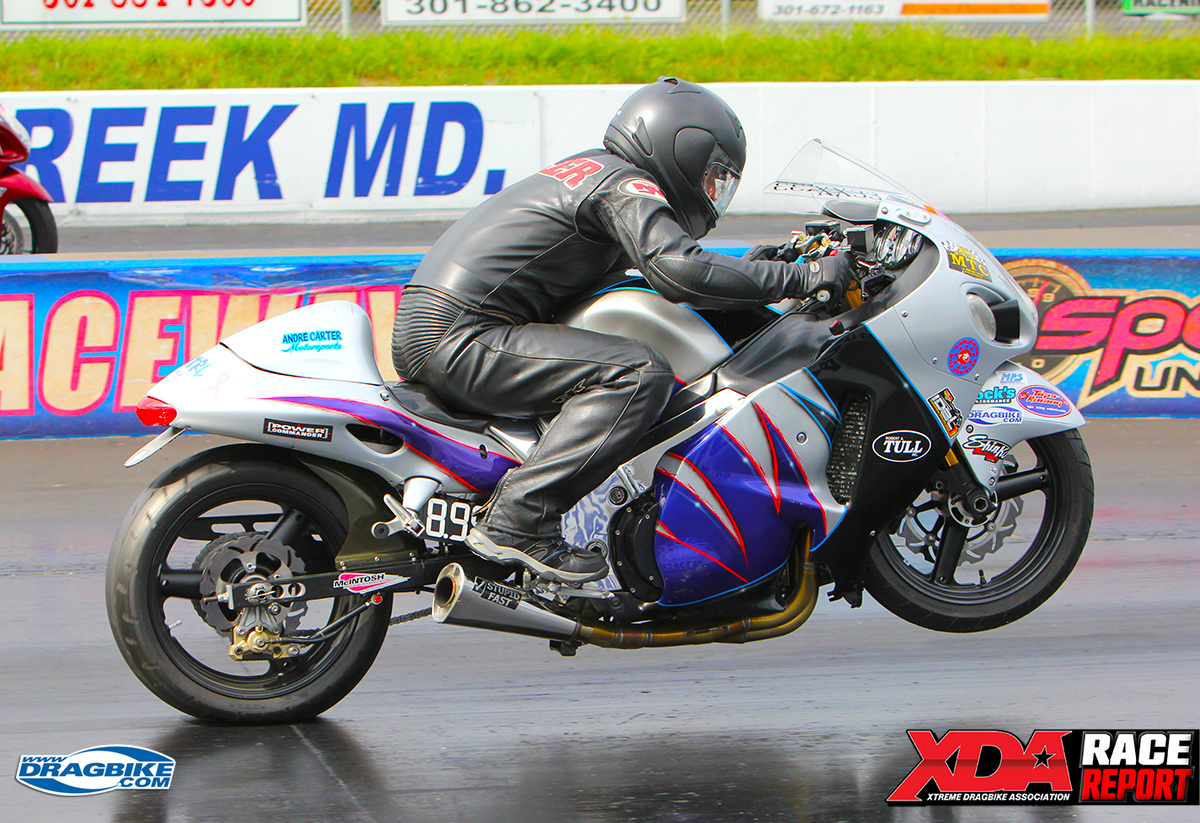 One of the most exciting changes for 2018 is the new E.T. points system. Now, racers that run well all year will make the Top 10 in points, and the racer that went the most rounds all year will be the Champion. This will reward the ET racers that are consistently winning rounds every event. 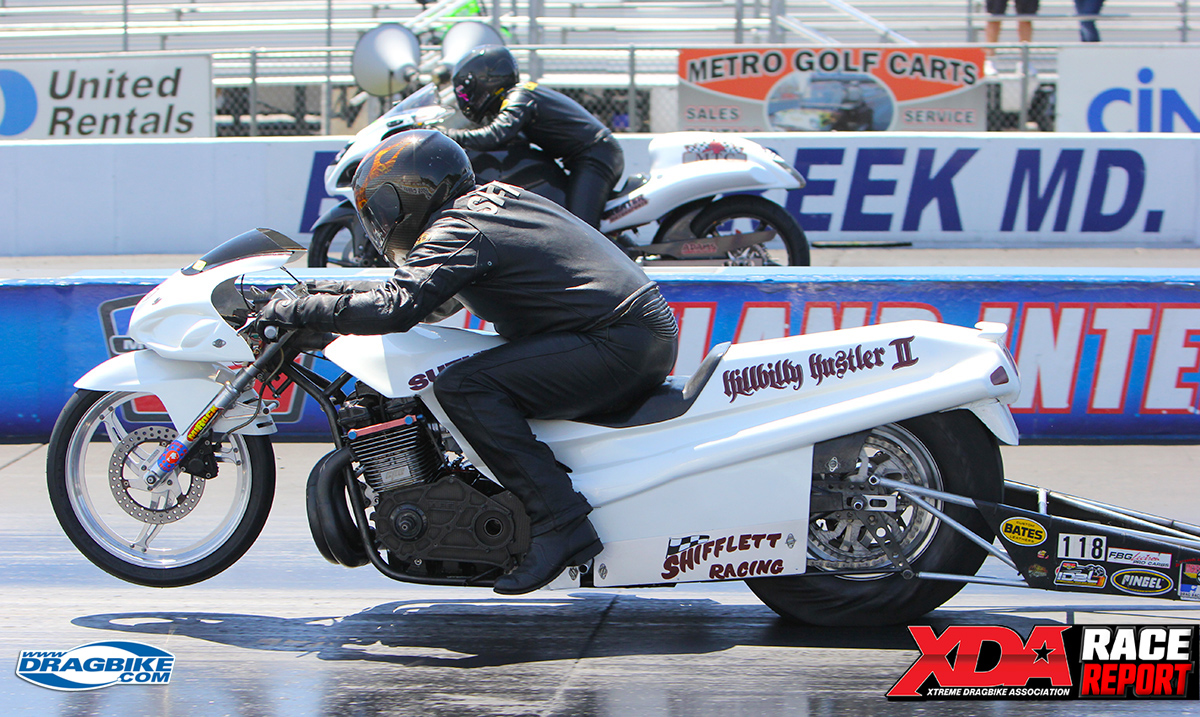 MPS Racing Pro ET is hands down the biggest class at every XDA event. With two races in one weekend, racers have a chance to win $9,000 in payout. And with so many different types of variables in one class, you have no room for error. Before you cross that finish line, you better look over and see where your competition is at. You might think you are winning, but you just might be breaking out! 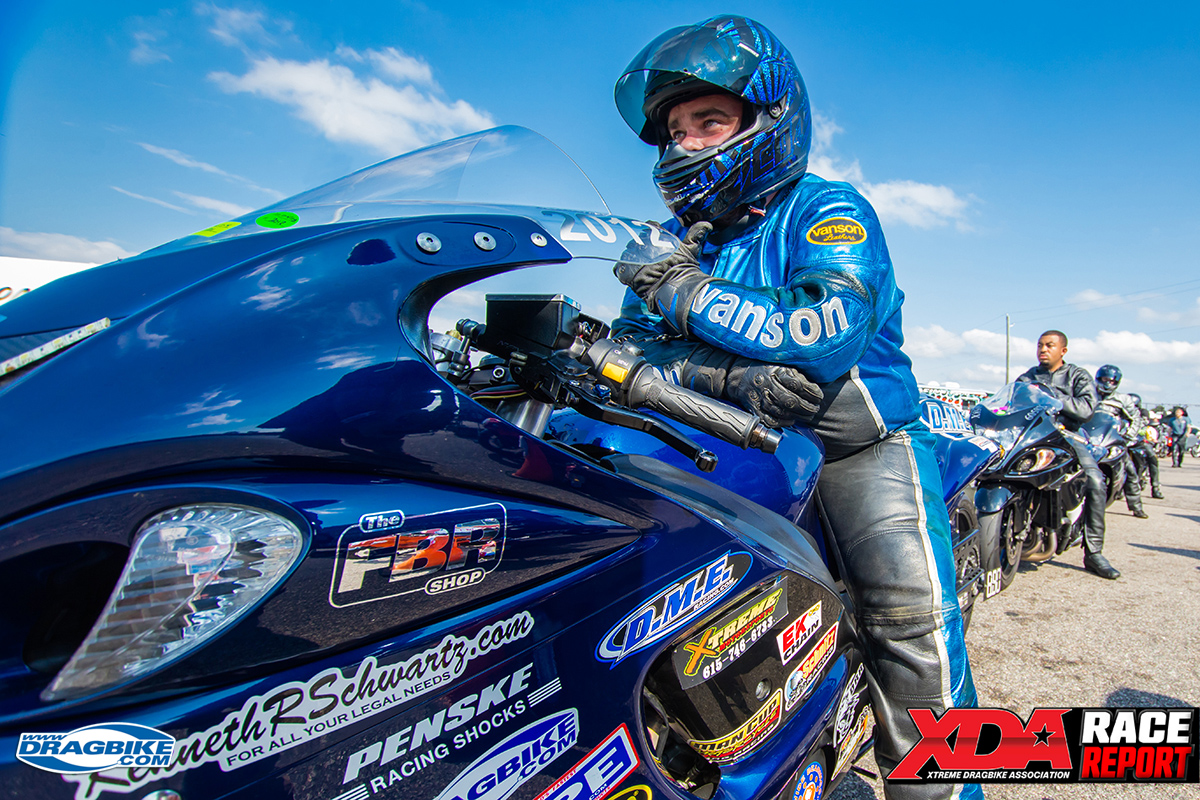 The Brock’s Performance Street ET class will also take advantage of the new E.T. Points system. This sportsman class is for street legal motorcycles only and is great for new riders that are looking to get into the sport. Learn how to race against the best! In any round, you could be lined up against a brand-new rider or someone like Shayne Proctor or Michael Herman. And the 2017 Champion Dustin Lee will be lurking in the lanes, so there aren’t many places to hide when it’s time to pair up. 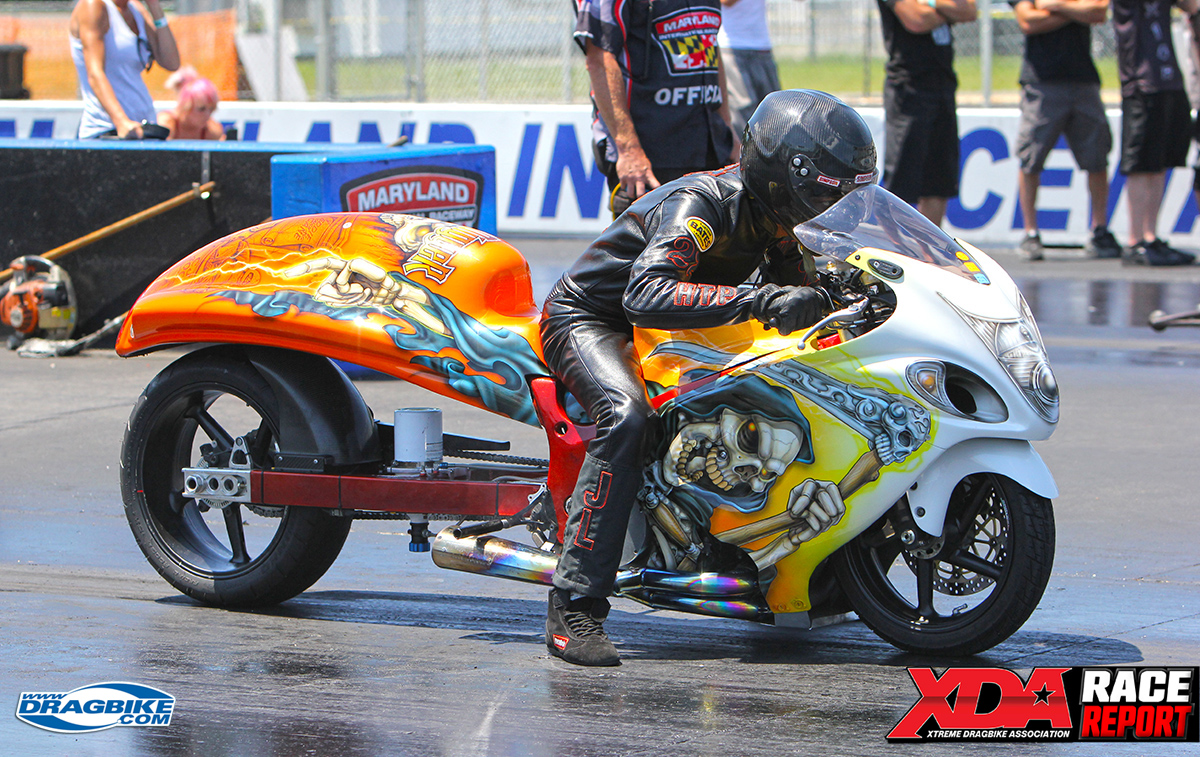 2018 is going to be an excellent year for HTP Performance Grudge Racing with the XDA. Grudge Entry will not only allow you to run with every Pro session Saturday and Sunday but also during Friday Test & Tune. “We will provide Grudge Racers with the best track prep in the country, bar none! The HTP Performance Grudge Class will run right behind the pros every session, so you know the track is on kill!” stated Jason Miller. The Miller’s are also working with Cecil Towner from HTP Performance on some special Grudge Heads-Up Shootouts that will be run at select XDA events this year. Stay tuned for more details on those coming soon.

The 2018 XDA season promises to be one of the most exciting and action-packed seasons in recent memory. With over 700 racers attending events from all across the world, a massive vendor midway, thousands of fans, legendary Jason Miller track prep, outstanding media coverage and a dedicated team of XDA officials at the helm, the XDA is the place to be for the 2018 motorcycle drag racing season.