XDA Heads to VMP for Last Virginia Race in 2021

XDA Heads to VMP for Last Virginia Race in 2021

On September 10-12, the XDA Motorcycle Drag Racing series returns to Virginia Motorsports Park for the Inaugural Bike Brawl. This must-attend event is the sixth stop in the seven-race tour.

The event features the Orient Express Pro Street class running at speeds over 230 mph in only 6-seconds, and the “Running of the Bulls” Grudge Program on Saturday night with the baddest Grudge racers in the game!

Over 700 Professional, Sportsman, and Grudge motorcycle racers will also be in competition all weekend long, battling it out for over $80,000 in cash purse at this event.

Orient Express Pro Street
The battle for a spot at the 25th annual Haltech World Cup Finals presented by Wiseco at Maryland International Raceway is coming down to the wire. Kenny Brewer, Ryan Bonitatis and Darion Payne sit outside of the top ten in points with two races remaining. If they want to compete in front of 40,000+ fans, and a chance to win the $5,000, they need to gain points next weekend and bump out their competitors. Only the top ten will be invited to compete in the Pro Street Shootout sponsored by Platinum General Services on November 3-7, 2021. 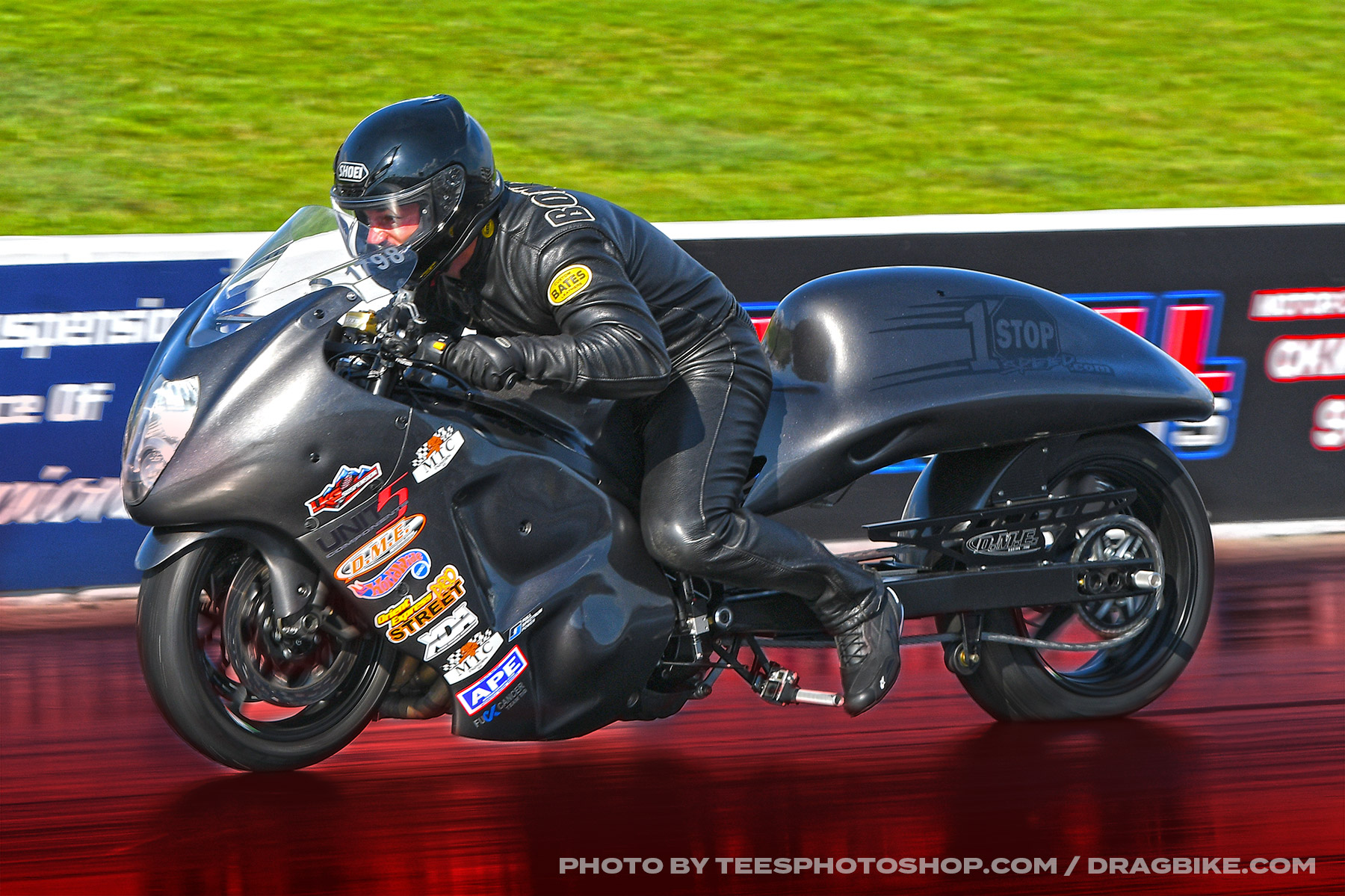 The Bike Brawl will also feature the Orient Express Racing Pro Street Bike Bash finals during qualifying on Saturday. Justin Shakir will be looking to make it into his first XDA Pro Street winner’s circle, while Rodney Williford will be trying to hang on to his undefeated winning streak this season.

DME Racing Real Street
The DME Racing Real Street points battle is hot right now with Mark Hylton overtaking the points lead from David Stewart. Hylton has a thirty-eight point lead, which doesn’t include the unfinished race that still has to be contested next weekend against Trevor Schnitz. 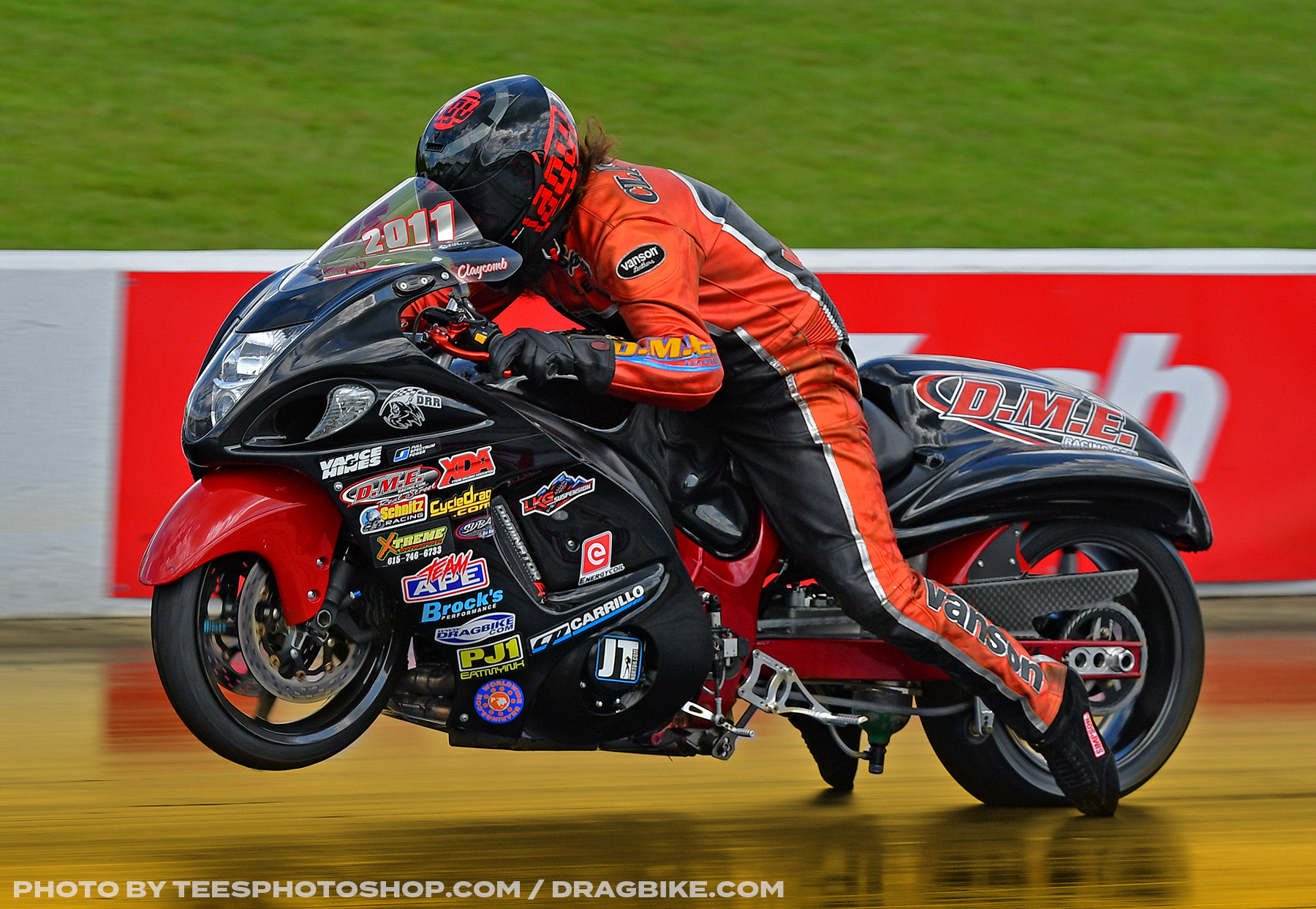 David Stewart will be looking for a fight as he tries to climb his way back to the throne while also holding off class champion Spencer Claycomb from gaining points.

MaxxECU Pro Xtreme
The 1/8 mile heads-up class of MaxxECU Pro Xtreme features Turbocharged, Supercharged, and Nitrous Injected wheelie-bar monsters. And Chris Garner-Jones sits at the helm of this class with a one hundred and thirty-six point lead. John Collins has been Garner-Jones number one rival this season as these two have met in the finals three times. Will next weekend be another battle for these rivals or will Travis Davis, Chris Cutsinger, or Rob Garcia work their way into the final? 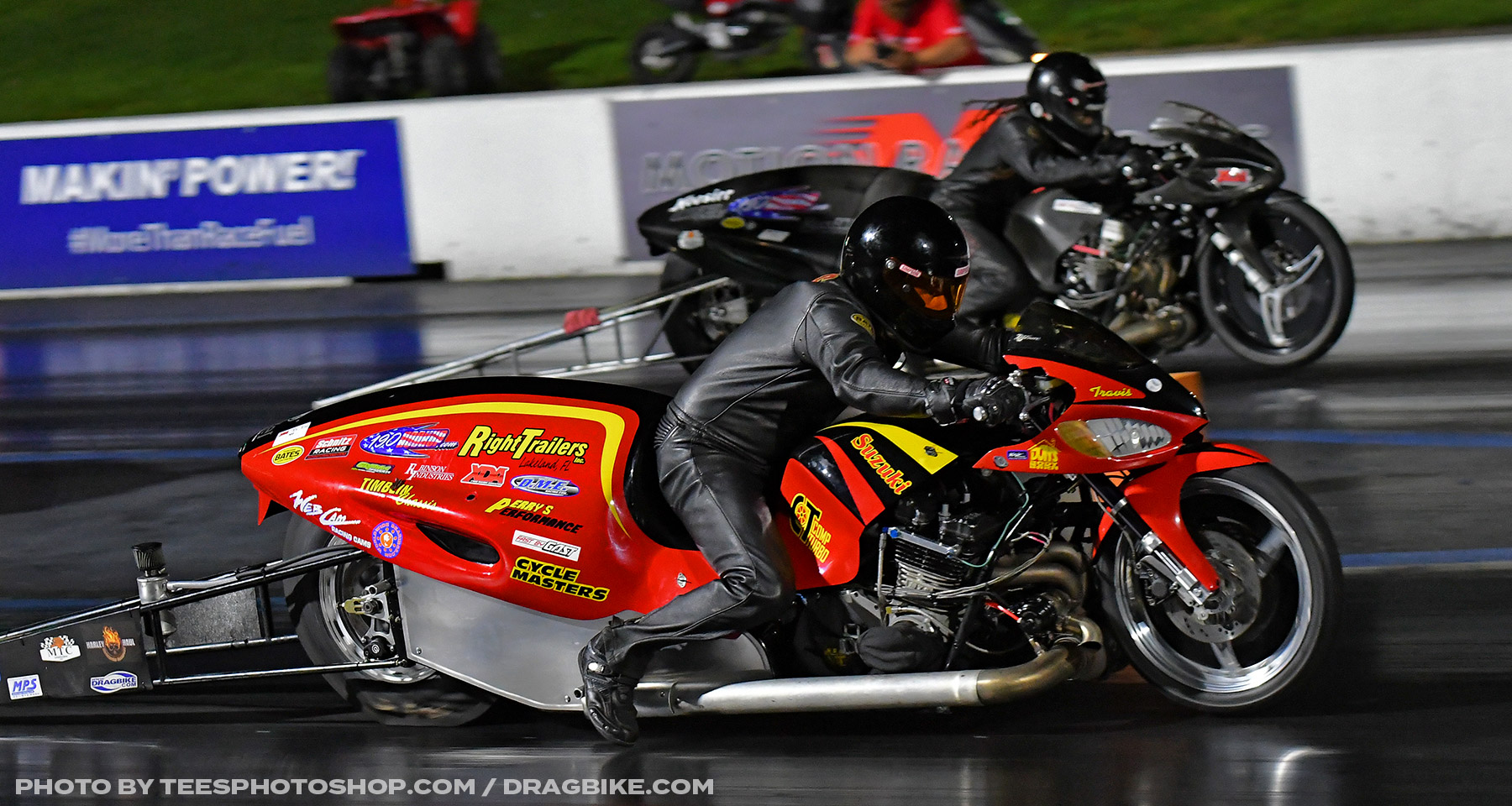 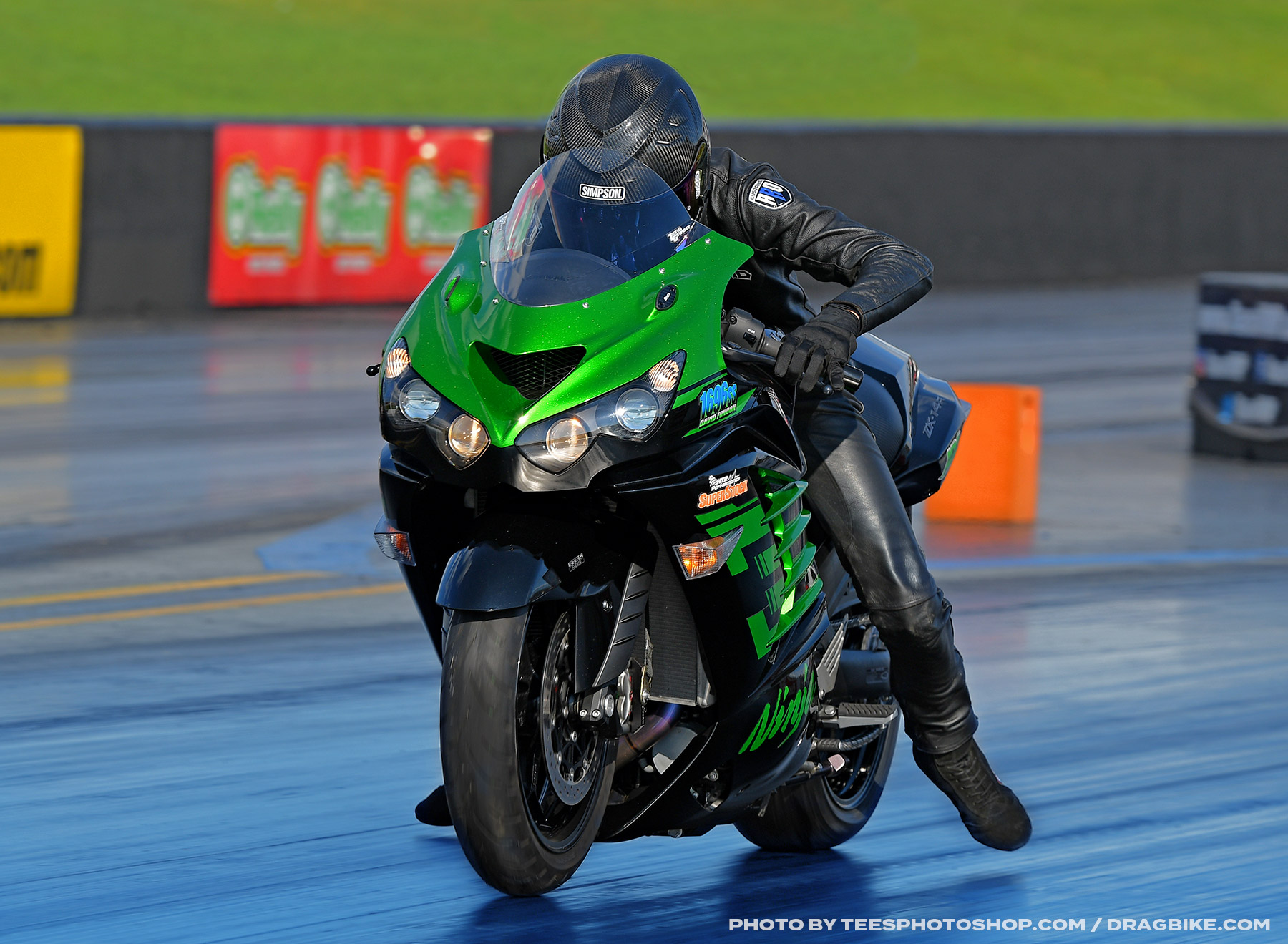 HTP Performance Grudge
The HTP Performance Grudge racers will be ready to get back on the best-prepped racing surface that these racers can find in the country. The performance is evident when you see these rockets launch down the eight-mile looking to outrun their opponent for that stack of cash. 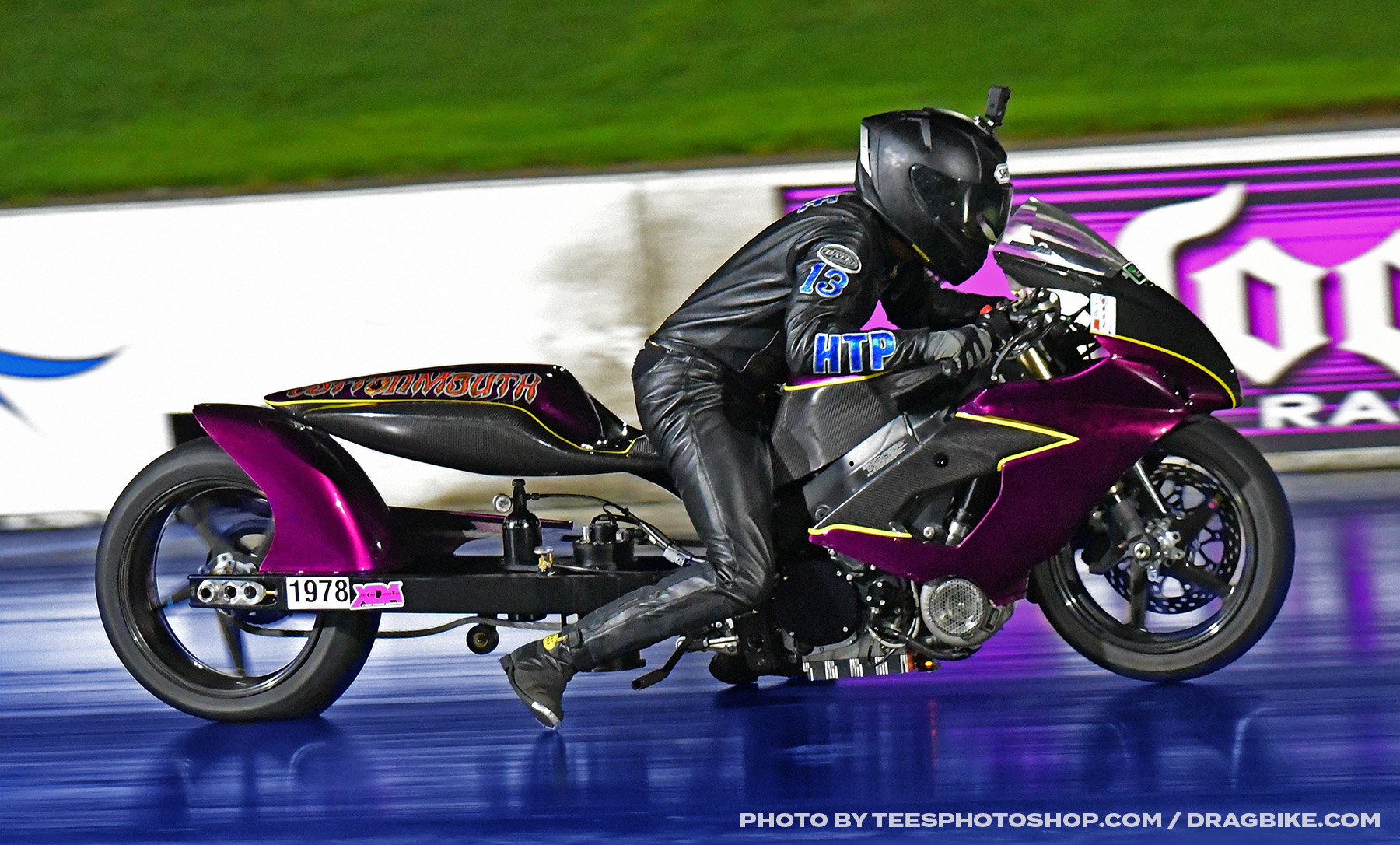 These last two races will be thrilling as these no-time racers are looking to make their mark with a 2021 championship. It’s time to put up or shut up.

Vance & Hines 4.60 Index
In Vance and Hines 4.60, Ronald Procopio has a mere twenty-eight point lead over the class. Shayne Proctor, who was on a winning streak and poised to take over the top spot, took a first-round loss at the Bike Bash last month. Proctor, Mac McAdams, Broderick Jackson, Jim Jordan and Troy Hausmann are all in firing distance to make some moves next weekend. 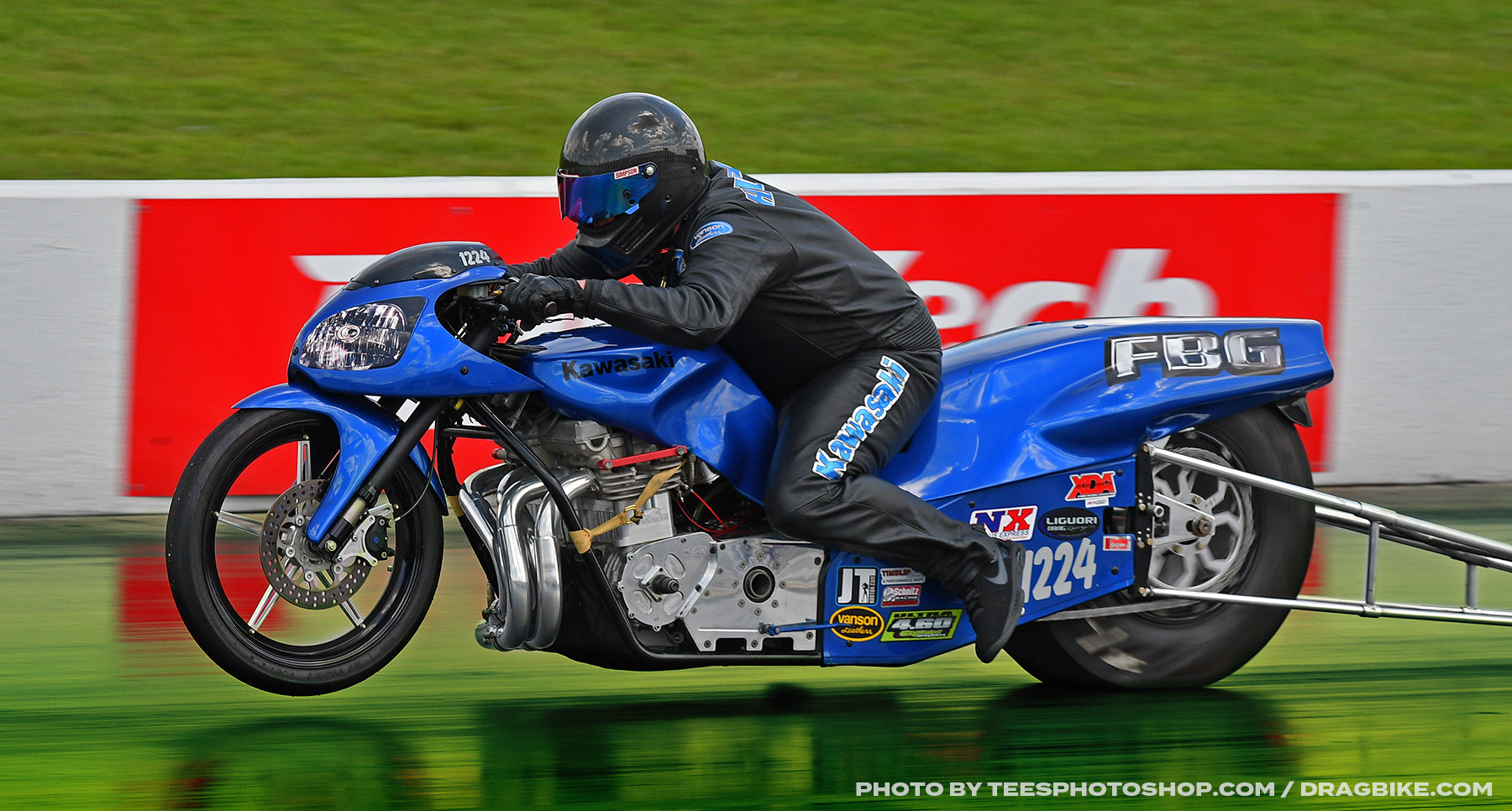 1 Stop Speed 5.60 Index
The 2020 Champion Dustin Lee is on track to defend his 1 Stop Speed 5.60 Championship. Lee currently leads the class by one hundred and seventy-one points. If Carson Fields, Jimmie Miller or Nick Noble want the championship, Lee needs to lose the first round at the final two events, and they need to finish with wins. 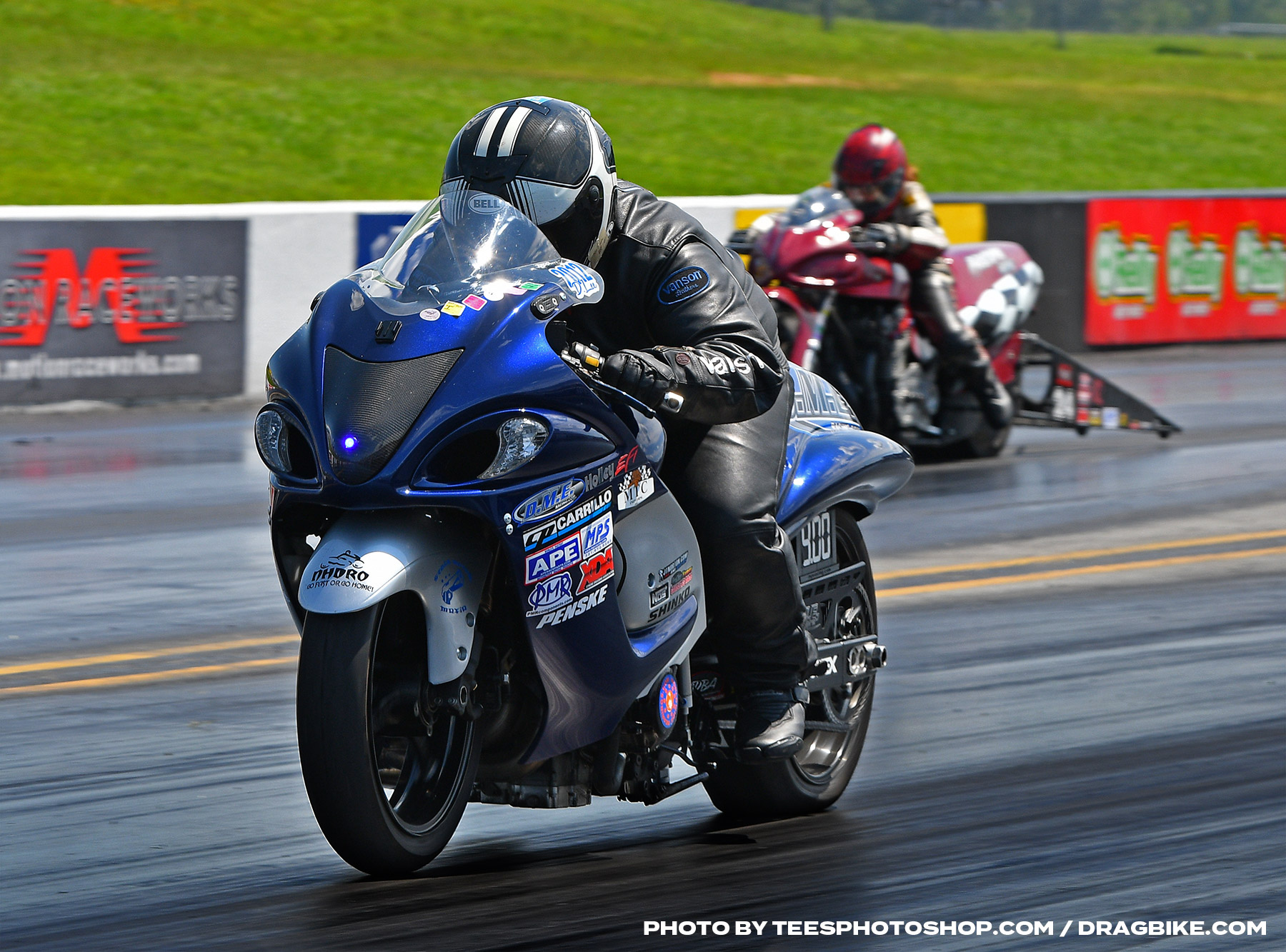 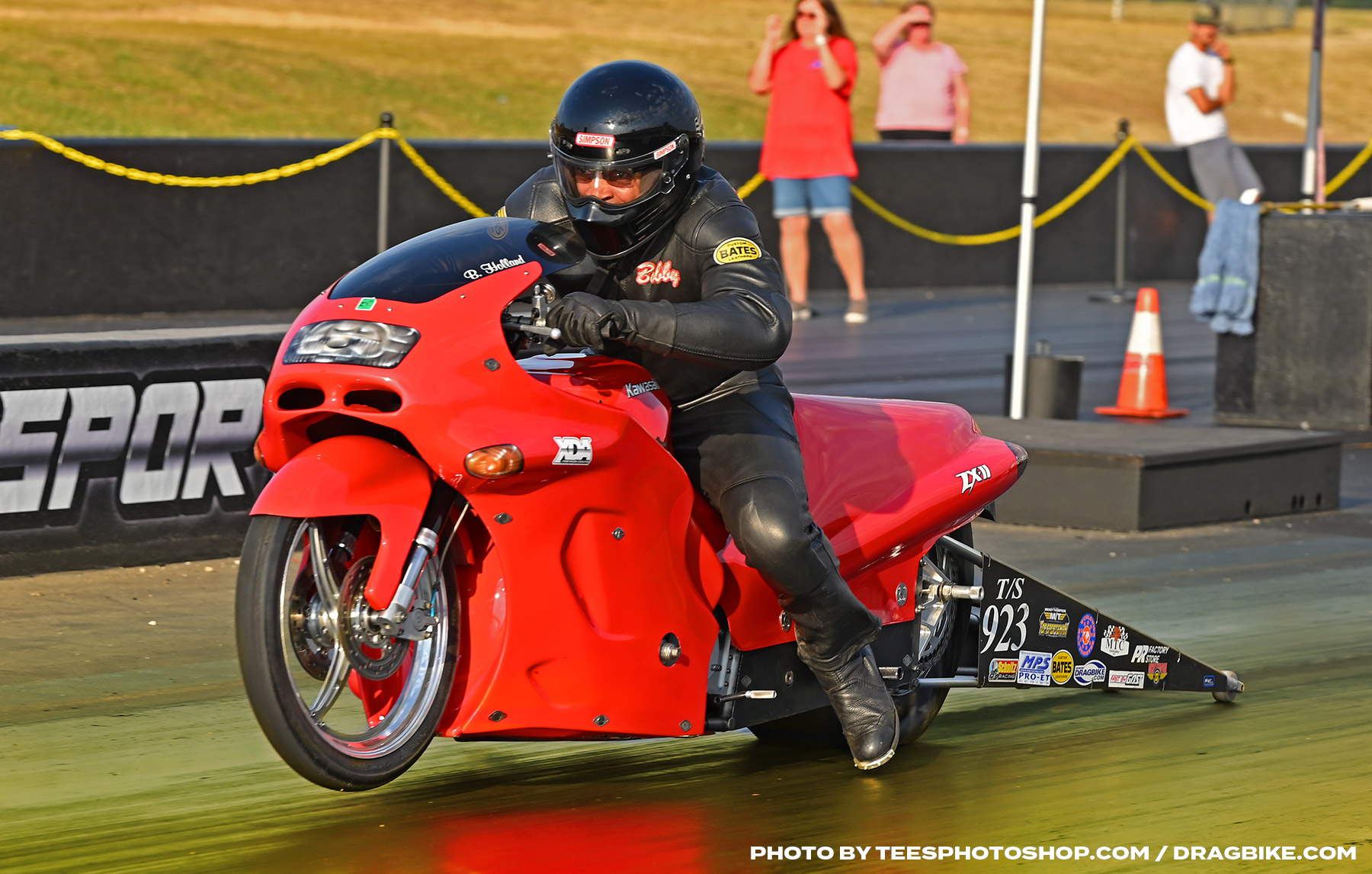 MPS Racing Pro ET
Jeffrey Santin has dominated the sportsman ranks all season, and with a fifty-two point lead in MPS Racing Pro ET he needs to stay two rounds ahead of Dale Hamilton for the last two races to take the 2021 season championship. And Hamilton isn’t going to give it away without a fight. 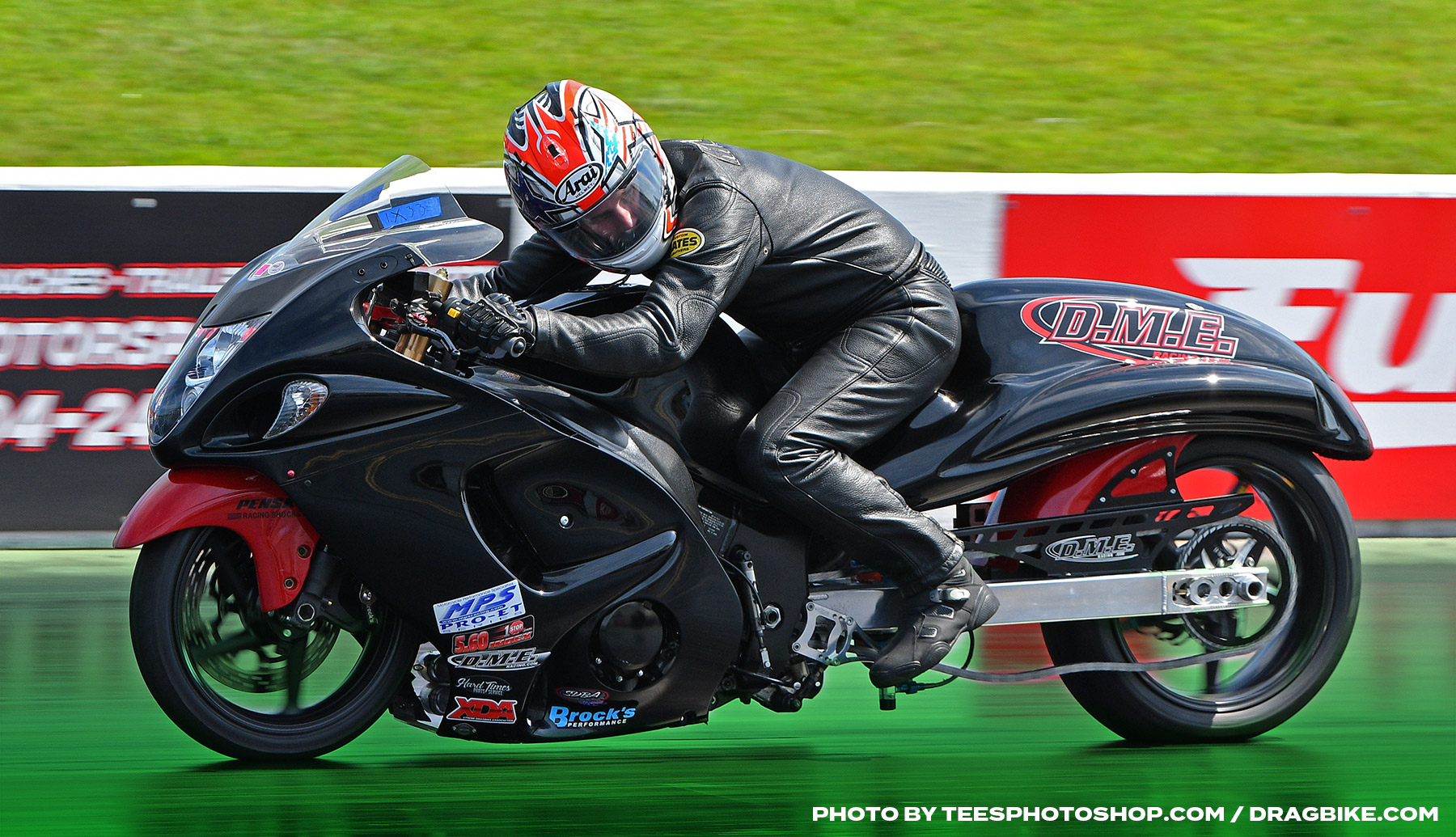 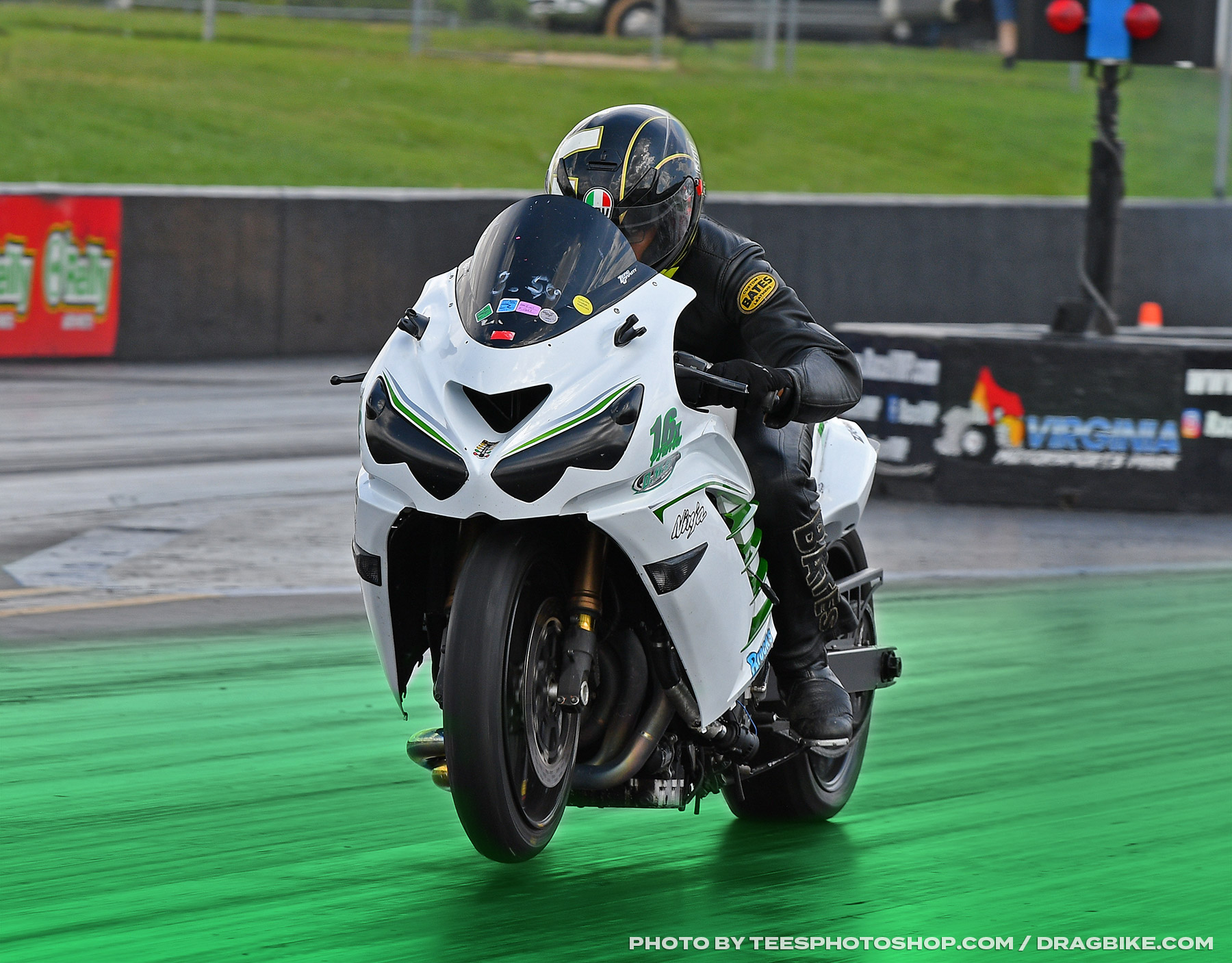 And don’t forget the vendor midway will be full of great deals on motorcycle parts, accessories, and apparel. Saturday Night from 5pm-11pm, you don’t want to miss the HTP Performance Afterdark Underground with Grudge Racing, Running of the Bulls, and Pro Qualifiers!

Make plans now for our last round of motorcycle drag racing at Virginia Motorsports Park this season. Gates open on Friday at 8am, and the action lasts for three whole days! That’s a great deal for a $40 weekend pass, and kids 11 & under are always FREE!

XDA prides itself on having a close-knit group of racers. Below you will find a list of racers attending this event, along with links to class-specific groups that you can access to talk to other racers and get your questions answered. Together we are strong.