The Xtreme Dragbike Association is ready to perform at Maryland International Raceway with the 20th annual Platinum Fleet Repair Bike Fest on July 24-26, 2020.

The quickest and fastest street bikes in the world were sidelined last month after the first event of the year fell victim to Mother Nature. And with a 3-month delayed start to the 2020 season due to COVID-19 already, the XDA motorcycle drag racers are hungrier than ever to get on the track and perform.

XDA racers will be battling for over $75,000 in cash purse at this event, along with over $160,000 in contingency prizes. Racers and crew alike will enjoy a vendor midway full of great deals on motorcycle parts, accessories, and apparel.

New for 2020, the XDA has added a Car-Truck-Bike Show to all of its events. The non-judged “Car-Truck-Bike Show” is good for the whole weekend and is the same cost as pit parking. ANYONE and ANY vehicle can enter and bring up to 9 crew members with each vehicle.

XDA Cornhole Tournaments are also new for 2020 on Friday and Saturday nights with three sets of cornhole boards in play with a $50 buy-in per team, with a total of 10 teams permitted to play for a total pot of $500 per night. 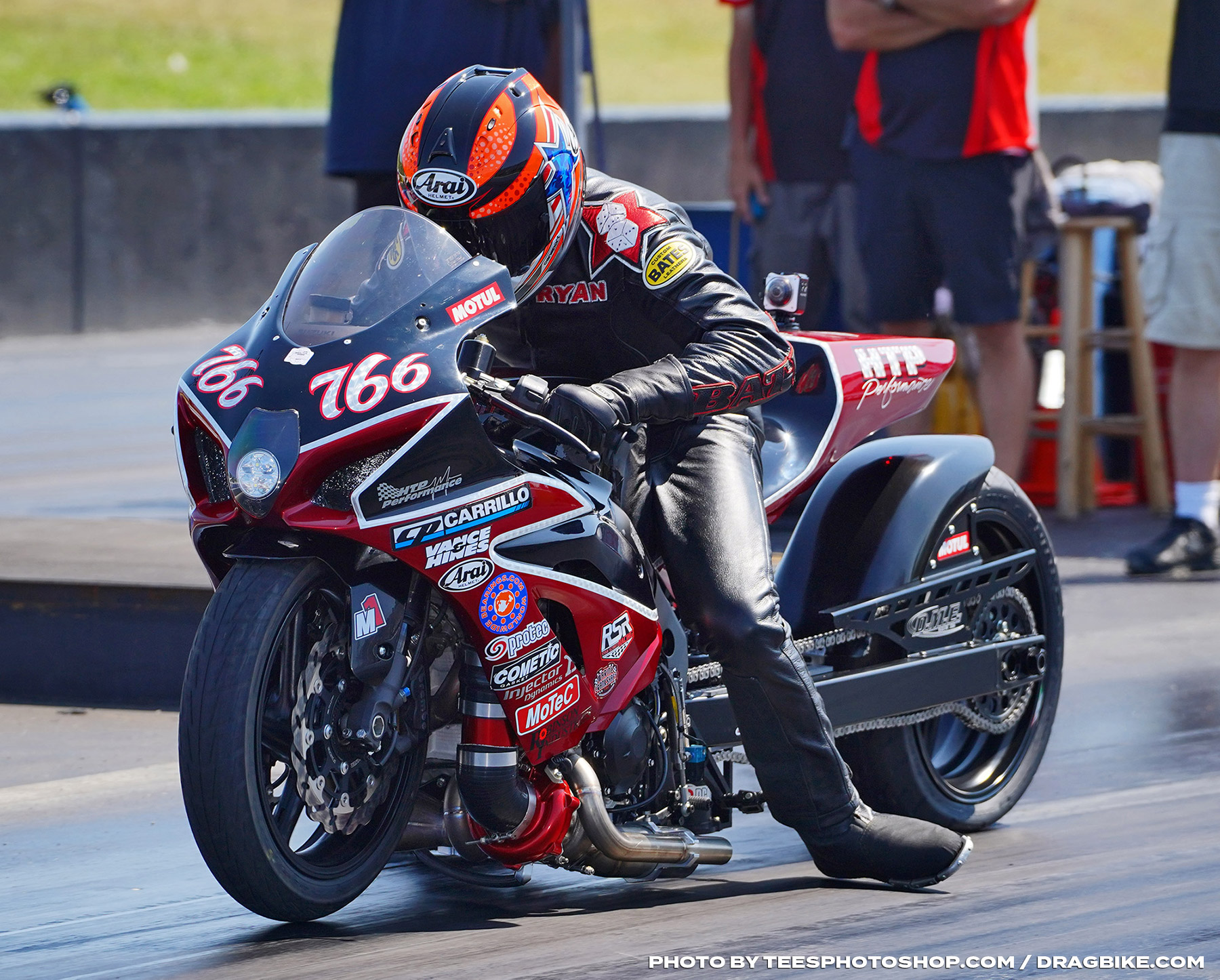 The Orient Express Pro Street class features 6-second, 220+mph and XDA will have over twenty bikes on the property. With an added month to prepare, a few riders were able to take advantage of the time to finish up new bike builds that will meet rubber for the first time at this event. And a few veterans made significant changes in hopes of laying down big numbers this month. And with the current class records sitting at 6.384 and 232.59 in the quarter-mile, we are eager to see how next weekend plays out.

The DME Racing 7-second, 190mph Real Street class, is designed for street‐legal sportbikes with limited modifications and a hand clutch. Next weekend XDA will welcome a third female racer to the class, Brittany Bohne. Bohne will join Alisha Malone, and Ashley Sweeney as the trio will face fifteen male competitors. The great thing about drag racing, the scoreboard doesn’t care what sex you are; once the bulbs start dropping, everyone has an equal playing field. Who can break the class record of 7.539 held by Jeremy Teasley, that’s what we want to see this year. 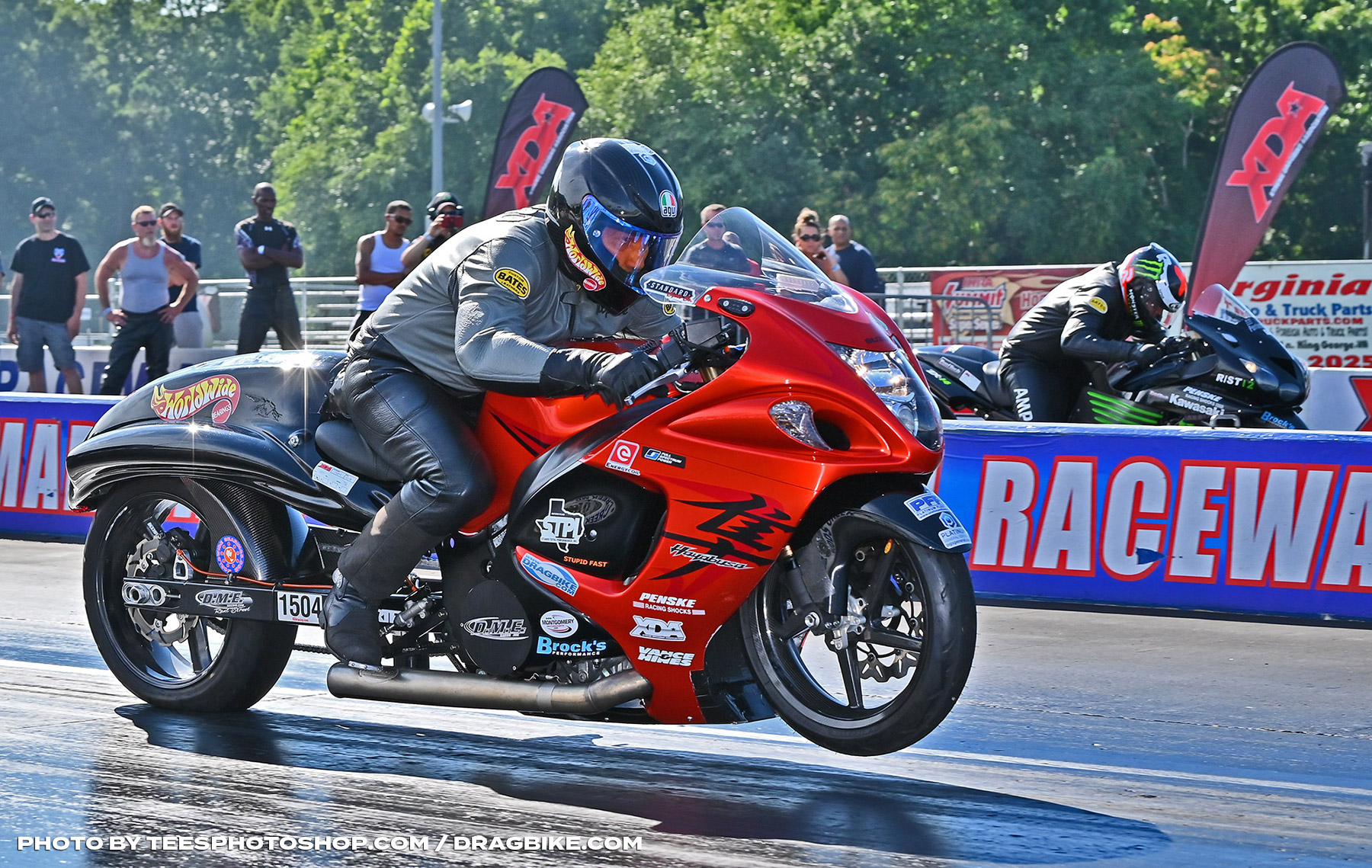 The highly anticipated stock wheelbase HTP Performance Super Stock class already has twenty-two racers prepared to show out in the new class. These 4‐stroke naturally aspirated production machines MUST be motorcycles sold initially for street use. This class features strict modification rules, stock wheelbase, stock motor, MR12 spec fuel, no air shifters, no dataloggers, etc. Whoever has the best clutch hand will own this class. This rider’s class will see a full field next weekend with over twenty racers on the pre-race roll call, including NHRA Pro Stock motorcycle teammates Joey Gladstone and Cory Reed. While Gladstone is a proven rider on bikes with no wheelie-bars, he will have stiff competition from veteran riders like Rickey Gadson, Richard Gadson, and Jeremy Teasley.

Vance & Hines 4.60 class is the World’s quickest index class that originated with the XDA’s predecessor MIROCK in 2013.  This class started as a twelve-bike field that has grown to average participation of forty bikes per event. The bikes in this 1/8th-mile sportsman index category attract some of the biggest names in motorcycle drag racing. They make their four-second passes in a span of only have 660 feet. With little margin for error, their reaction times at the starting line will make or break their run. Vance & Hines 4.60 is a fun class to watch and bet on, both during qualifying and race day. 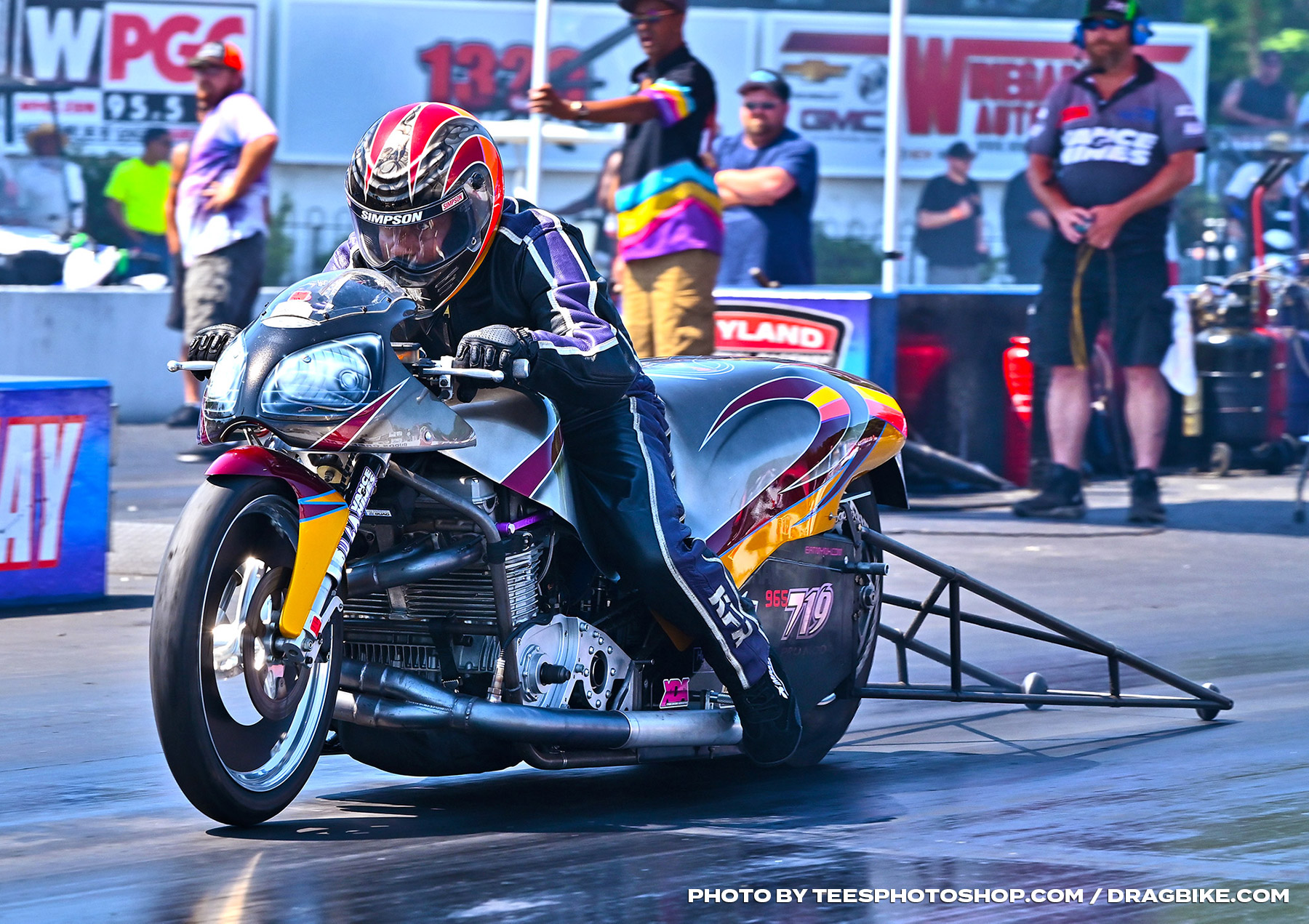 Imagine if we took 4.60, threw away the index and made it heads up, first to the finish line, no breakout. This is where you get the quickest and fastest 1/8 mile category in the XDA. Pro Xtreme returns for its second year featuring the World’s quickest turbocharged, nitrous injected or injected nitro drag bikes. These bikes are big and powerful, and you won’t want to miss the power they can throw down in only 660 feet. The current XDA records for the class are 3.962 held by Rodney Williford and 187 mph held by Kevin Clarke. Class newcomers Tommy Saxton and Shane Eperjesi will compete in their first event with XDA next weekend, and they will be looking to make a name for themselves. This year Pro Xtreme is presented by Ace Motorsports, Billy Vose Racing, Dunigan Racing, DME Racing, Grothus Dragbikes, Harley Haul, MaxxECU, Rob Bush Motorsports, Robinson Industries, Schnitz Racing, Timblin Chassis, and Worldwide Bearings. 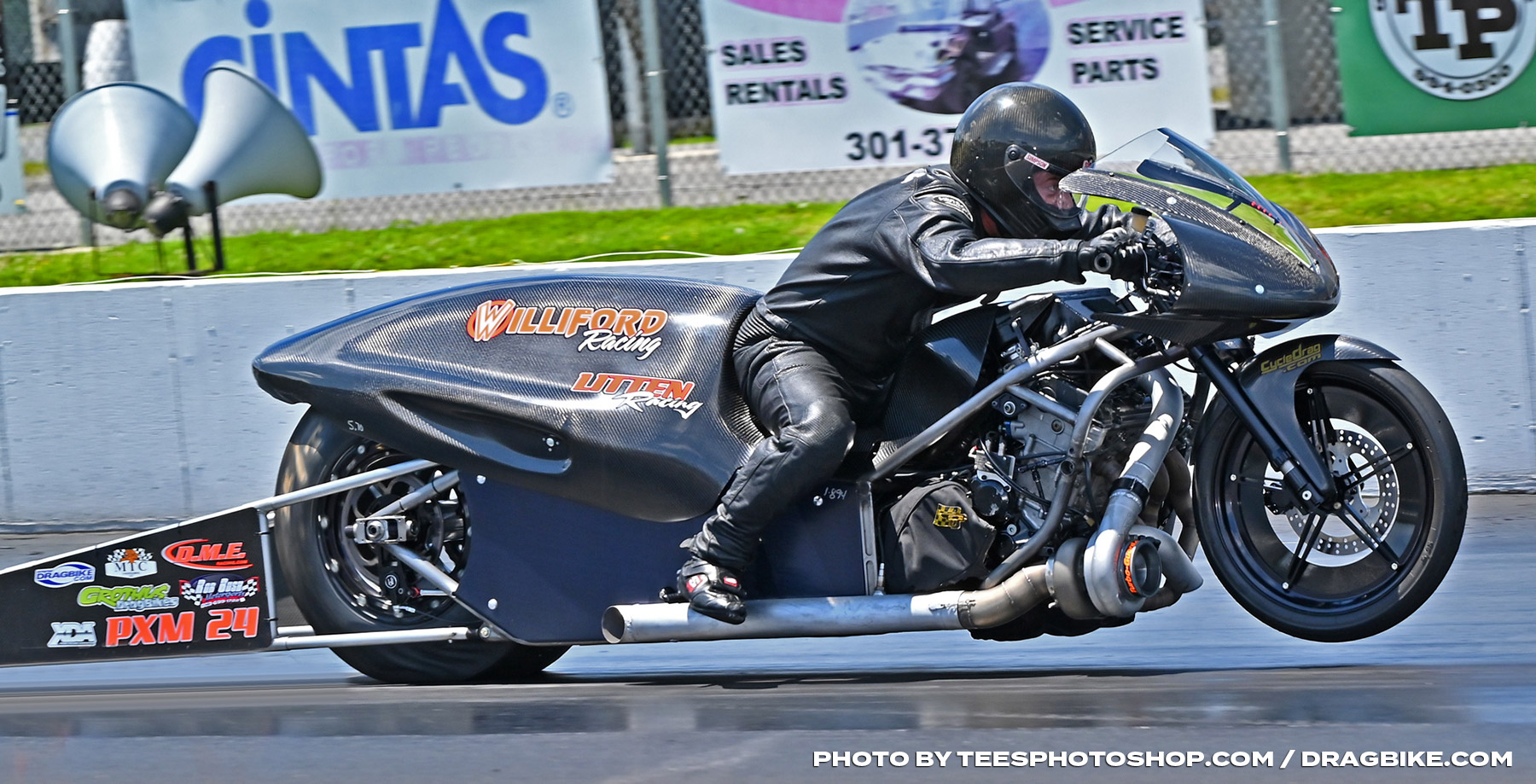 FBR Shop 5.60 Index is another competitive index category that combines bikes that are legal in both Pro ET and Street ET. However, they have an added challenge of nailing a .400 Pro tree, and after that, they are only running to the eighth-mile, leaving no room for mistakes. With drag bikes and street bikes together on an even playing field, you need a well-tuned bike and quick reaction if you want to survive the first round.

What started out as a concept idea for an index class for street bikes a few years ago, Crazy 8’s has turned into a highly competitive category. Attracting over 50 racers at each XDA event and showcasing some of the most talented index racers on two wheels trying to hit the 8.88 index. 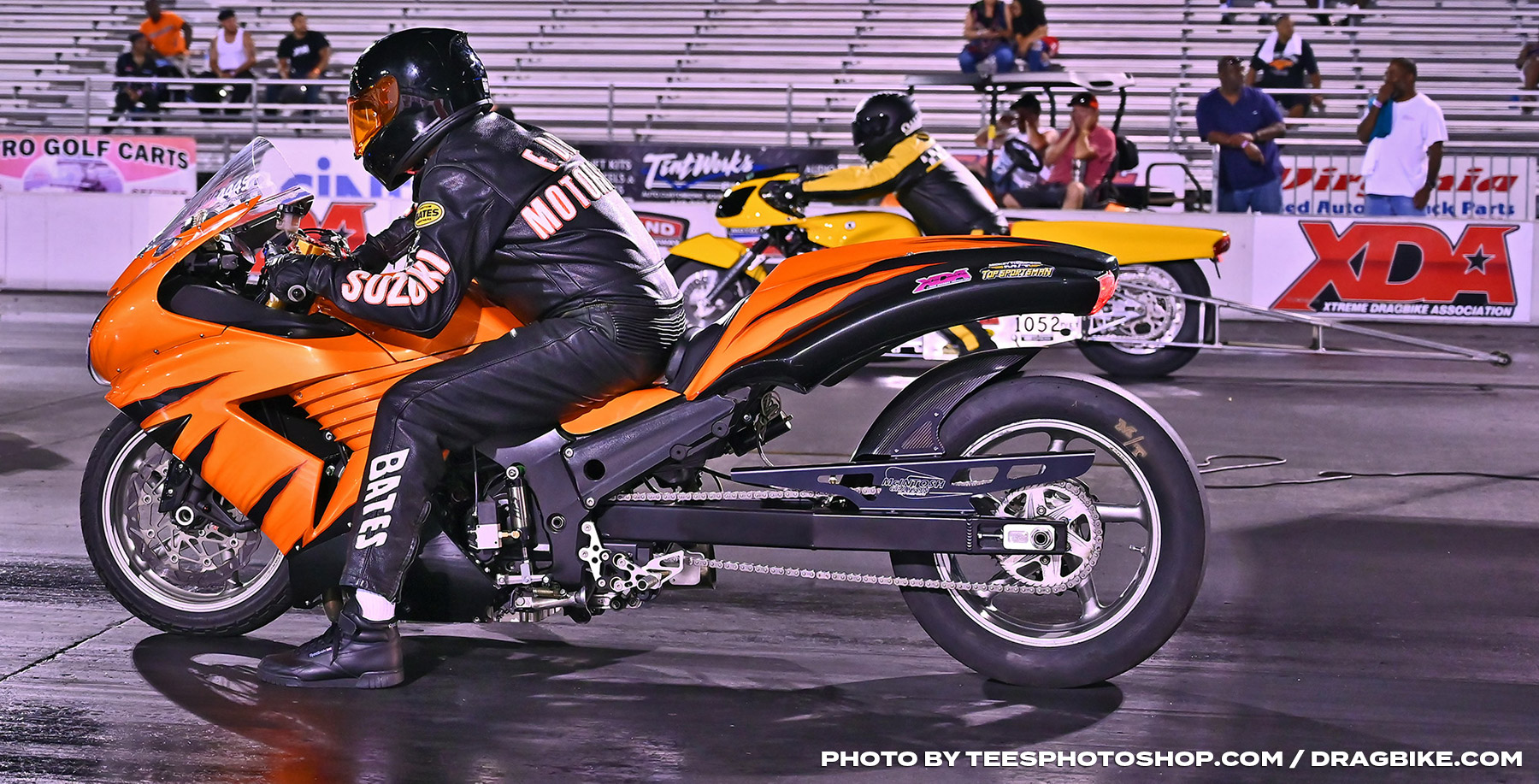 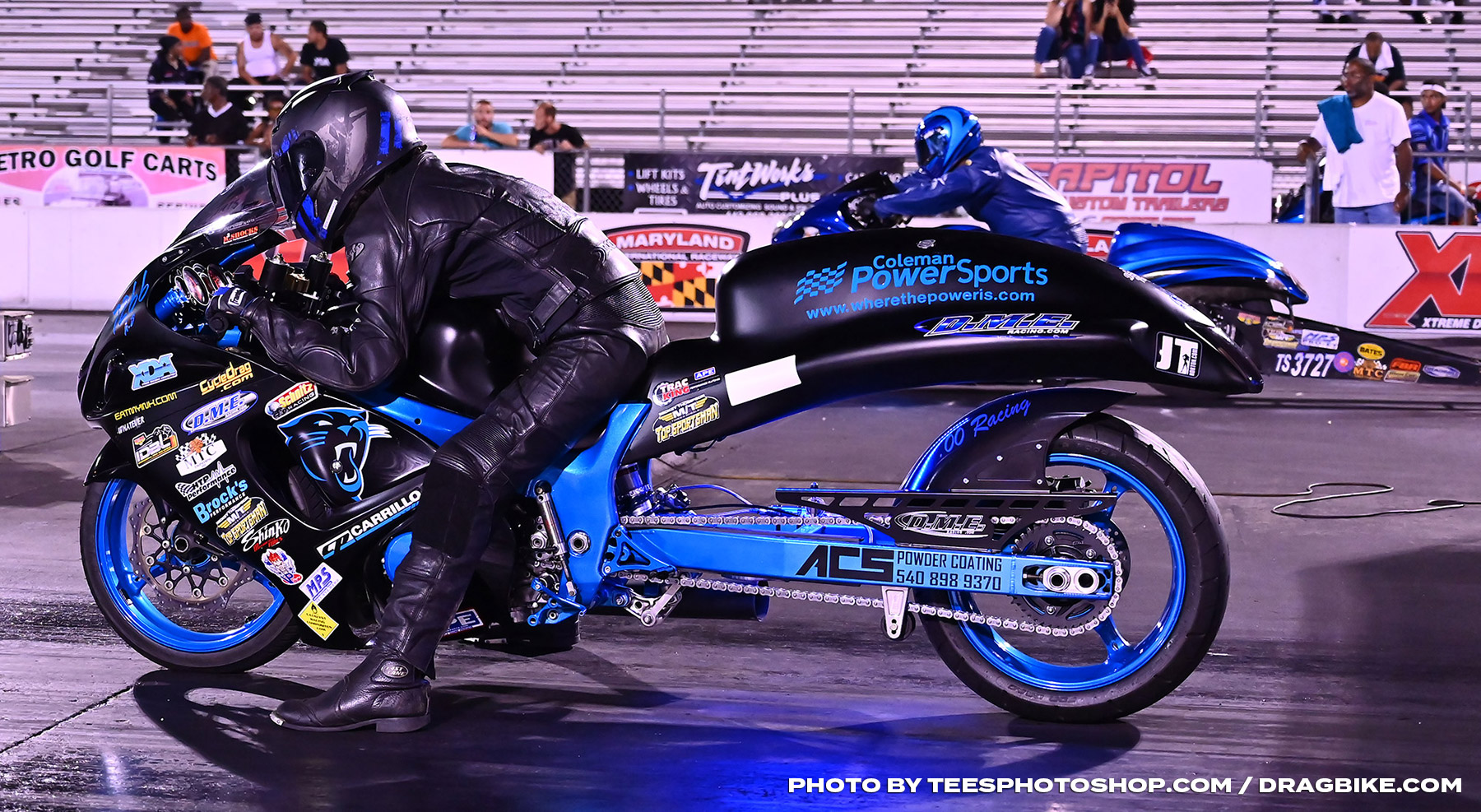 MPS Racing Pro ET is the biggest class at every XDA event. With two races in one weekend, racers have a chance to win $9,000 in payout. And with so many different types of variables in one class, you have no room for error. Last year this class saw 347 entries over the season! 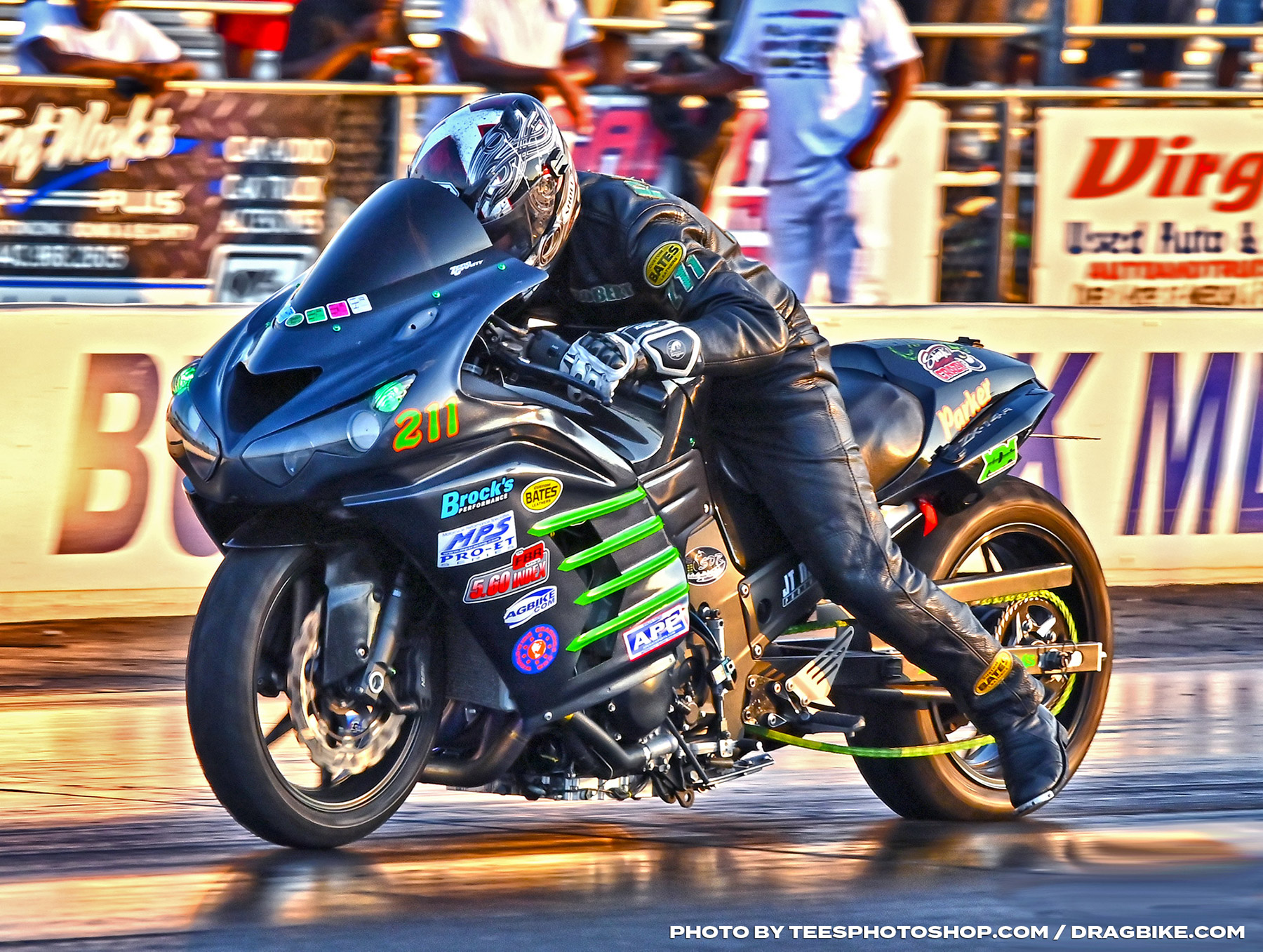 The Brock’s Performance Street ET sportsman class is for street legal motorcycles only and is great for new riders looking to get into the sport. We encourage anyone who has been thinking about racing to come out to an XDA event and make your first competition pass down the best-prepped track in the county.

The 2019 XDA Champions and Top 10 in each class will be honored during the Awards Ceremony on the main stage on Saturday at 5pm. As a bonus, sponsor Platinum Fleet Repair will be giving out $1,000 in cash prizes, and anyone in attendance during the ceremony has a chance to win! XDA announcer Fabian Brown will also feature a Graduate’s walk to anyone from our racing family that has recently graduated from high school, college, or other learning institutions. E-mail Fabian Brown for more info at fabian@dragbike.com

The Saturday night HTP Performance Afterdark Underground Grudge program will continue to feature APE Nitrous Bulls (Nitrous Bikes), Monster Bulls (Heavyweights), and the new Tommie’s Motorsports DMV Bulls (Smaller buy in) at all events. These No-Time classes feature very few rules and offer Grudge racers an opportunity to earn points for a year-end championship (except for the new DMV Bulls class). Grudge racing provides a lot of fast-paced action and excitement to bet on, and you don’t want to miss the Saturday night program. 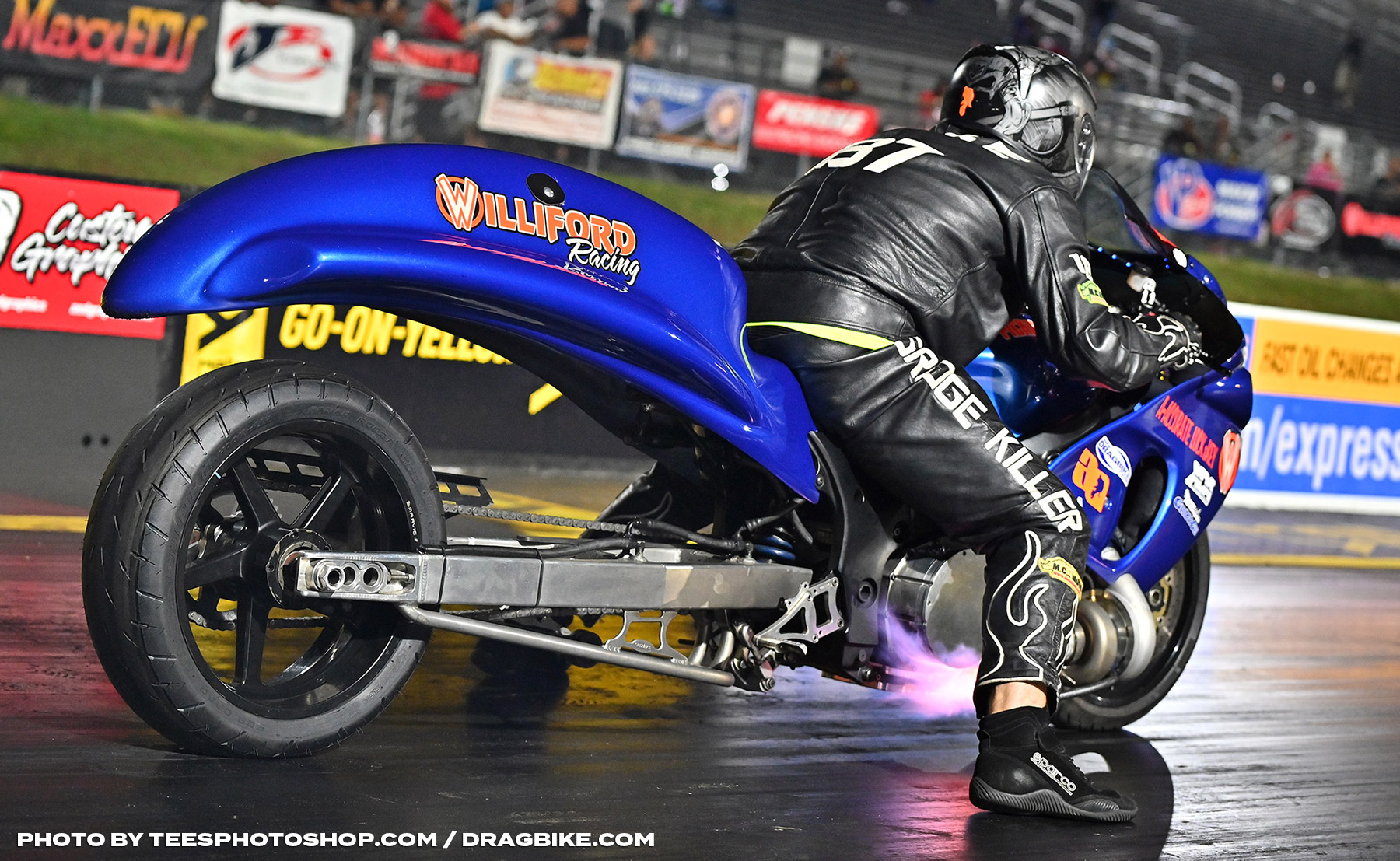 With over 700 racers attending events from all across the world, legendary Miller track prep, excellent media coverage, and a dedicated team of XDA officials at the helm, the XDA is your place for motorcycle drag racing. Come try us out!