XDA Rages on to Virginia for the 2021 Bike Bash

XDA Rages on to Virginia for the Bike Bash

On Aug 20-22 the XDA takes Motorcycle Drag Racing back to Virginia Motorsports Park for the 3rd annual Bike Bash. This must-attend event is the fifth stop in the seven-event east coast drag racing series.

On July 31, 2021, the XDA and motorcycle drag racing world was rocked to the core by the passing of Johnny Mullikin. Many racers and every XDA official called Johnny a friend, and we will all miss him dearly. Without a doubt, many will park their bikes in the XDA winner’s circle in his honor and memory at the 3rd annual Bike Bash. The XDA looks forward to embracing their drag racing family with remembrance and an unwavering competitive spirit. 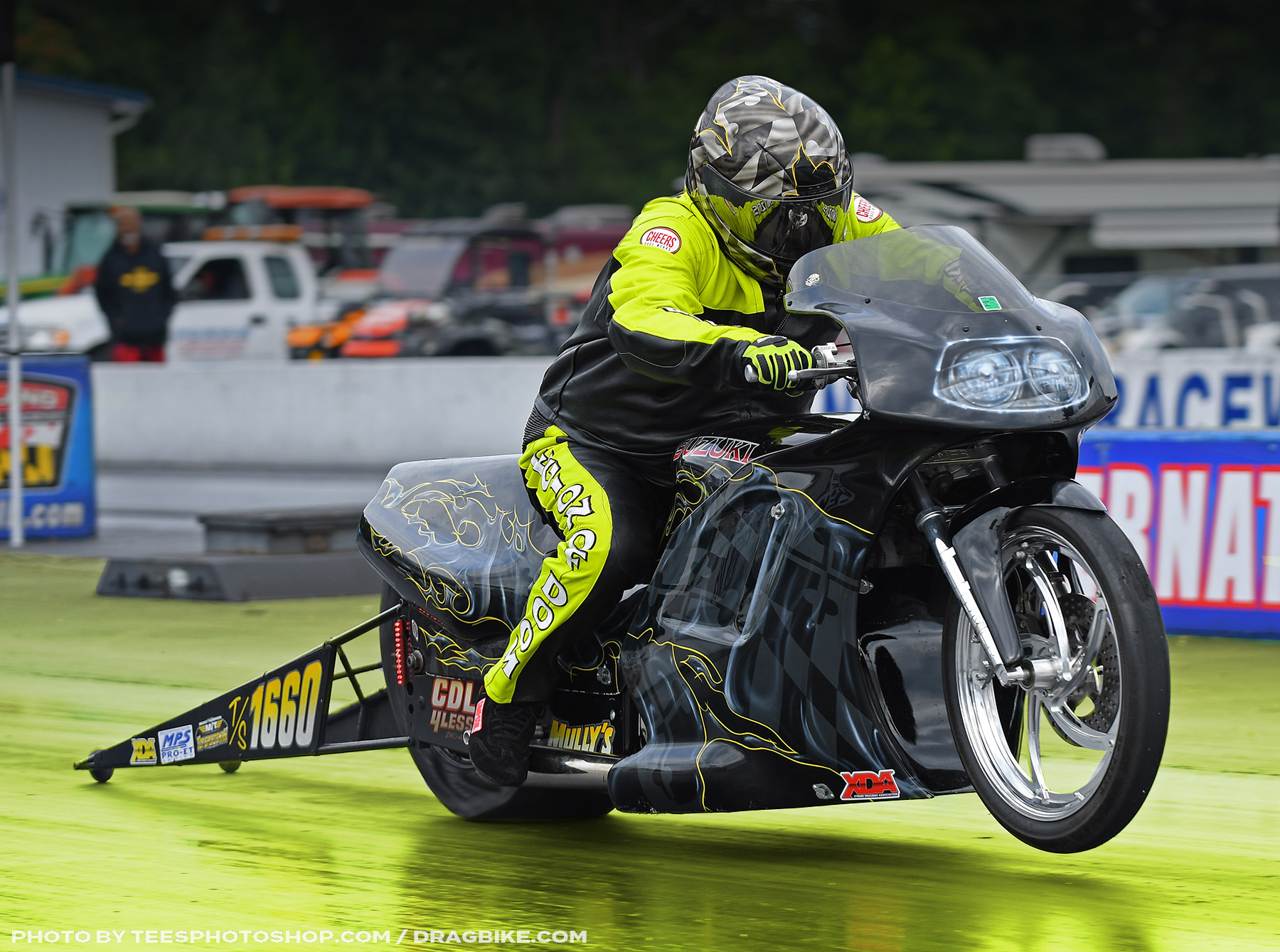 XDA offers guaranteed purses at over $80,000 that bring out the best racers in the country with over 700 Professional, Sportsman, and Grudge motorcycle drag racers in competition.

Saturday Night, the HTP Performance Afterdark Underground Grudge Program will feature the “Running of the Bulls” Grudge Shootouts and all the Grudge Racing you can handle! 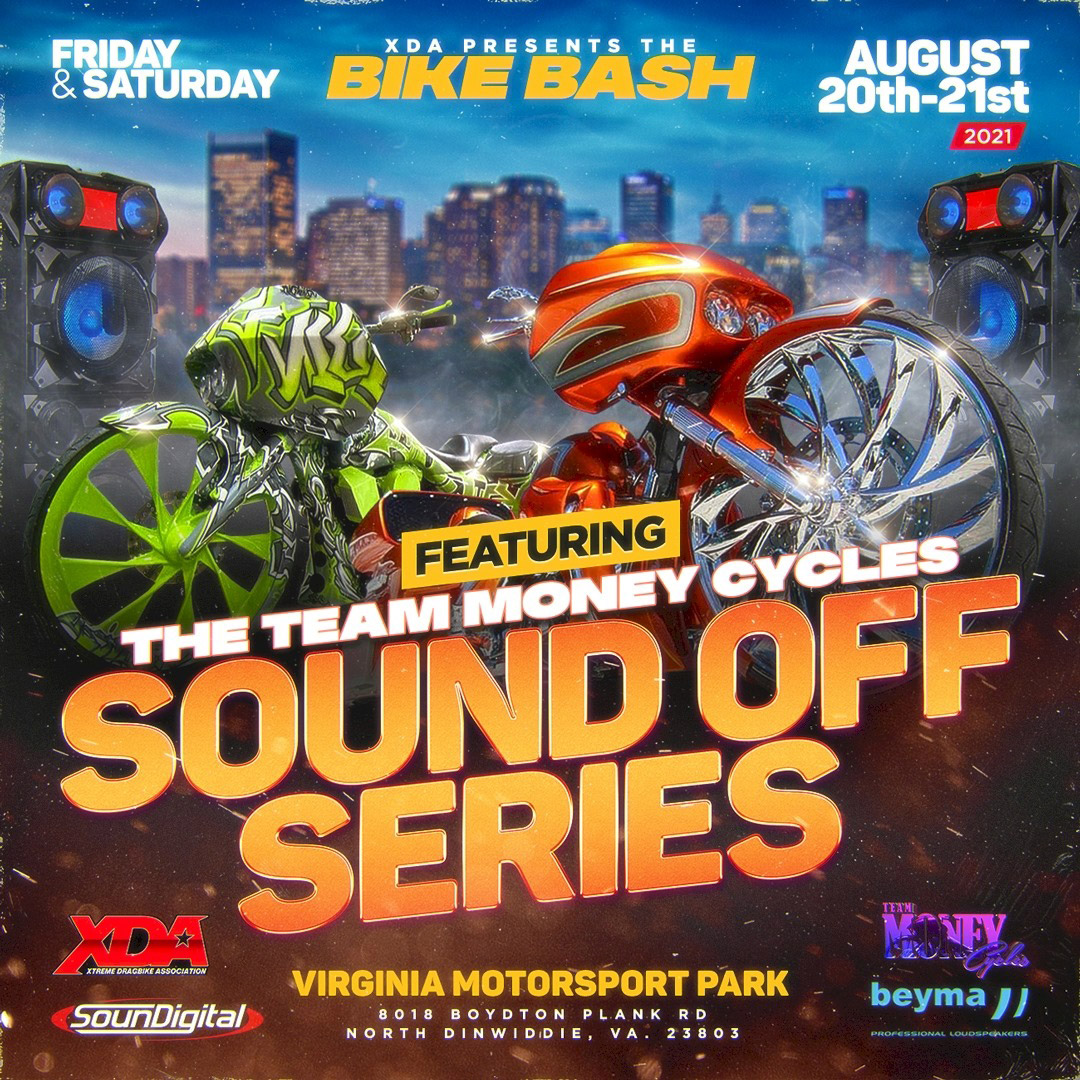 Along with a quality race program, this event will also feature the Team Money Cycles Sound Off Series. Friday night will feature the late-night ‘Sound Cypher’ starting at 7pm. The party will continue on Saturday with the ‘Speed and Sound’ Sound Off and Custom Bike Show. These are the wildest custom bikes you have ever seen, come out and be a part of the event.

And, of course, you don’t want to miss the wild Orient Express Pro Street class that run over 230 mph in only 6-seconds, on only two wheels! 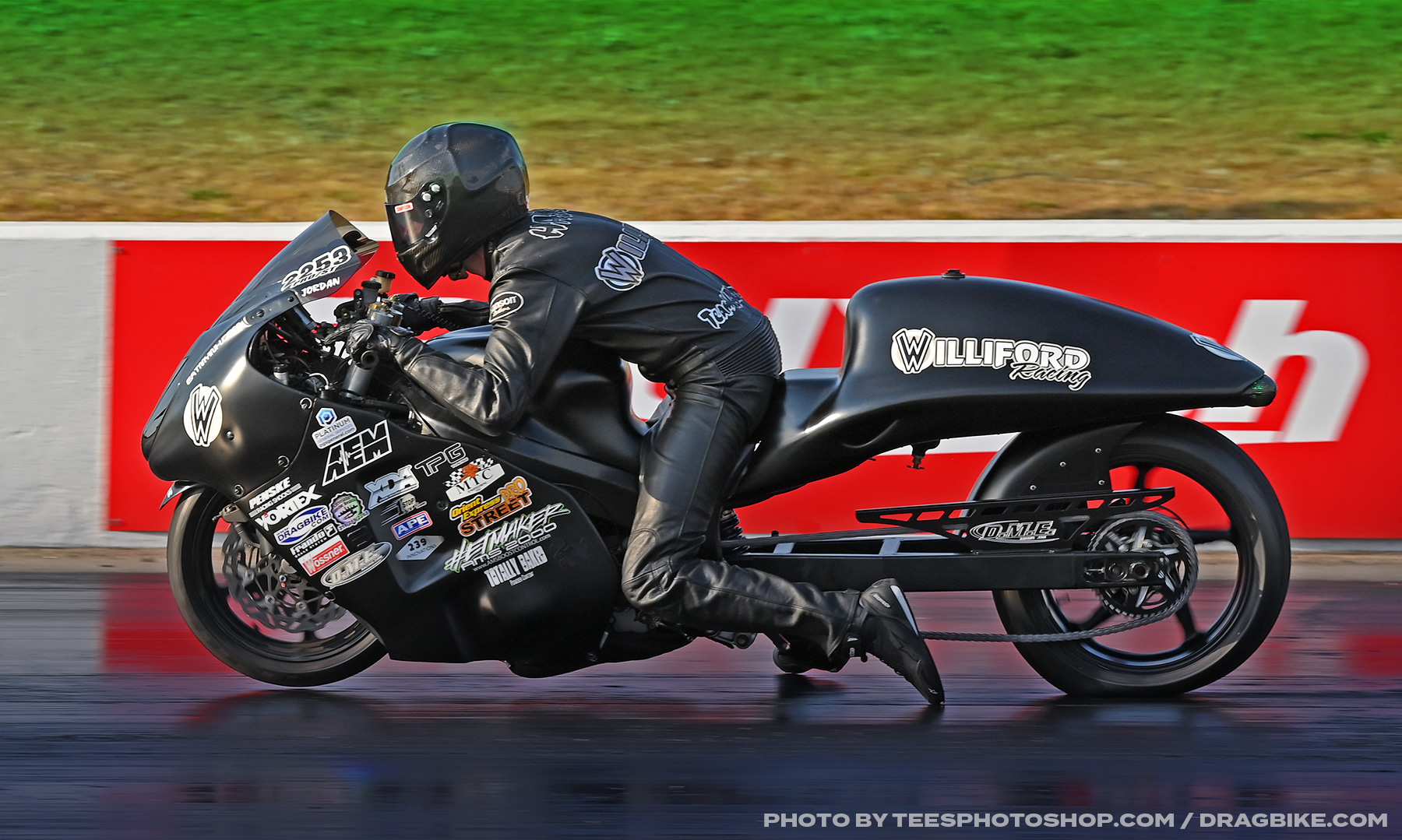 DME Racing Real Street
The DME Racing Real Street class is heating up with a battle between David Stewart and Mark Hylton for the 2021 championship. Previous class champions Spencer Claycomb and Jeremy Teasley are trailing behind and will need these two titans to fall in early rounds to catch up in points with only three events left in the season. 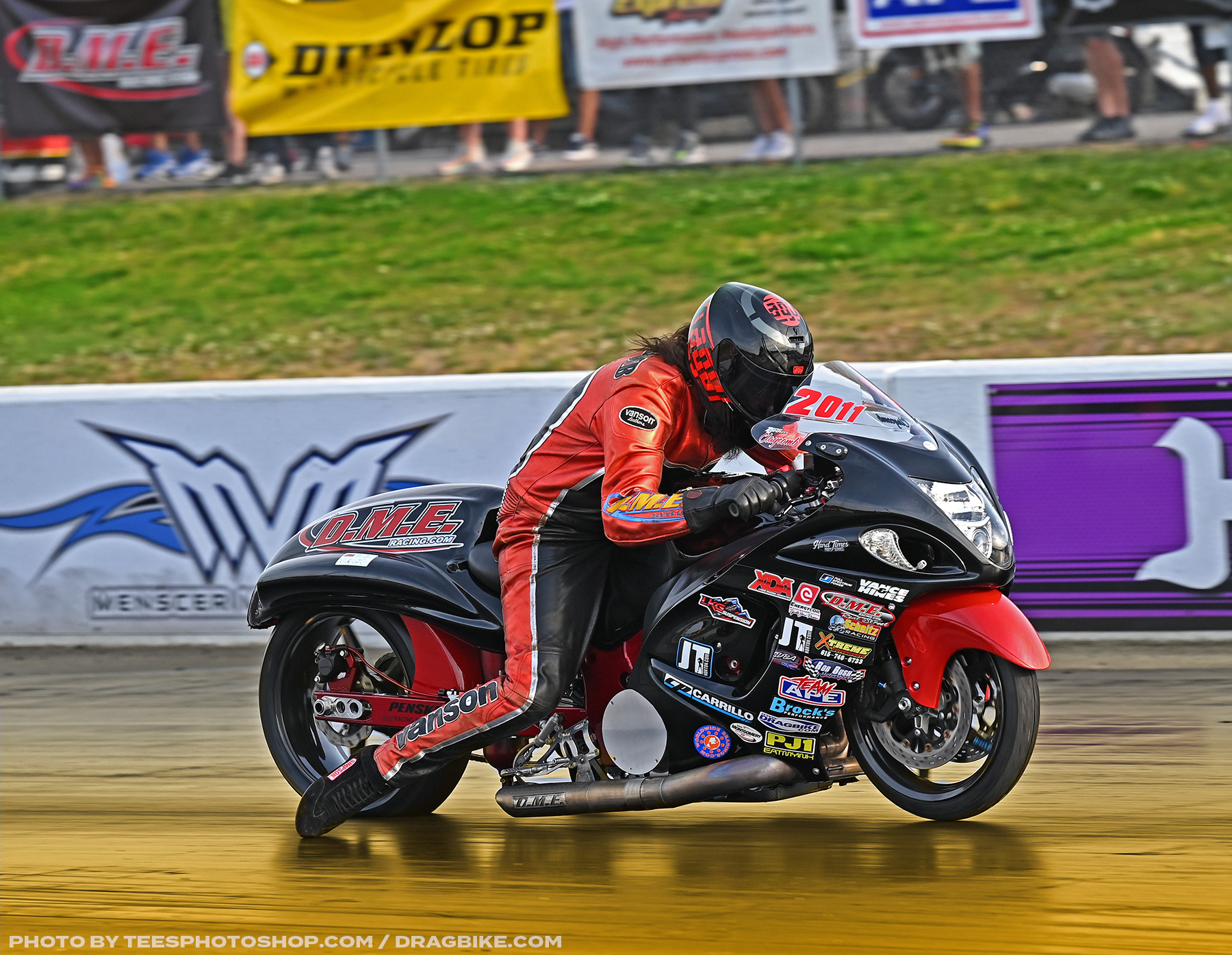 MaxxECU Pro Xtreme
In MaxxECU Pro Xtreme, Chris Garner-Jones is not only leading the points with XDA, but also with PDRA’s Pro Nitrous Motorcycle class. He will be looking to keep his stout lead for the chance at two championships this year. 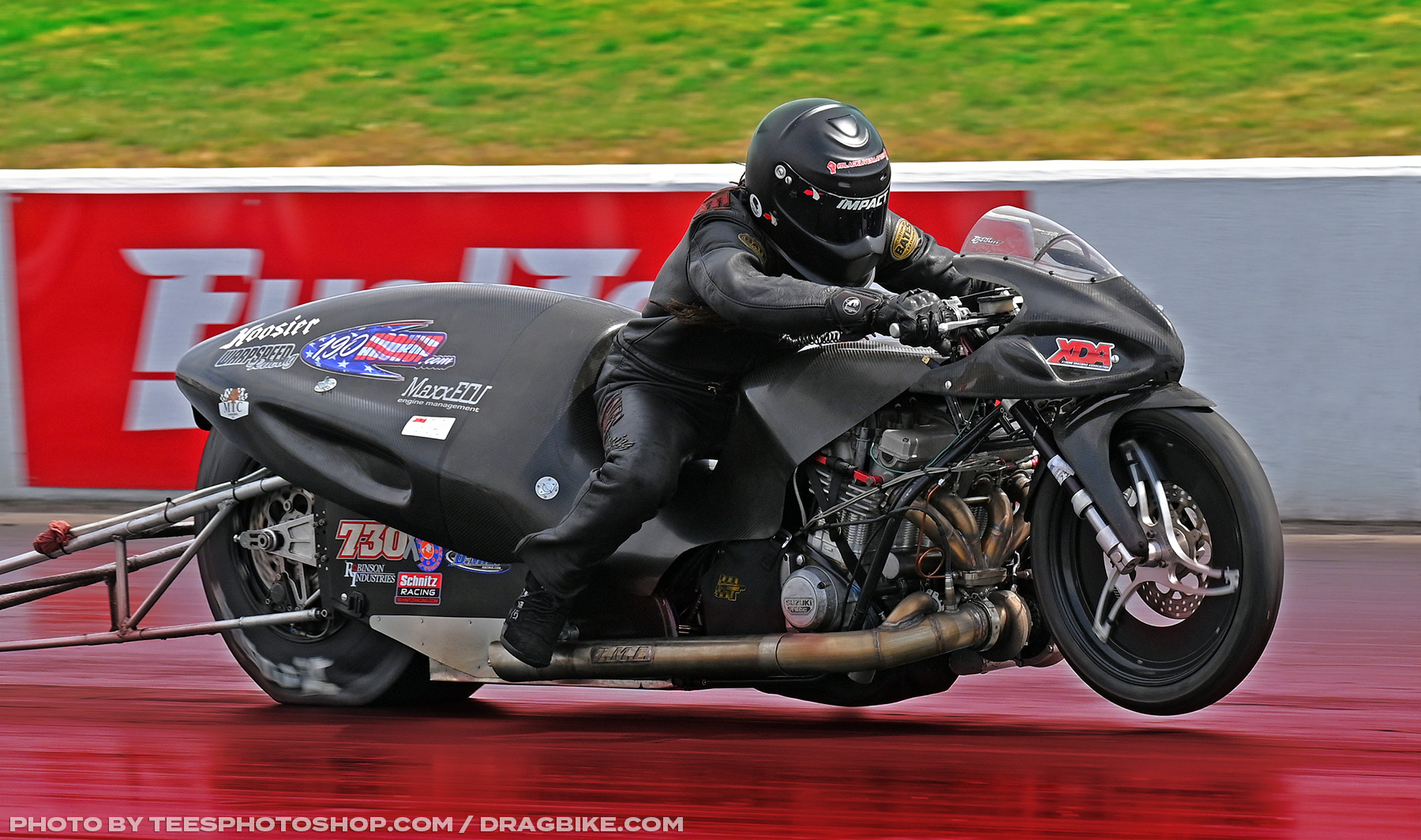 HTP Performance Super Stock
At the last event, Jeremy Teasley became the third rider to win a Super Stock race joining Curtis McDougald and David Fondon since its inception last year. However, Teasley has missed two events this season, so this win did zilch to put him into the championship chase. Class champion David Fondon stills hold 219 points over the class. 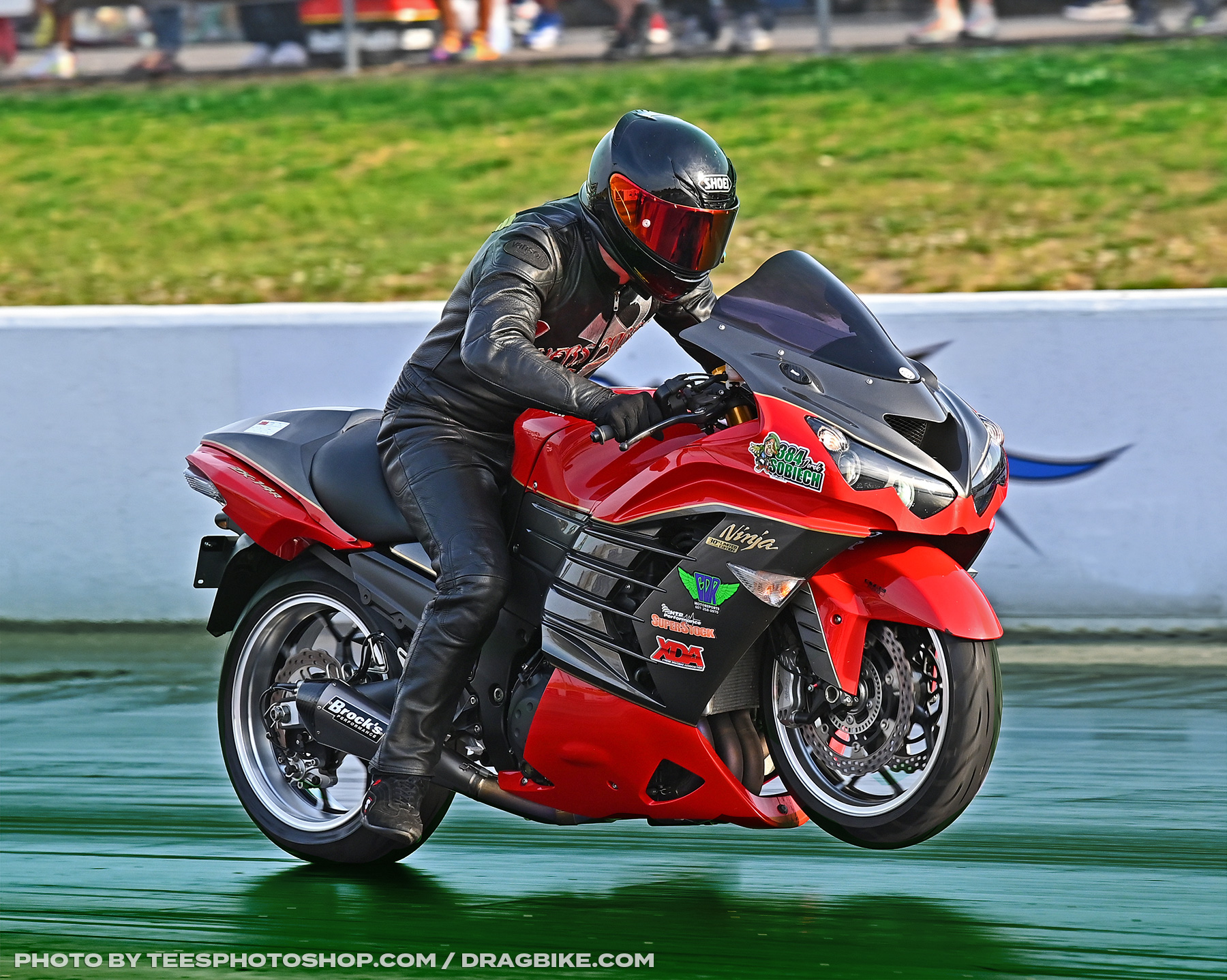 Vance & Hines 4.60
Since May, Ronald Procopio has been holding on to the points lead in the Vance & Hines 4.60 index class, which is close to unheard of in this eighth-mile class featuring the toughest sportsman racers in the country. With only twenty-eight points separating Procopio from the rest of the class, Shayne Proctor who won the last two events tails Procopio and will be looking to keep his winning streak alive next weekend. 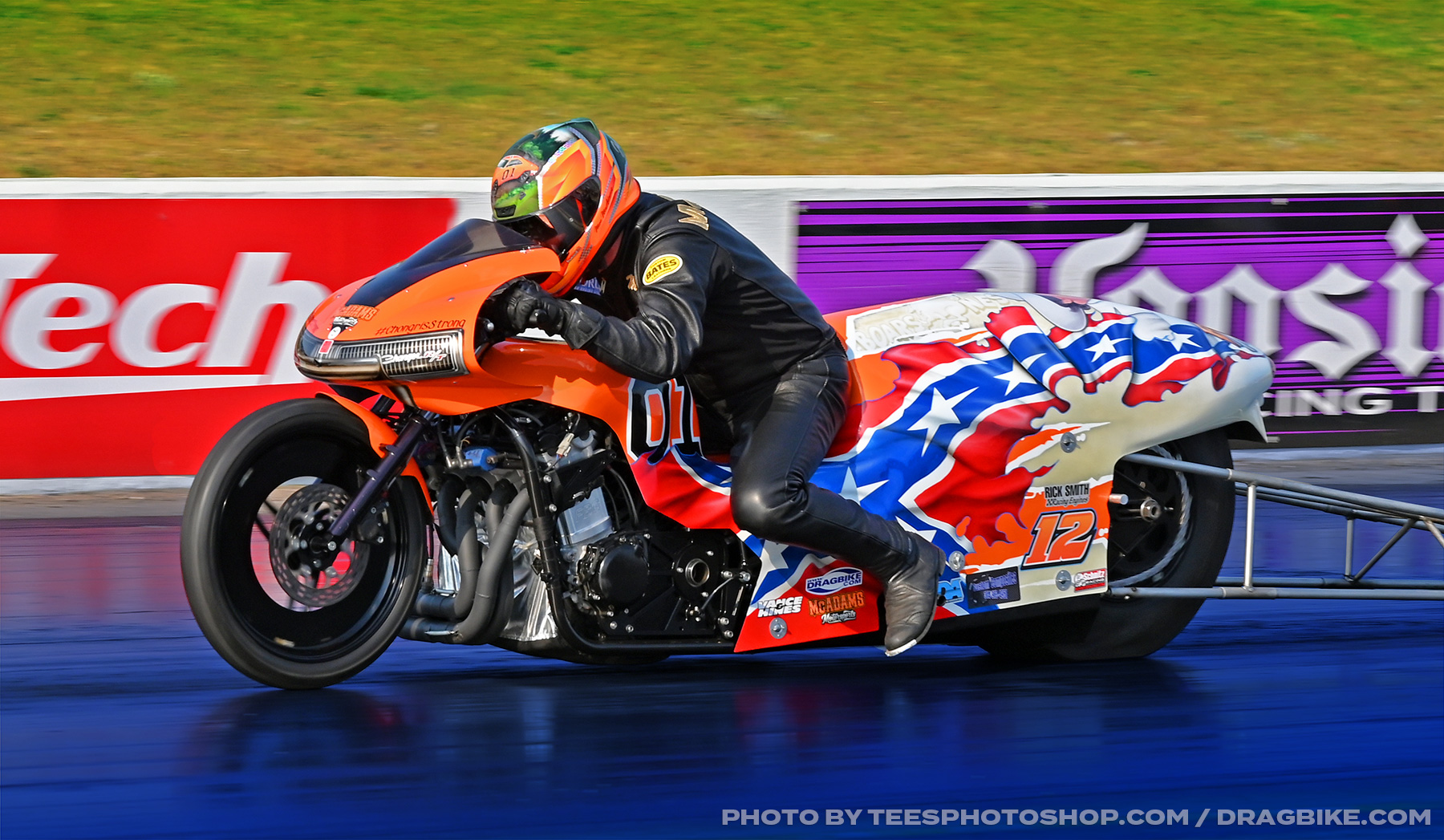 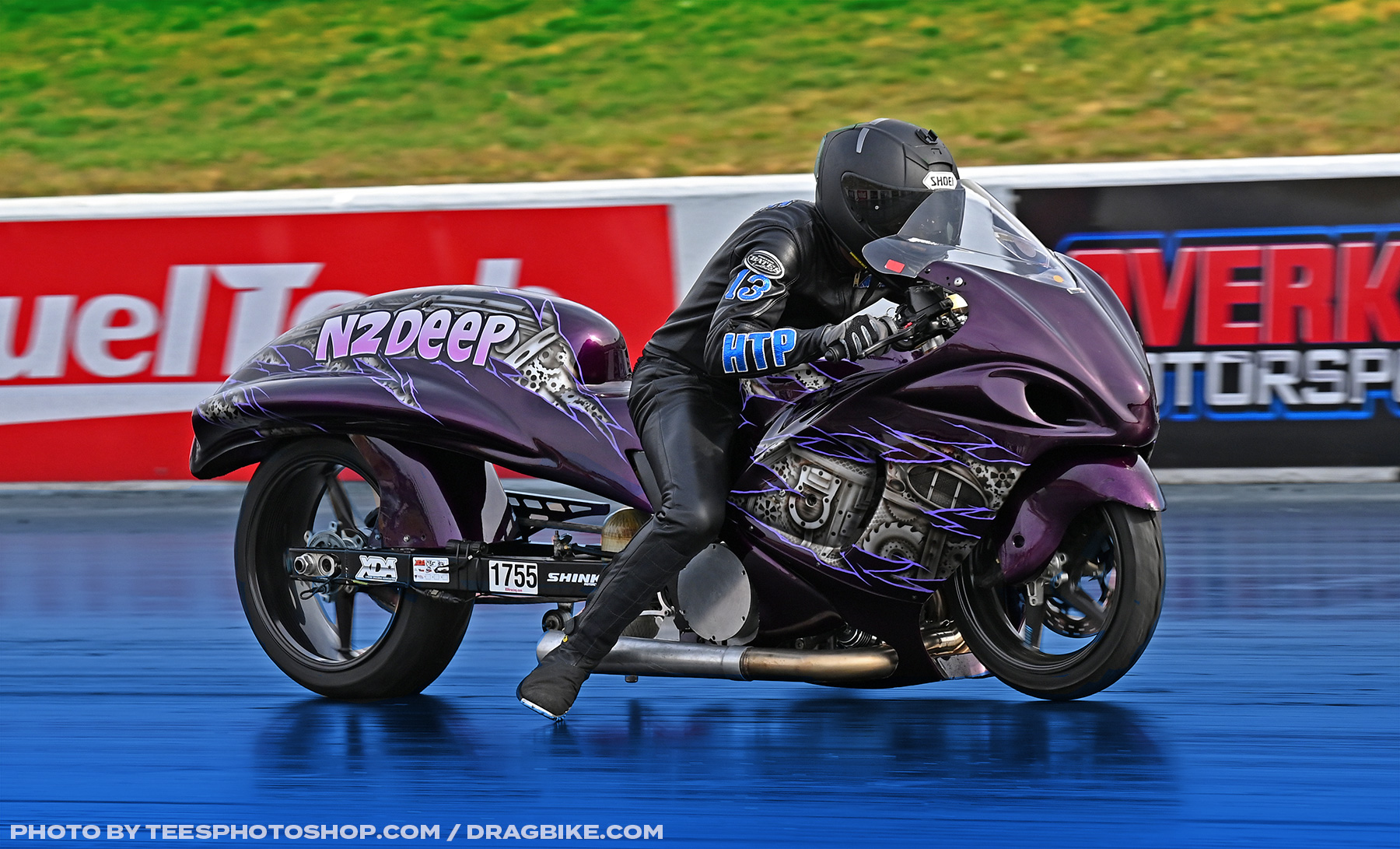 1 Stop Speed 5.60
The 1 Stop Speed 5.60 class is still being led by class champion Dustin Lee. And instead of the class competitors closing the gap on his lead this season, Lee has widened it by 132 points. If any of the top five racers in points want a chance at the championship, they need to get to work this weekend. 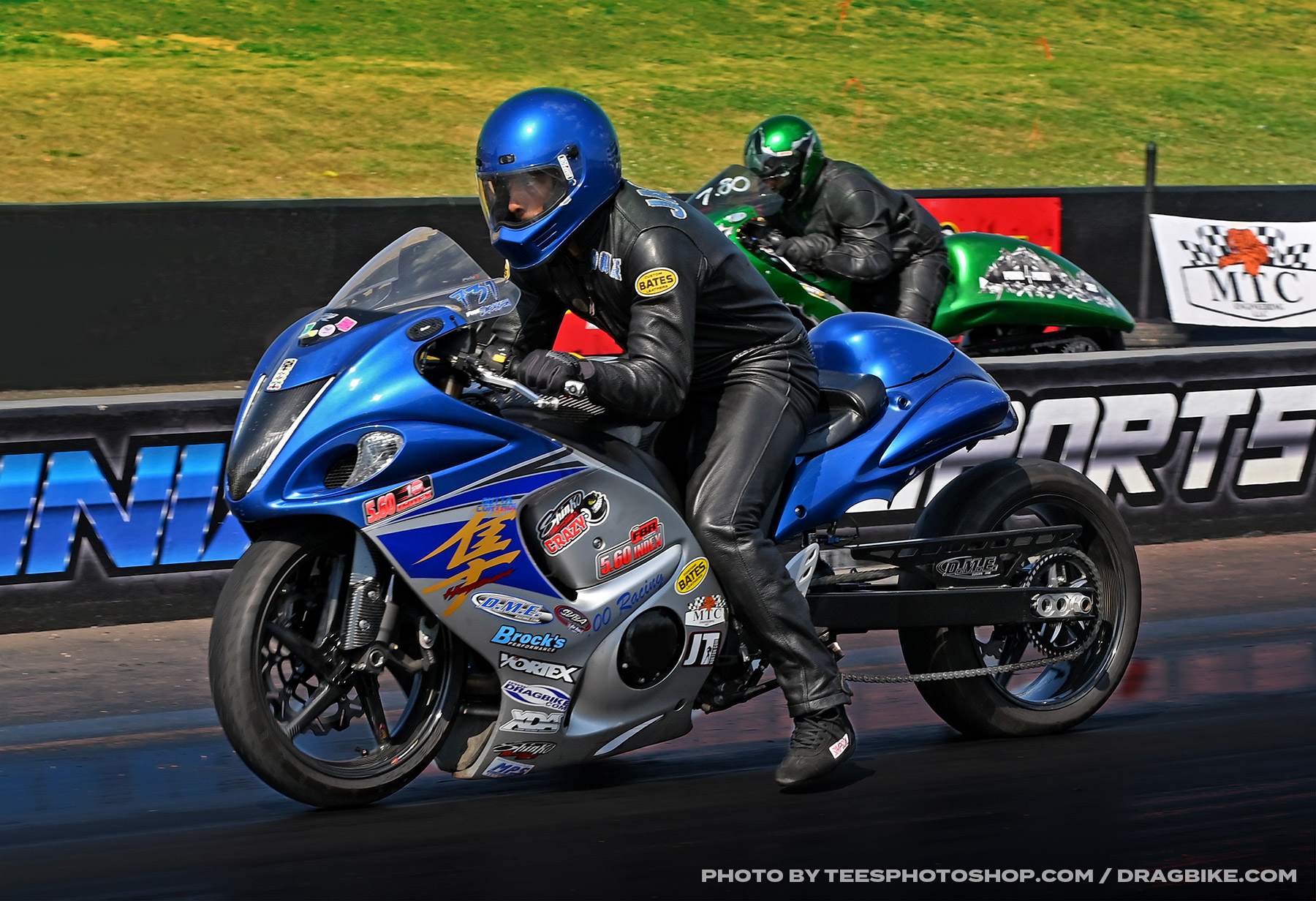 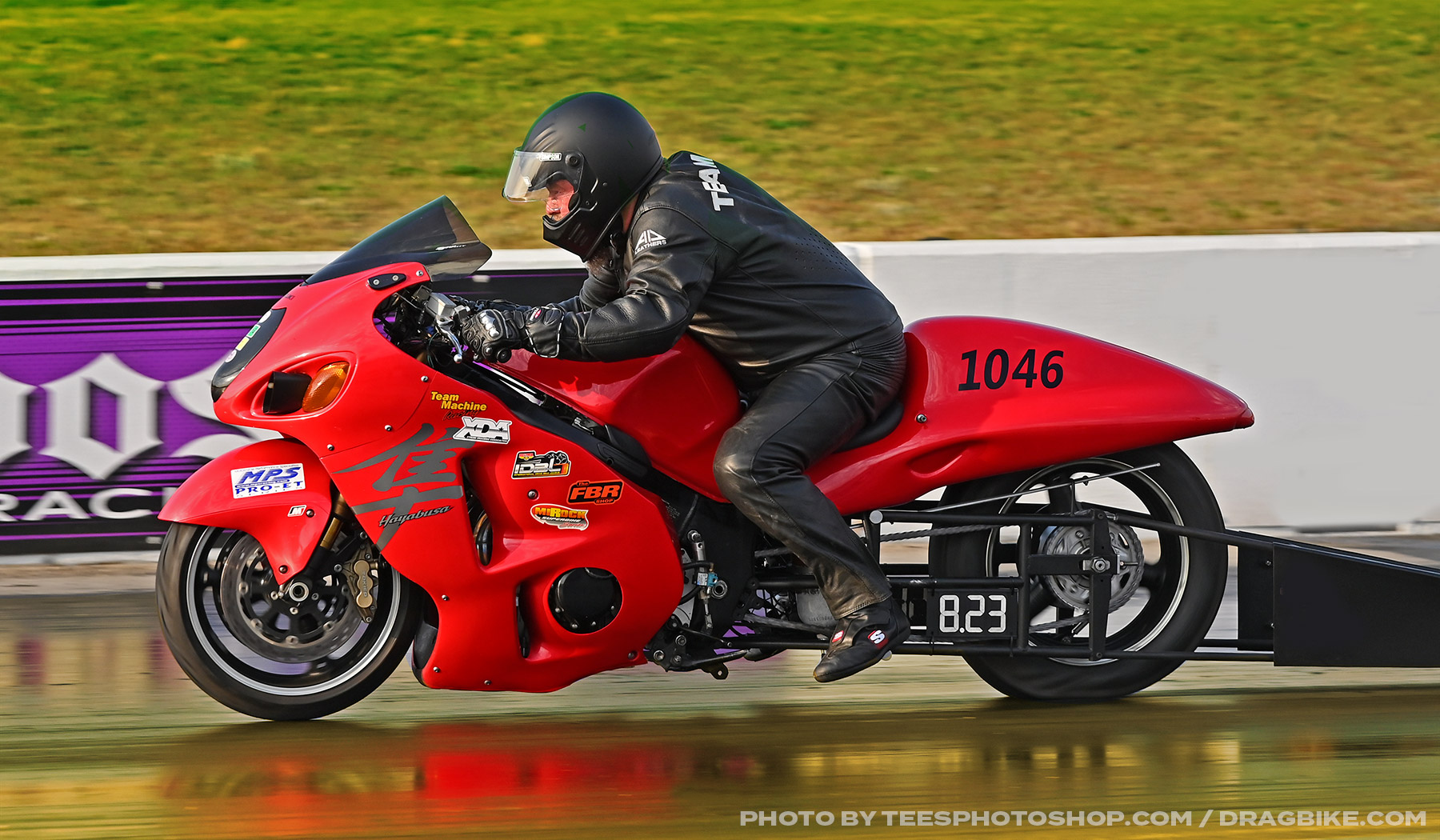 MPS Racing Pro ET
Jeffery Santin might be overthrown in Top Sportsman, but in MPS Racing Pro ET, he has a solid fifty-two-point lead. This lead could easily be wiped away for most competitors, but Santin has shown steady and consistent performance race after race, round after round, making him hard to beat. Dale Hamilton has met him in the last two finals and has been unable to dismiss him. Will Hamilton or Nick Hamlett be able to throw down an upset next weekend? Make plans to be there for all the action. 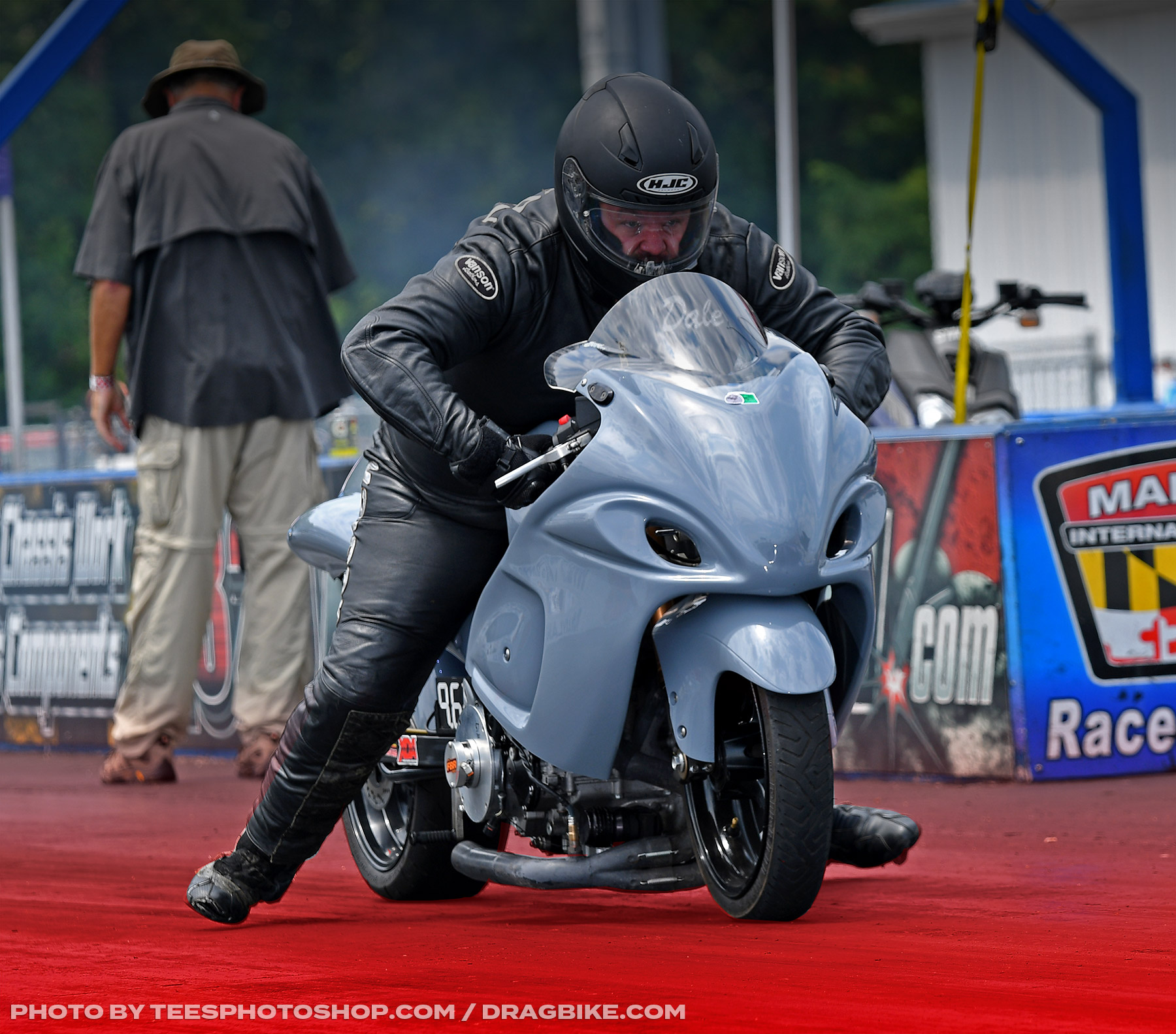 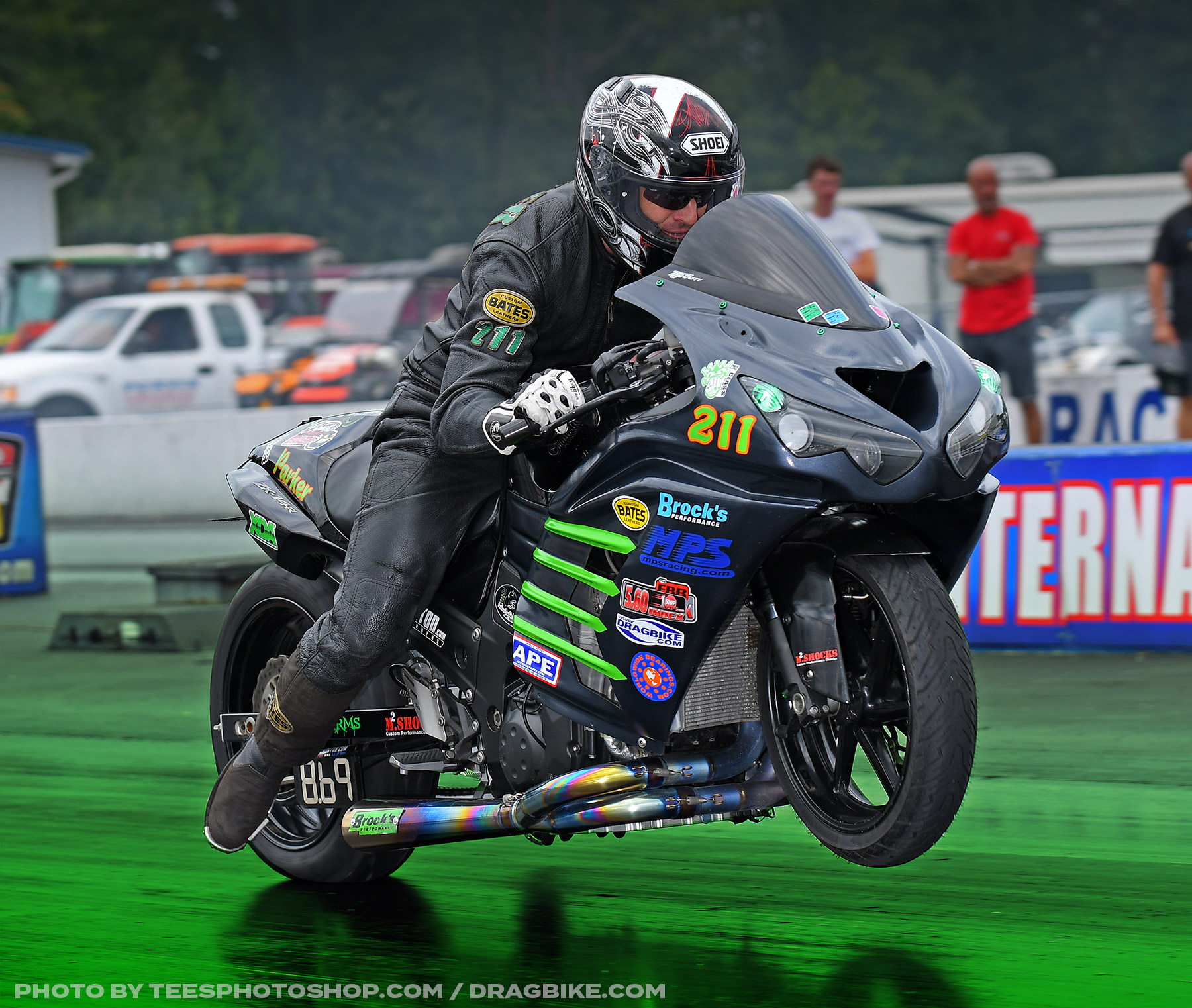 Gates open on Friday at 8am; make plans now for Virginia Motorsports Park next week for an exciting weekend of motorcycle drag racing action. This is the second to last stop at VMP this season, and you don’t want to miss racing on the smoothest track in the country.