HomeNews / Race ResultsXDA Rolls Into Virginia to Heat Things Up

XDA Rolls Into Virginia to Heat Things Up

XDA Rolls Into Virginia to Heat Things Up

On May 20-22, XDA takes Motorcycle Drag Racing back to Virginia Motorsports Park for the 36th annual MTC Engineering Summer Nationals.

XDA offers a quality show with over 700 professional, sportsman, and grudge motorcycle drag racers in competition. This season XDA will payout over $500,000 in purse money and a $130,000 contingency fund that spans all classes. This event alone will pay out over $80,000 in cash purse to the best showcase of racers the country has to offer.

With the combined efforts of Jason Miller’s and Tyler Crossnoe’s track prep on VMP’s billiard table smooth racing surface, racers will continue to reap the benefits of the best-prepped racing surface with the XDA series.

With a great track surface, the east coast’s grudge drag racers will be able to put down the fastest passes you will see in the grudge scene. XDA’s elite Running of the Bulls Saturday night grudge event features Boosted Bulls (Turbo Bikes), APE Nitrous Bulls (Nitrous Bikes), 3 Sixty 5 Transport Monster Bulls (Heavyweights), and Tommie’s Motorsports DMV Bulls. And at XDA these racers need to be on point because the schedule is set and the track is on point, NO EXCUSES. Along with the Running of the Bulls, Saturday night action also includes the HTP Performance Afterdark Underground Grudge Racing class and Pro Qualifiers! 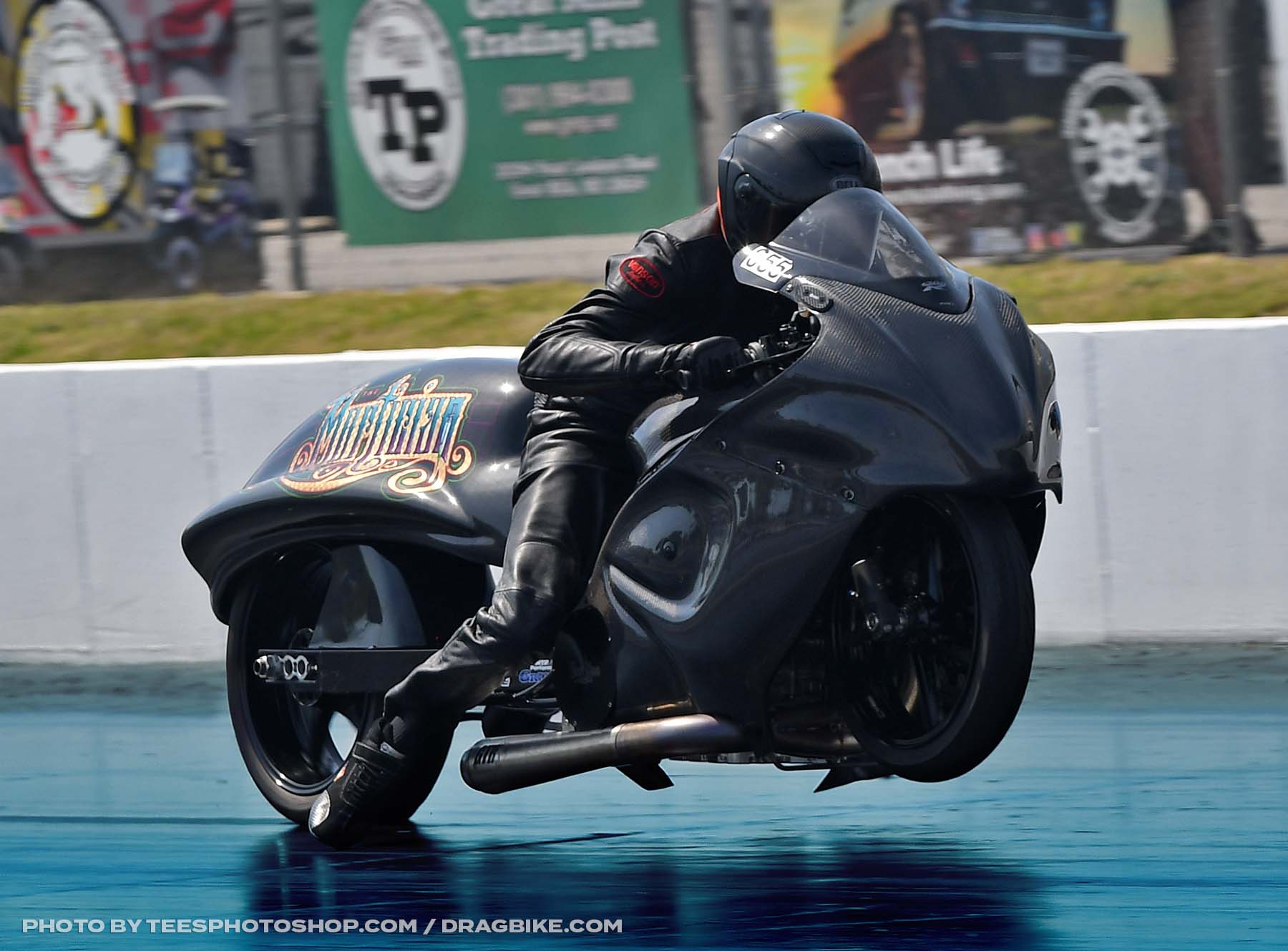 And when we say Pros, that includes the Orient Express Pro Street motorcycles. These are the baddest street tire motorcycles in the world that can only be seen at XDA events. The 650+ horsepower motorcycles feature turbocharged, supercharged, and nitrous injected motorcycles running at speeds over 230mph in the 1/4 mile in just 6-seconds!

Champion Rodney Williford grabbed the reigns at the season opener and looks to be comfortably in control of the top spot. But the MTC Summer Nationals already has an additional eighteen riders on the roll call ready to knock him off his thoroughbred. With a great weather forecast for the event, make your plans to be in the stands to watch these guys do the unthinkable on street tires. 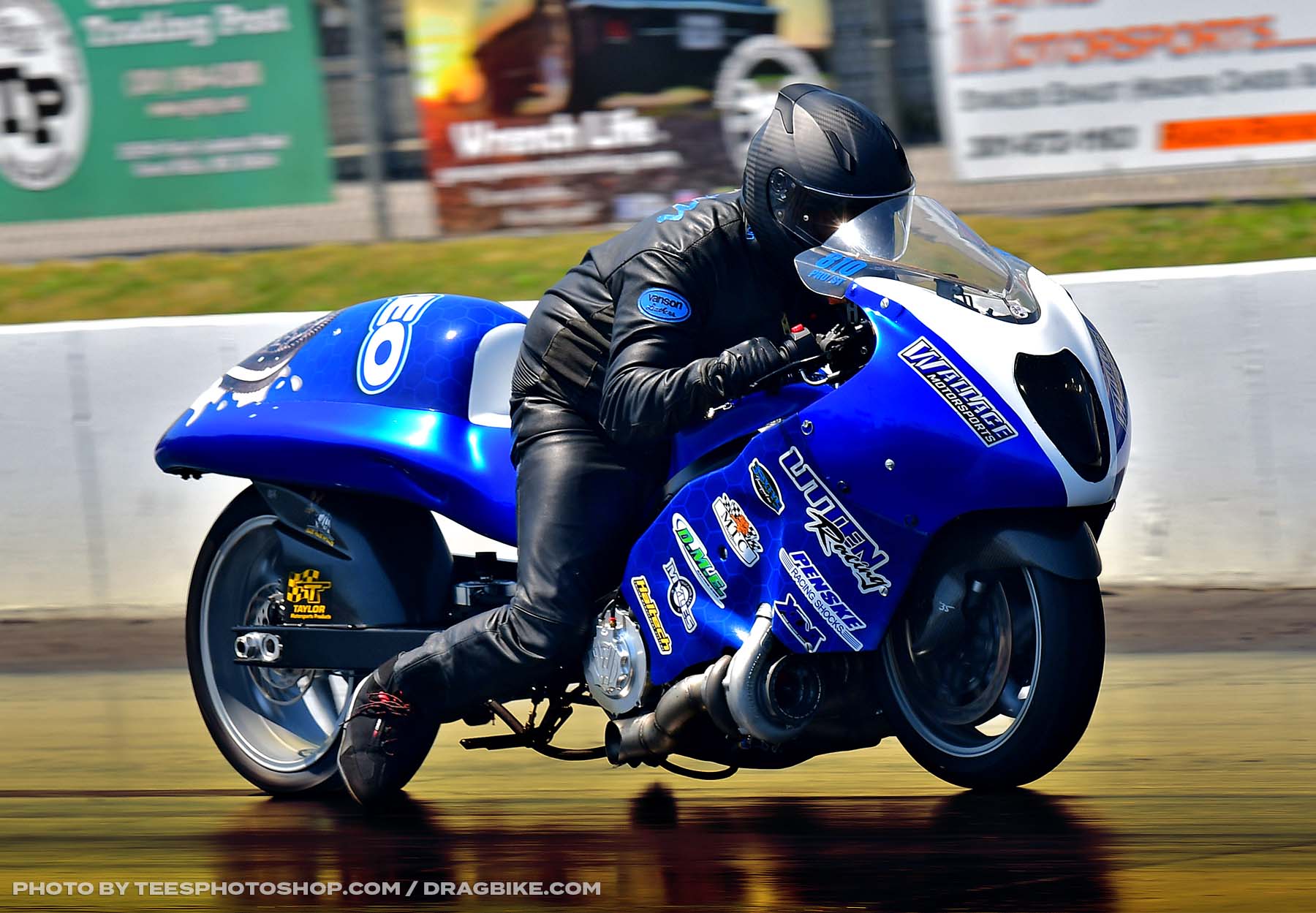 DME Racing Real Steet has a new sheriff at the top of the leaderboard, with Ben Knight making a domination appearance on the Ralphie Navarro all-motor Hayabusa. Class champions David Stewart and Mark Hylton had a few bumps in the first race, but they are ready for a shootout on the quarter-mile next weekend. 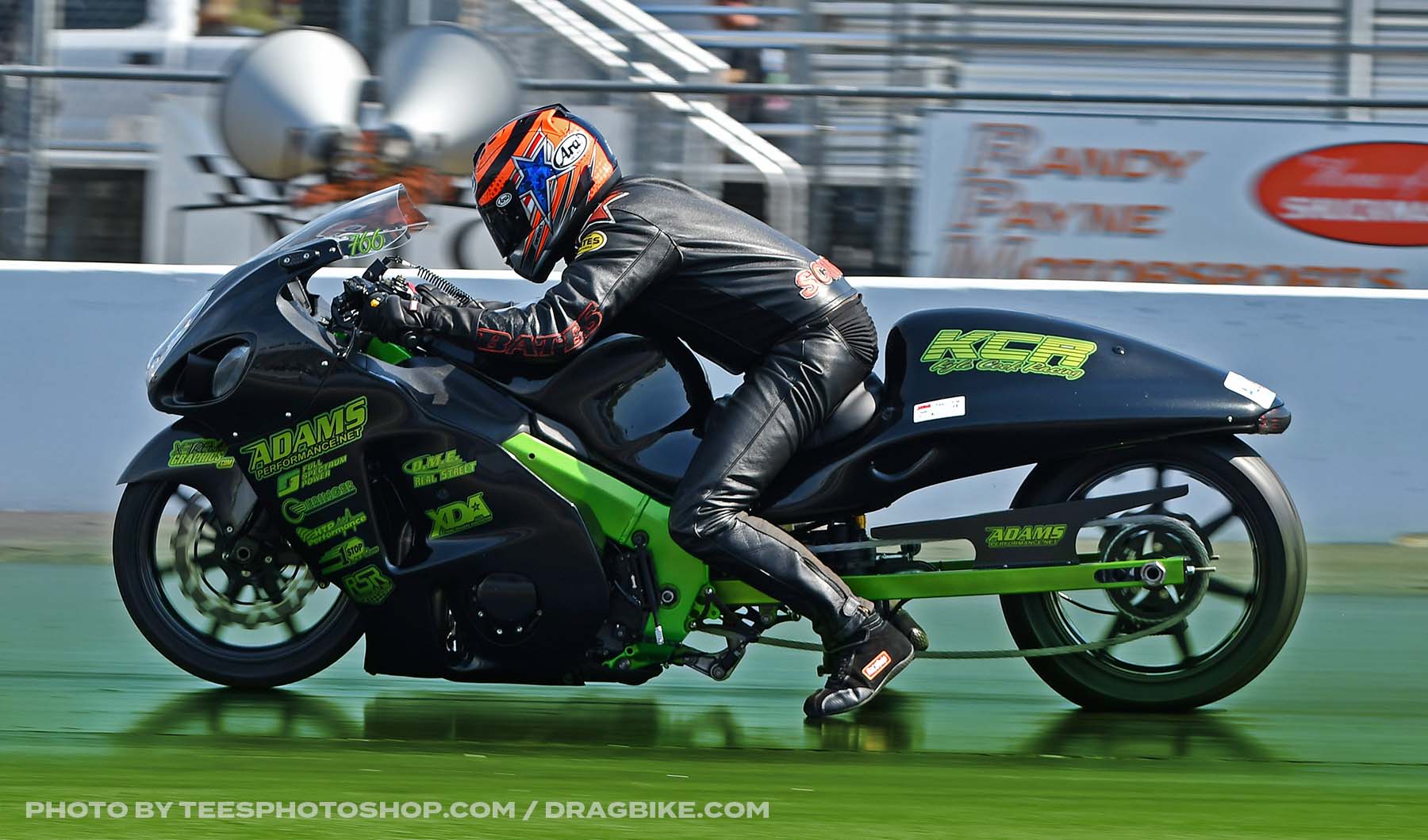 Mid-west racer Chris Cutsinger is leading the MaxxECU Pro Xtreme class championship chase after an opening-round win and blazing 3.99 pass in the finals. After finishing a race on top he will be eager to throw some more three-second passes on the scoreboards next weekend at VMP. 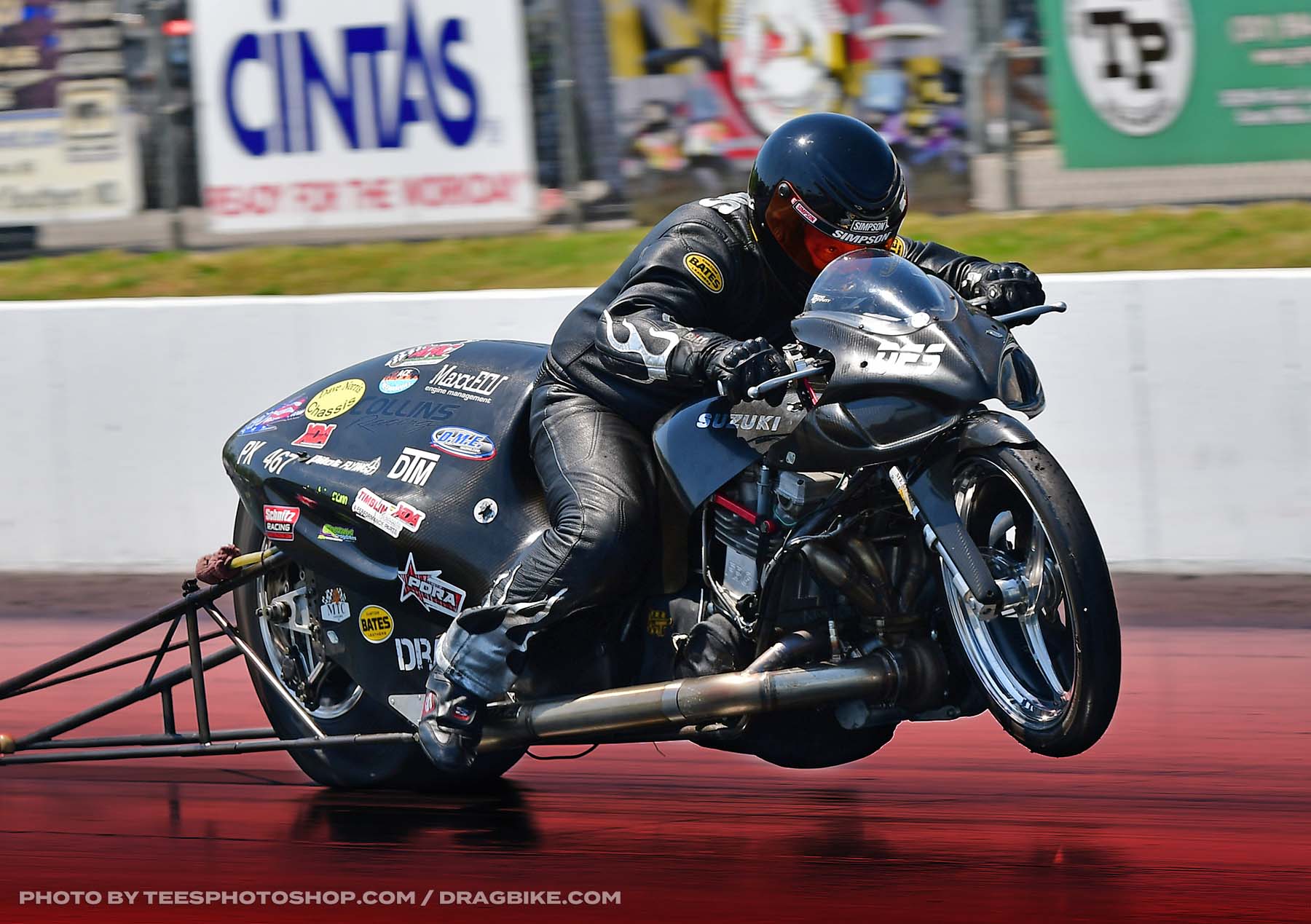 FOR THE FIRST TIME, the HTP Performance Super Stock class is wide open for a new champion this season. Darion Payne is leading this class of stock wheelbase, clutch hand racers by twenty points. This class features strict modification rules, stock wheelbase, stock motor, MR12 spec fuel, no air shifters, no dataloggers, etc. So if you enjoy a riders class, these guys and gals will give you a show. 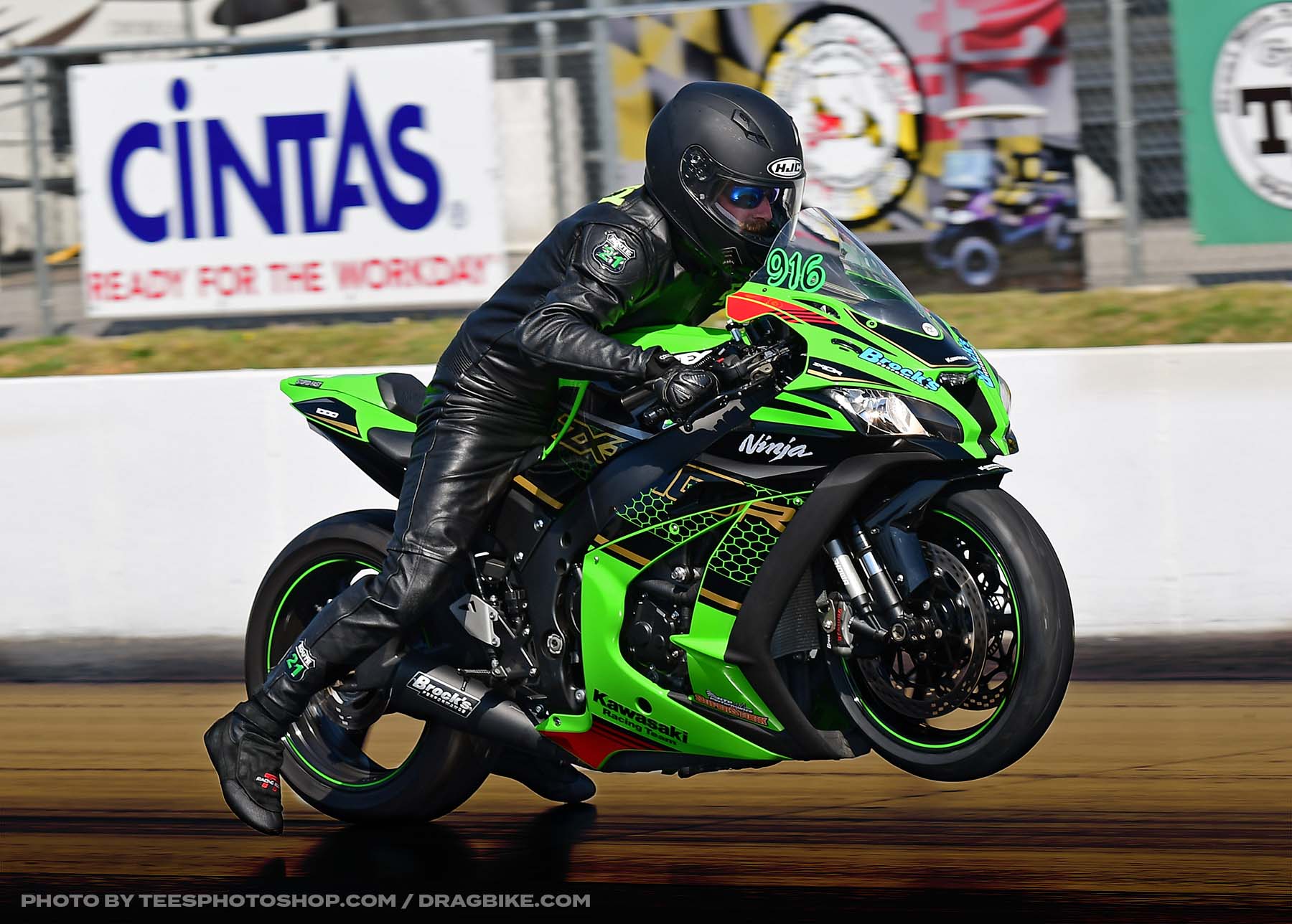 The 1/8th-mile killers of the Vance & Hines 4.60 continue to show out as these remarkable machines can put down consistent numbers while their pilots are cutting the best lights over all the classes at every event. With full 32-bike fields at every event, the riders of our quickest index category must make a calculated play for the win light with only 660 feet of asphalt to work with. Veteran Michael Ostrowski comes into the MTC Engineering Summer Nationals as the points leader, but will he remain there after all is said and done Sunday night with a hungry contingent of riders nipping at his heels? 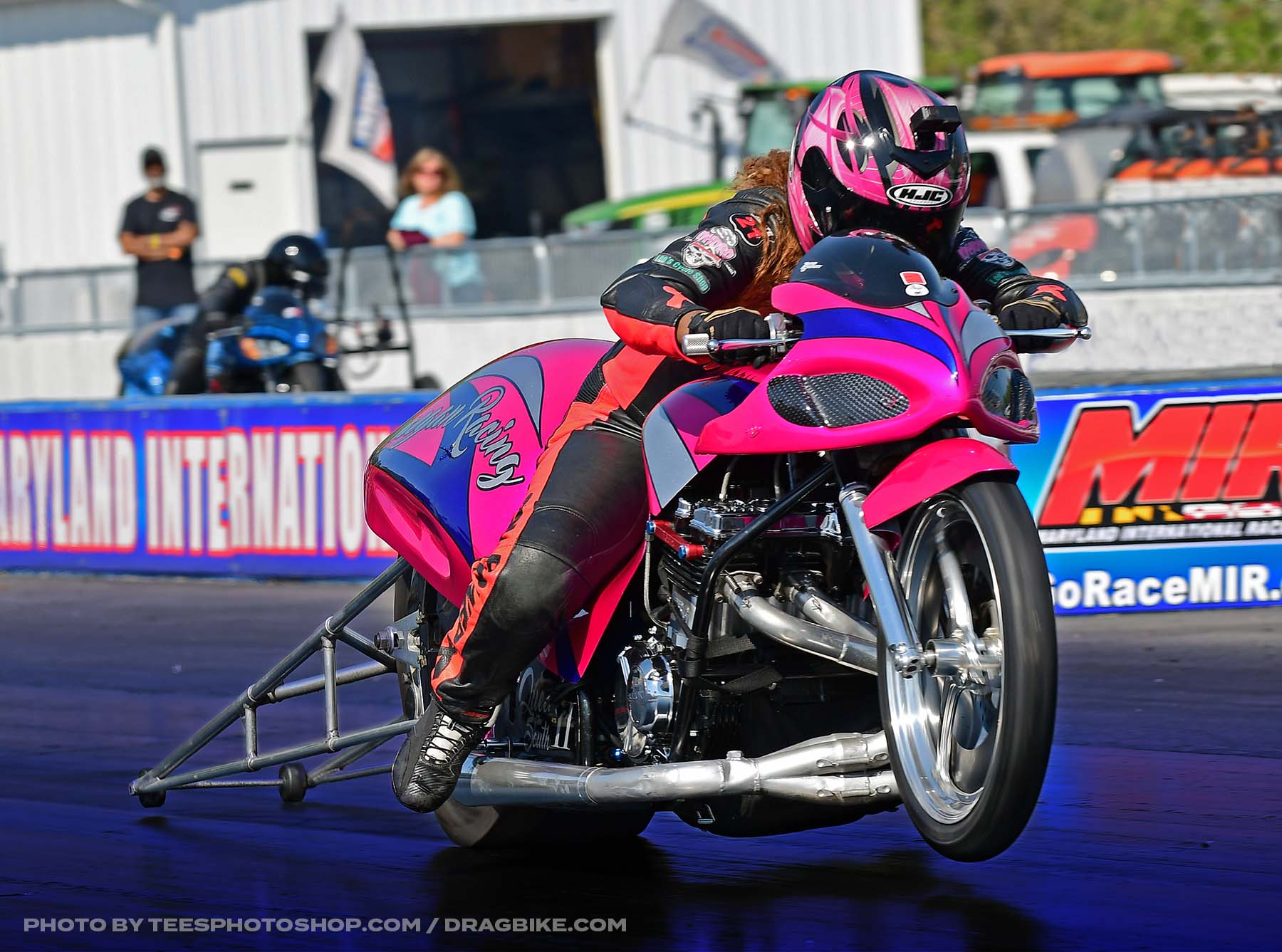 The Mickey Thompson Tires Top Sportsman class features the quickest bracket bikes in the country! The 32-bike qualified field runs on a .500 full tree and will see bikes running ET’s from the low 7’s to the low 8’s. Hank Lovett owns the title of points leader, but with the competitiveness of this class, we are betting a new points leader will emerge next weekend. 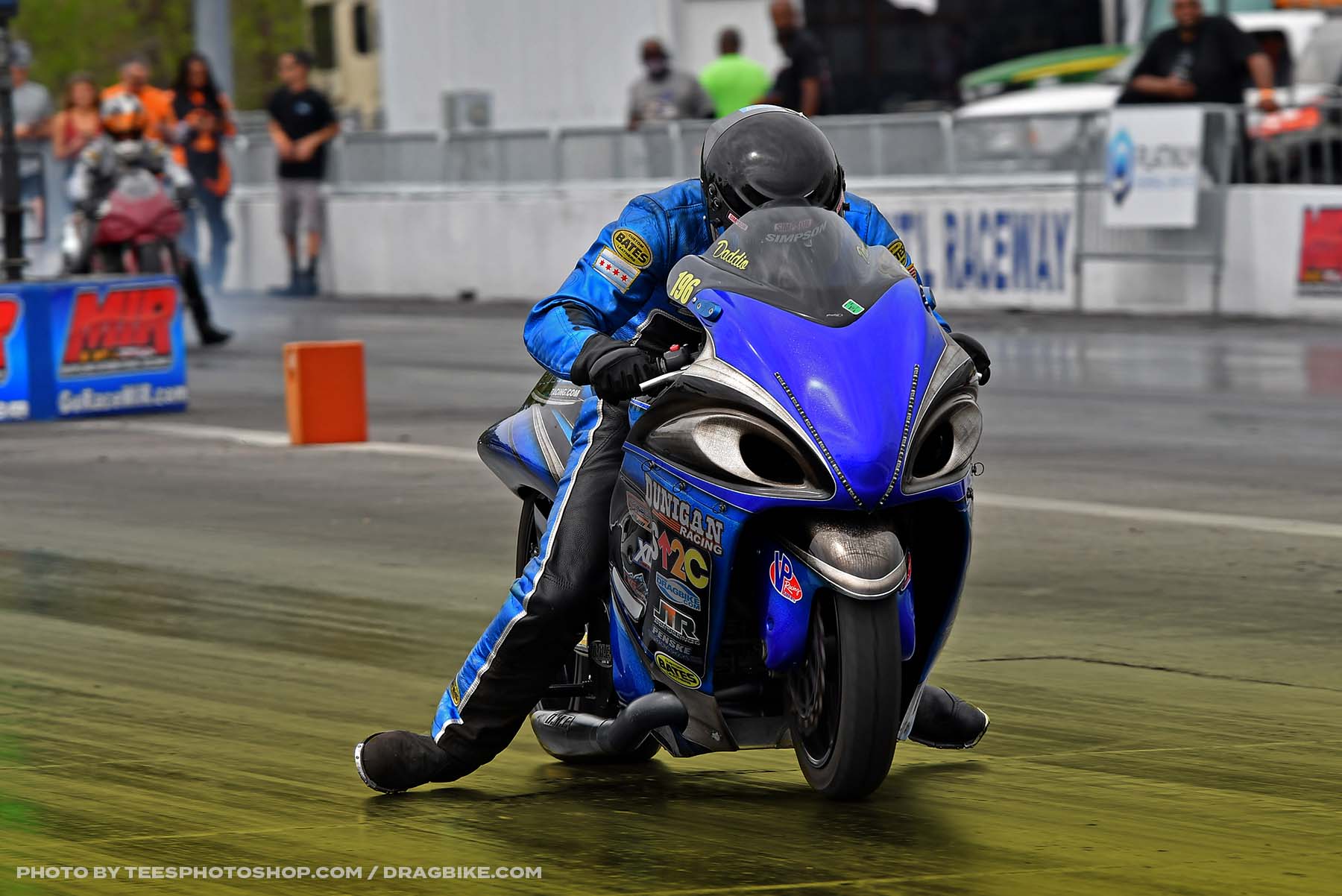 The 1 Stop Speed 5.60 index class features wheelie bar drag bikes and street bikes on an even playing field, and the action is nonstop in this class. The competition is intense as these races run on a .400 pro tree and only have 660 feet in the 1/8 mile to get their job done. Nick Noble, who has been on a winning streak across multiple sanctions, leads this class with Juan George and Carson Fields hot on his trail. 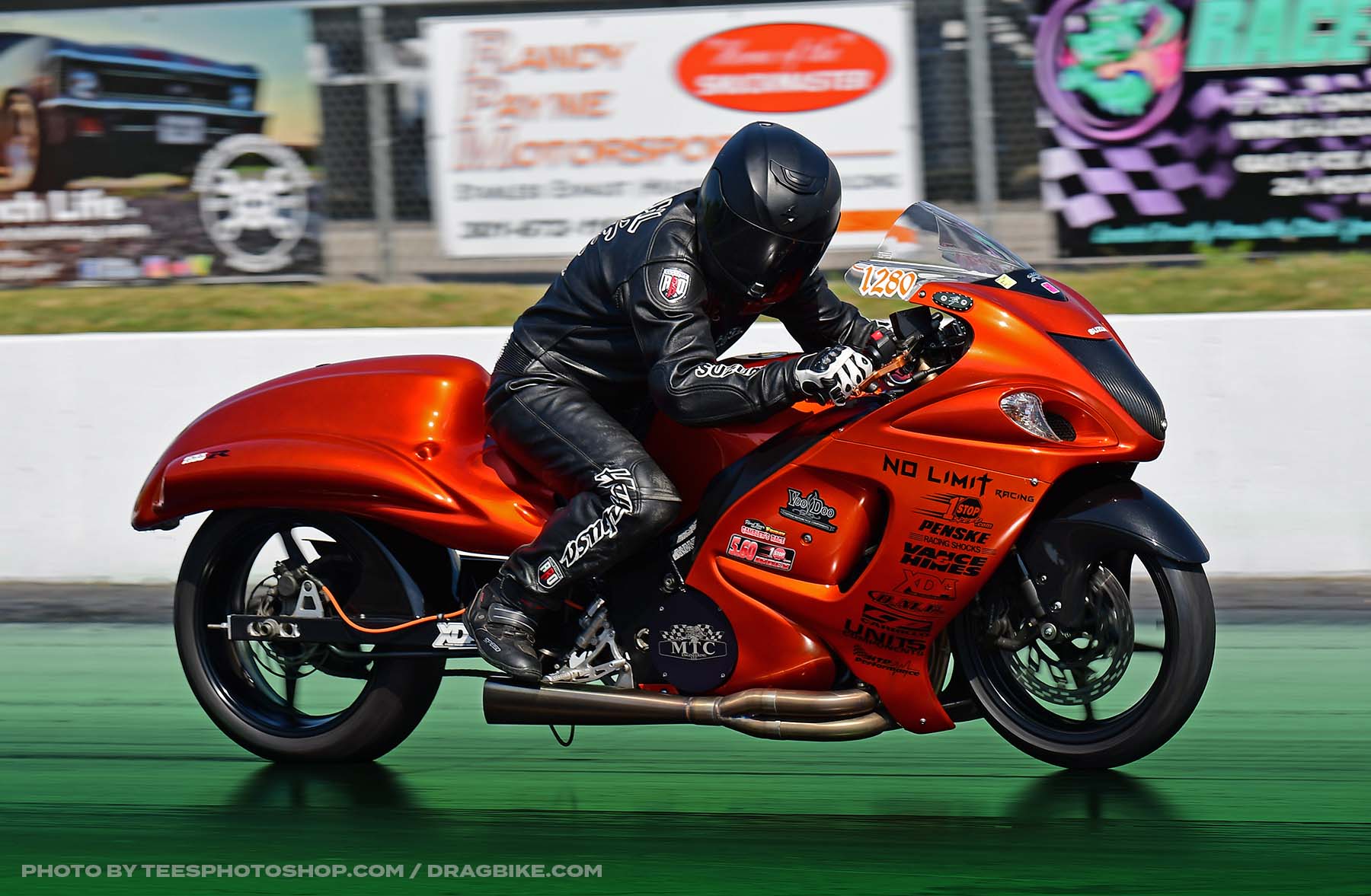 MPS Racing Pro ET is the biggest class at every XDA event. And winning this class is no small feat, with over a hundred entries at every event. Champion Dustin Lee holds on to the lead by a mere eleven points with a slew of racers only a notch behind. The action will be abundant on Sunday afternoon as these racers start to eliminate each other for a chance at $5,000 cash and, more importantly, moving up the leaderboard. 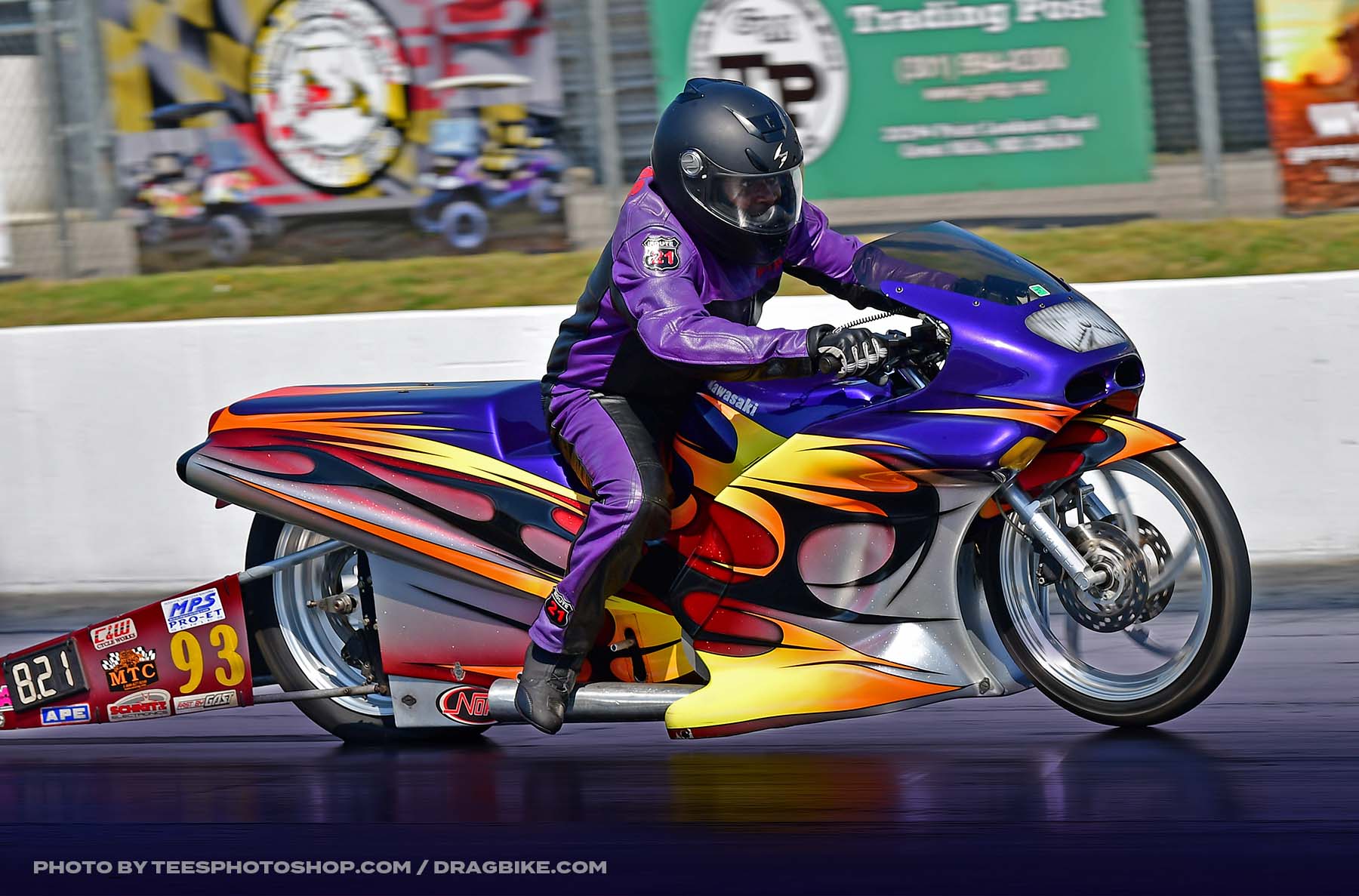 The Brock’s Performance Street ET sportsman class is for street legal motorcycles only and is great for new riders looking to get into the sport. This is a grassroots class and the best place for anyone wanting to get into drag racing to start. We encourage anyone who has been thinking about racing to come out to an XDA event and make your first competition pass down the best-prepped track in the county.

And the opportunities don’t stop there for sportsman racers, with the Friday night Hard Times Parts & Service Gambler’s race and the Saturday VooDoo Components Bracket Bash, there is plenty on track action for the backbone racers of our sport. 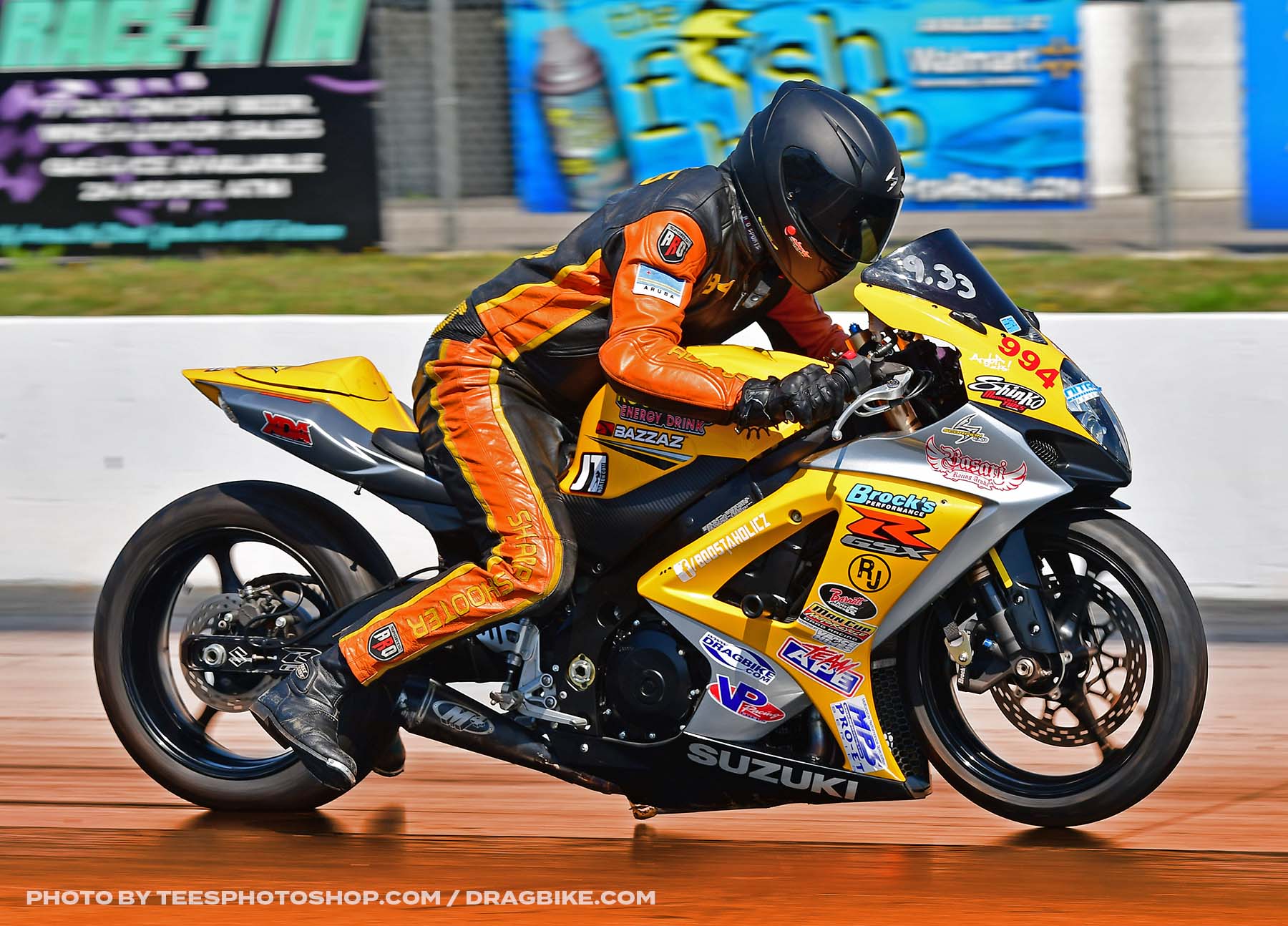 With over 700 of the best motorcycle drag racers from across the world, a massive vendor midway, thousands of enthusiastic fans, legendary track prep, top-notch media coverage, a dedicated team of XDA officials and excellent track partners; the XDA continues to raise the bar as the measuring stick of motorcycle drag racing. You don’t want to miss any of the exciting action this season.