That .70s Show for DME Racing 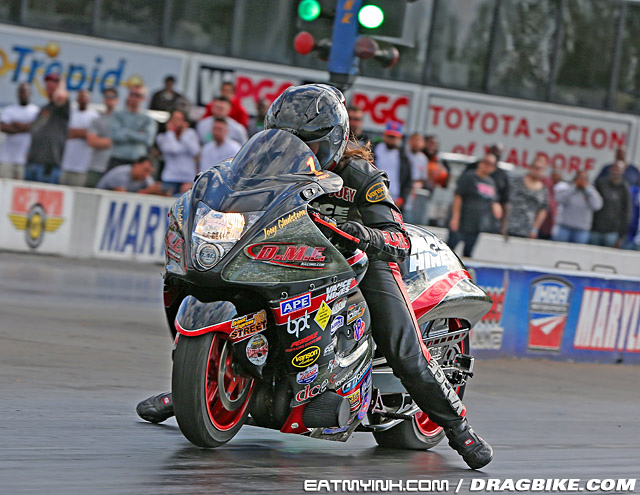 Pro Street saw a mid-season rules change aimed at slowing DME down after that dominating performance, but now a year later at the Pingel Spring Nationals, DME and Gladstone’s “Long Hair Magic” are back in the .70s. Number 1 qualifier Gladstone ran a 6.74 at nearly 219 mph in his round 2 defeat of DME Racing teammate Jason Dunigan. 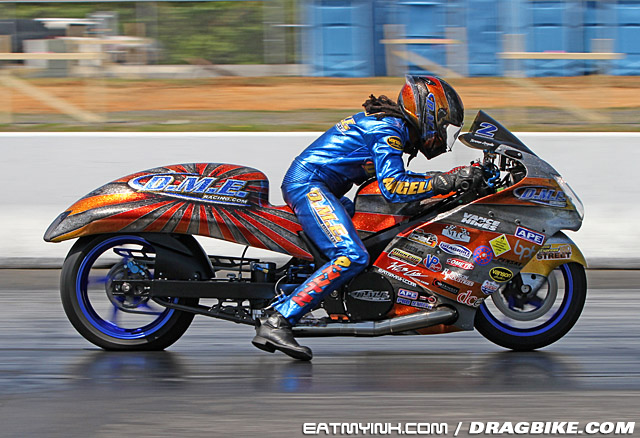 Gladstone and Litten were the two that came out alive, setting up a showdown that was a rematch of the Manufacturers Cup final in Valdosta just two weeks earlier. Gladstone had lost that one on a holeshot and seemed determined to get the best of his former DME teammate this time around.

Litten was equally bent on keeping his winning mojo on a roll. His tuner— three-time champ Rodney Williford—is well known for turning the power volume up to 11 when the trophy is on the line. It was gonna be spin or win for Litten. 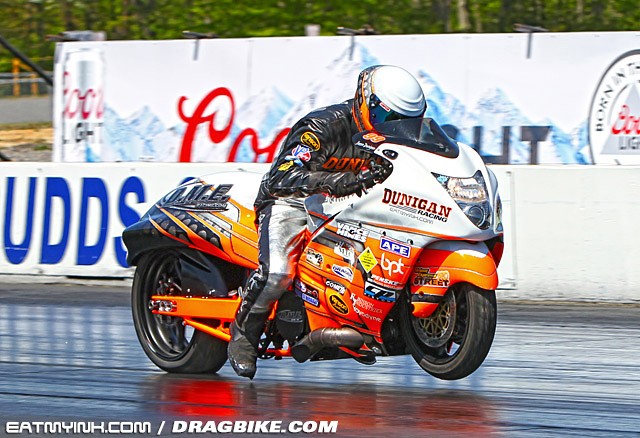 And spin it was, right at the hit, as Gladstone trucked straight down the groove in the other lane to a 6.78 at 214.38 mph. That was quick enough to back up Gladstone’s earlier pass for a new international ET record—a big reward for Gladstone, team boss Dimey Eddinger, tuner Andy Sawyer, engine builder Skip Gladstone, and the whole DME team.

Watch the Pro Street action and interviews with Sawyer and Gladstone in this video:

The DME team races next at the inaugural Dragbike.com All-Star Shootout May 20-22 at Maryland International Raceway.