New date, same Westernationals atmosphere! Western Australia’s most prestigious drag racing event attracts the cream of talent from around the country to take on the best in the west on January 30 and 31, 2015.

Just weeks after opening their season the heroes and villains of Top Doorslammer will be back at Perth Motorplex, with their earlier fortunes determining if they will be seeking a repeat, redemption or revenge!

Is John Zappia set to resume the form that won him seven straight national championships or will his rivals finally find an elusive Achilles heel on the Fuchs Striker Monaro?

The 4000 horsepower, methanol fuelled action won’t stop there with Top Alcohol opening its national season with round one of the ANDRA championship. Western Australia has been a stronghold for this mixed breed category of dragsters, altereds and funny cars with a range of talented drivers including Rob Pilkington, Shane Weston and Craig Glassby. 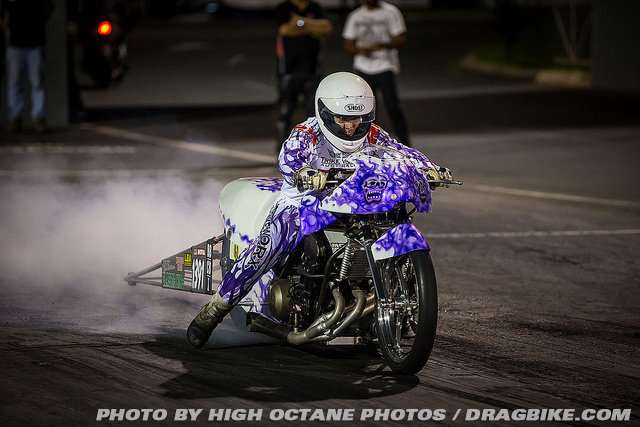 Need more? How about the second round of the new look Summit Racing Equipment Sportsman Series? If there is one event Western Australia’s best sportsman racers want to win it is this one, with precious ANDRA Gold Christmas Tree trophies on the line as well as national points that could lead to an Australian title!

Yeah, but you want some nitro too, right? Well can we recommend a viewing of the exhibition Top Fuel Motorcycle bracket? Get into the pits and smell the nitro fumes up close before seeing these madmen of drag racing carry the front wheel the length of the track to six second times and 350kph-plus runs!