Denweld Modified Bike went to Tammy Goldthorp (Raceview, QLD) who defeated a red lighting Phil Halpin in the final with a 5.969 on a 5.89 dial in from Halpin who fouled by just .011 seconds. To reach the final Goldthorp eliminated Luke Spence, Matt Halpin and Peter Strudwick.

Also in Modified Bike, top qualifier Daniel Sekli claimed a new eighth-mile National speed record for the B/MB class reaching 125.10 mph for the first ever National Record to be set at Warwick Dragway.

Rob Winterburn (Daisy Hill, QLD) showed his consistency to back up the Winternationals win earlier this year and a runner up at the recent East Coast Nationals in Sydney to add another ANDRA Christmas Tree to his collection. 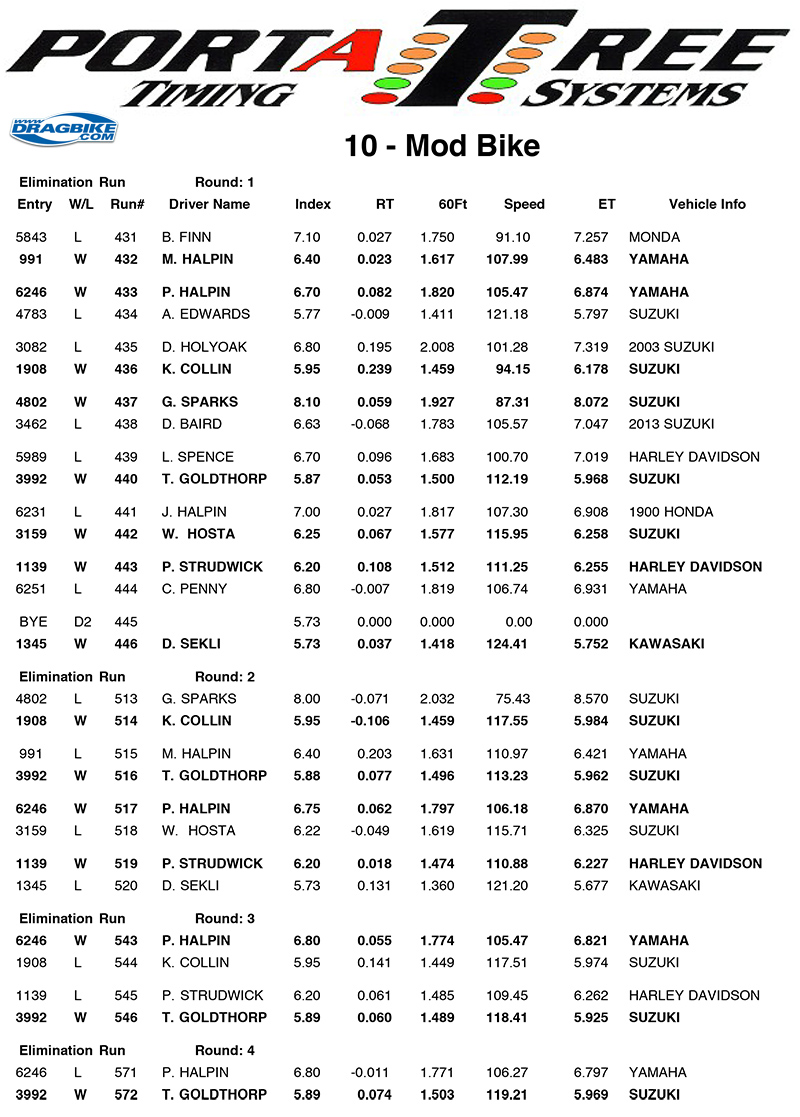 Daniel Sekli (Mt Warren Park, QLD) lead Denweld Modified Bike all day and ultimately went even quicker in his final qualifier to wrap up first place with a 5.667 ET at 124.84 mph. Ace Edwards qualified second with a 5.775 at 122.15 mph from Tammy Goldthorpe in third, Ken Collin fourth, Mark Woods fifth and Peter Strudwick in sixth of a 16 bike field. 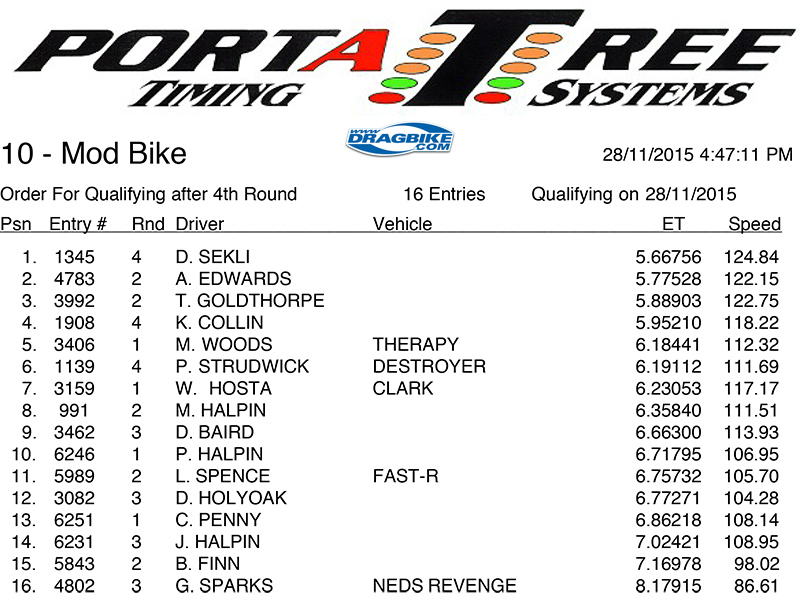