Sportsman Racers to Star on Speedweek

The Australian National Drag Racing Association (ANDRA) is pleased to announce the Summit Racing Equipment Sportsman Series coverage on Speedweek will be enhanced in the coming months.

Following a recent membership survey, 77.53% of respondents voted in favour of a Sportsman TV show while the majority preference for that show was to air as part of Speedweek Sundays on SBS.

It represents a significant step forward as the ongoing coverage on Speedweek ensures the broadcast of ANDRA Drag Racing will remain the only Free To Air drag racing action on Australian television. Speedweek can also be viewed on SBS on Demand, Motorsports TV and the ANDRA website.

In addition, the ANDRA Drag Racing component of the show is beamed around the world on MAVTV in North America and Motors TV across Europe. 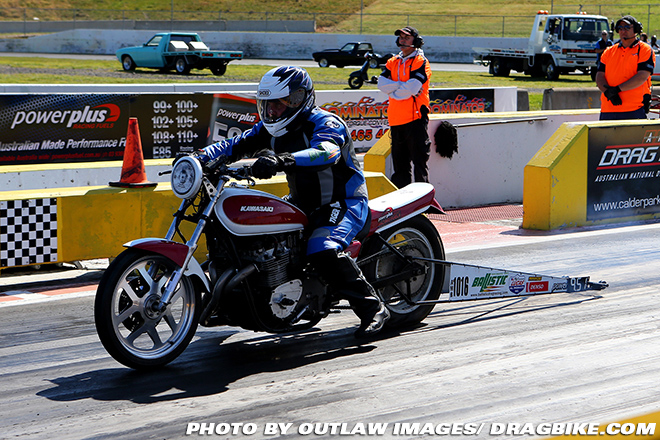 “It’s pleasing we get to maintain a presence on Free To Air TV and we will work with AVE to improve the existing show with more colour and more teams receiving air time in a variety of ways,” said Rob Curkpatrick, Interim ANDRA CEO.

“We are also investigating other avenues to complement Speedweek for even greater coverage however the focus at the moment is to begin shooting at Warwick Dragway for Round 4 of the Series.”

The Sportsman TV will air during the remainder of the 2015/2016 Summit Racing Equipment Sportsman Series with an enhanced coverage featuring new camera angles, on board footage and super slow-mo featuring more Sportsman teams at more tracks than ever before.

The next round of the Summit Racing Equipment Sportsman Series to be broadcast on Speedweek will be Round 4 from Warwick Dragway in South Queensland held over the weekend of November 28-29.