After five long and difficult months of rehabilitation Angelle Sampey was not sure what the future held for the winningest female in NHRA history. Sampey, recovering from severe lacerations to key tendons in her lower left leg had limited testing prior to the GatorNationals. 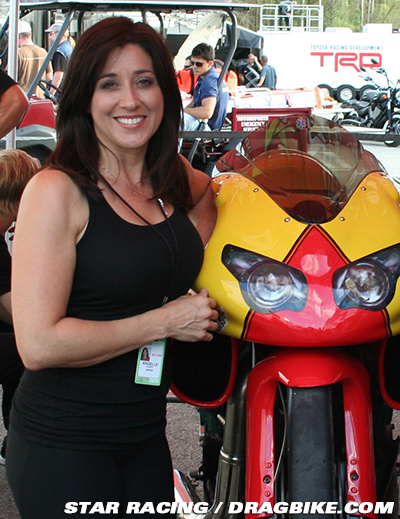 “We stopped at South Georgia Motorsports Park on the way to Gainesville and got two great runs which gave me the confidence entering the weekend, said Sampey. “Yes, I had jitters the first run in qualifying, but once I made it down the track I felt the most comfortable I have ever felt on a Pro Stock motorcycle.”

Angelle led the first, second and third rounds of qualifying with a blistering 6.871 run under hot and humid conditions proving that the Star Racing S&S powered Buell was ready to challenge for the season opening win. The Louisiana native was barely edged out of the number one spot in the last session by the last bike to run after two days of solid runs leaving her sitting in the number two position entering Sunday’s eliminations. 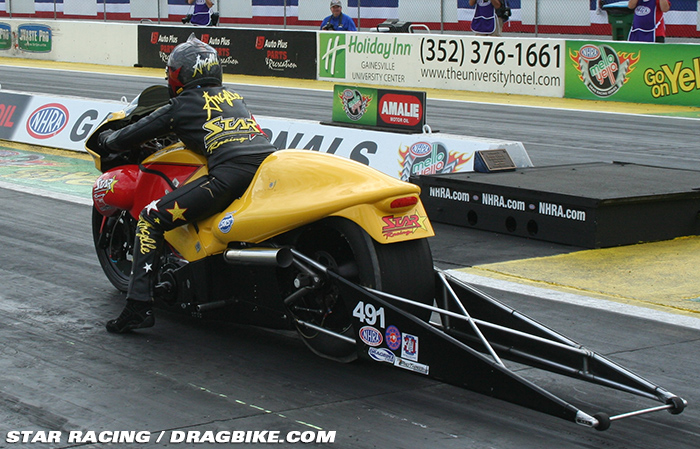 “It would have been great to get the number one spot but I am happy with our performance,” added Angelle. “I have never felt this comfortable on my bike. In the past, with the problems I had keeping the bike running on the starting line in round two, I would have not kept my emotions in check, but I have a new sense of confidence that allows me to focus and gives me a feeling of calm.

After a first round win Angelle headed to the second round to face LE Tonglet. A sensor broke during the burnout causing Sampey to shut off a few hundred feet off the starting line ending her whirlwind weekend but gave notice that her dream of passing Dave Shultz and his 45 all-time Pro Stock motorcycle wins could be in jeopardy this season. 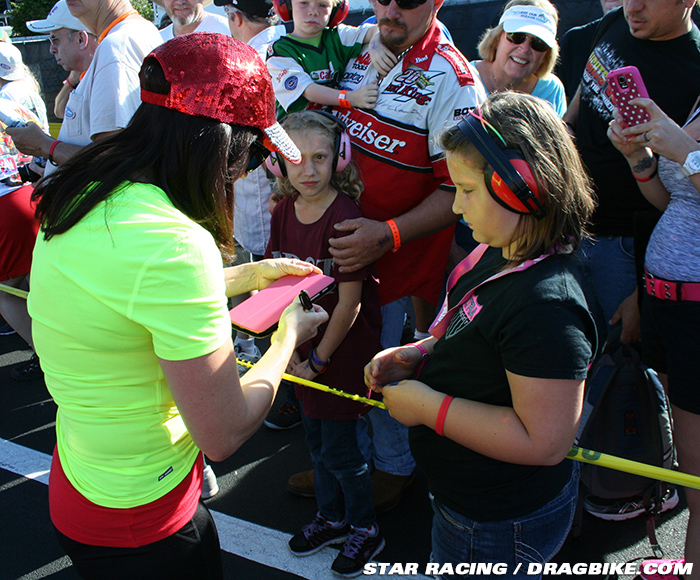 “Angelle is a champion in every sense,” stated team owner George Bryce. “I have never met a more intense competitor in my life and she wears her emotions on her sleeve. Even with the disappointment of breaking in round two, the fans let her know how they felt giving her a rousing standing ovation as she walked back to the starting line. That’s what makes a champion…talent, passion and guts and she has them all.”

Angelle and her Star Racing team tested at Gainesville on Monday…there are a lot of races to win and championship to battle for. The 3-time champion’s next race is the ZMax Nationals in Charlotte, North Carolina, March 27-29. 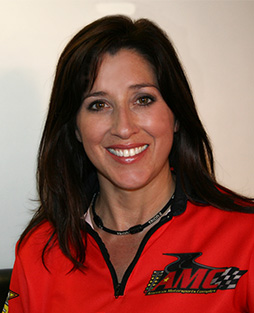