Brock’s Performance has announced they are offering a new carbon fiber exhaust specifically for bagger road racing. The new ‘Bag Pipe’ is designated “race only” and is not for street use.

“Bagger racing is the ‘it’ class in motorcycle road racing right now,” said Brock’s Performance CEO Brock Davidson. “There are at least two sanctions holding bagger racing events with tremendous interest from OEMs, major aftermarket companies, and fans.  When we see a motorcycle racing class with this much excitement where we feel we can make a positive improvement in performance, we jump right in.” 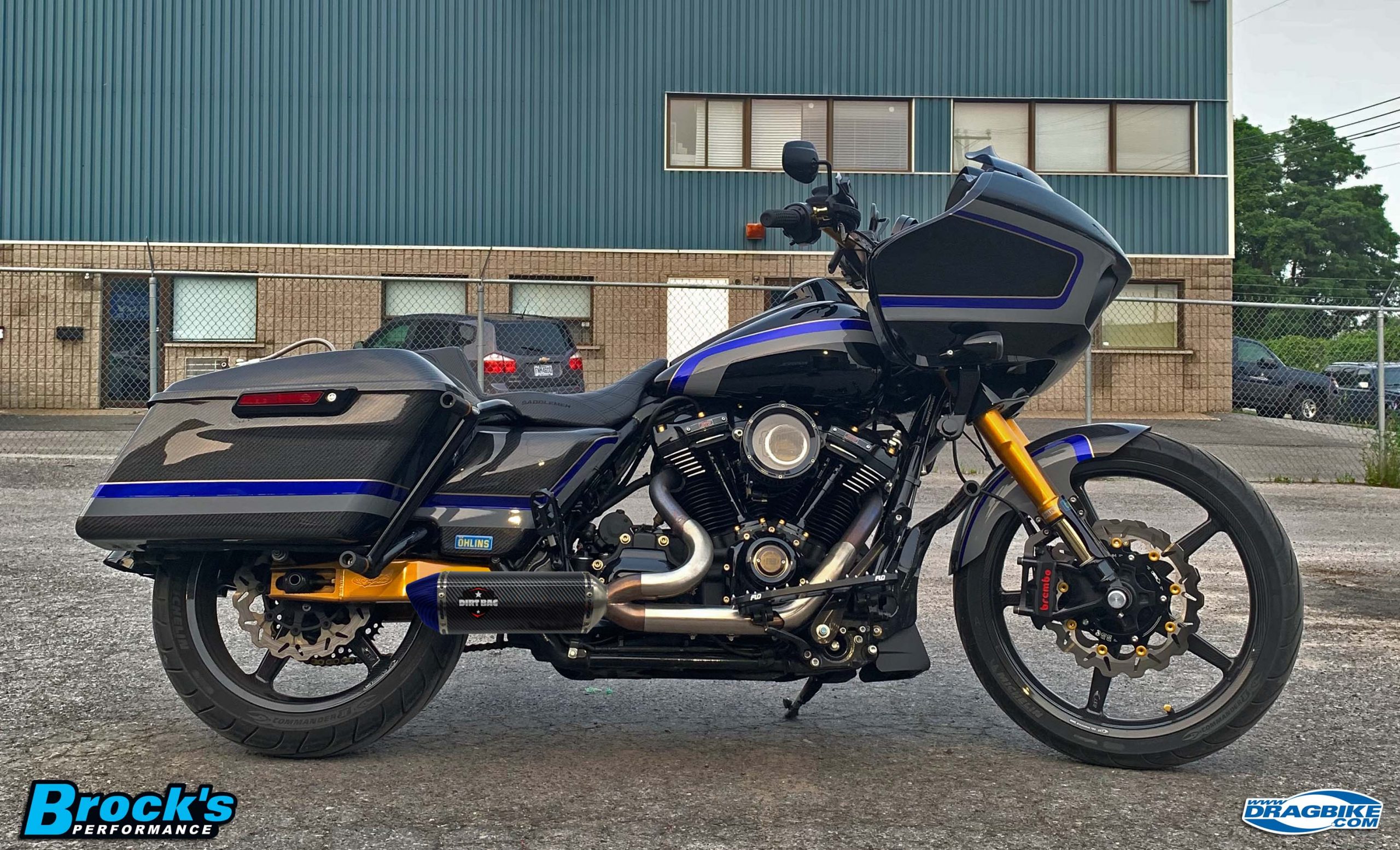 The exhaust is designed specifically for the bagger class, maximizing the powerband for modified V-twin motors at the RPM range typical for these bikes in a road race application.

Bagger road racing started with a one-off race at the 2020 MotoAmerica event at Laguna Seca in Monterey, California.  Interest from the motorcycle aftermarket community and fans was so intense, MotoAmerica held three rounds in 2021 and expanded it to seven rounds this year. The class also spawned the rival Bagger Racing League.

After the opening MotoAmerica event at Daytona this year, Indian racer Tyler O’Hara currently leads the points with a win and a runner-up at the two rounds held at the storied race facility.

In addition to the new Bag Pipe exhaust for Bagger racing, Brock has announced his plan to start a Bagger Dirt Track racing series.  Tentatively titled the “Dirt Bag” series, Brock is targeting a modest 6-race series that will run mile, short tracks, and even TT events.

“There is nothing like the feeling of sliding a 600-pound motorcycle around a dirt track,” said Brock, who is personally testing some of the Dirt Bag bikes himself.  “We can’t wait to see what it looks like when they slide three-wide, bag to bag, on a mile oval.” 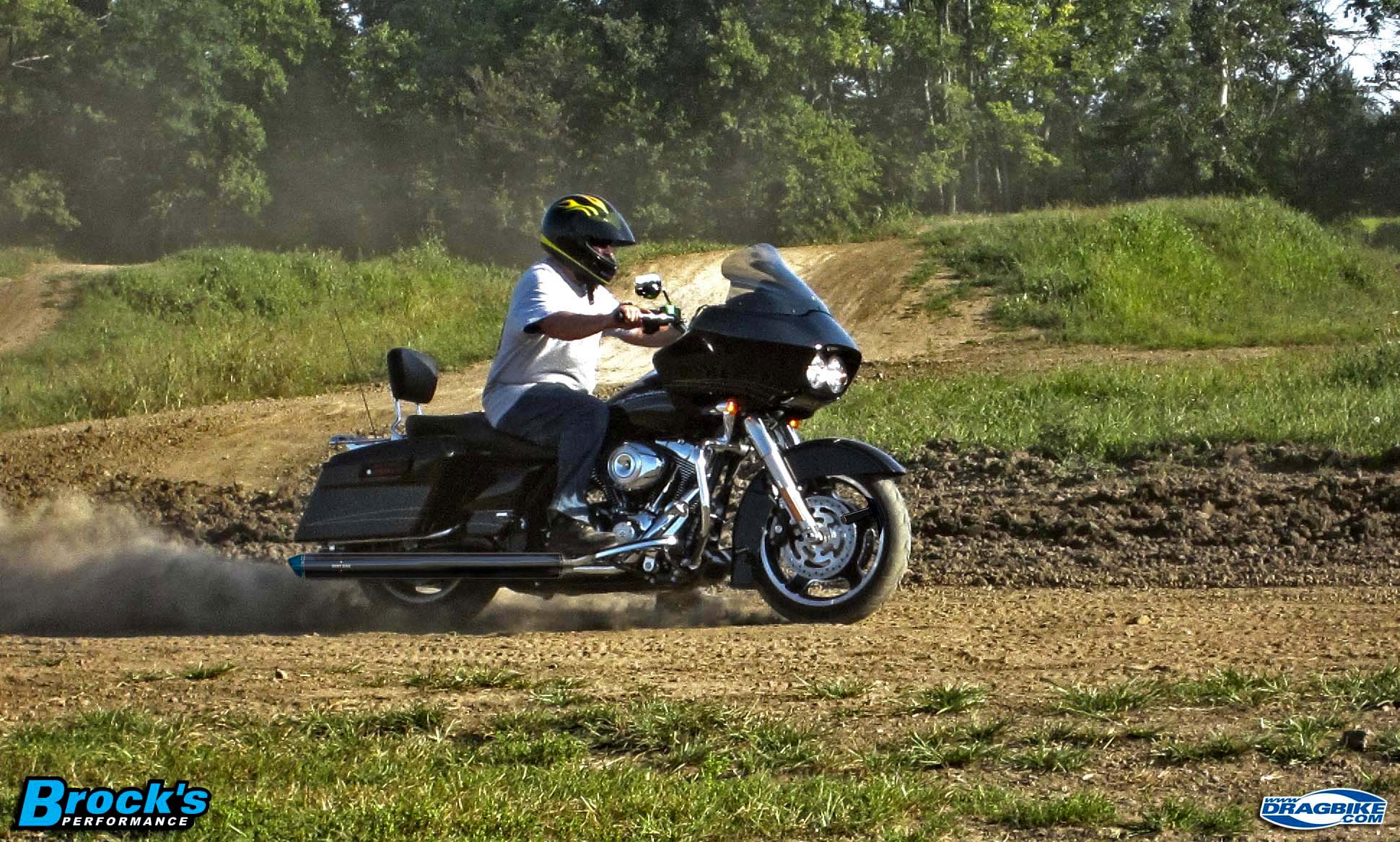 Some of the events will be run in conjunction with popular “Hooligan” events that run smaller Harley-Davidson Sportster on short dirt tracks.

Brock also noted that they have begun testing a bagger motocross bike.

The R&D department at Brock’s new testing facility in Dayton, OH has dubbed this new concept bike the ‘MotoXBagger’. Since every test bike has been destroyed after attempting an easy 100-foot jump, no photos of the concept bike have been released at this time.

“Does it sound crazy? Sure it does.  But we think the excitement will be off the hook,” said Brock. 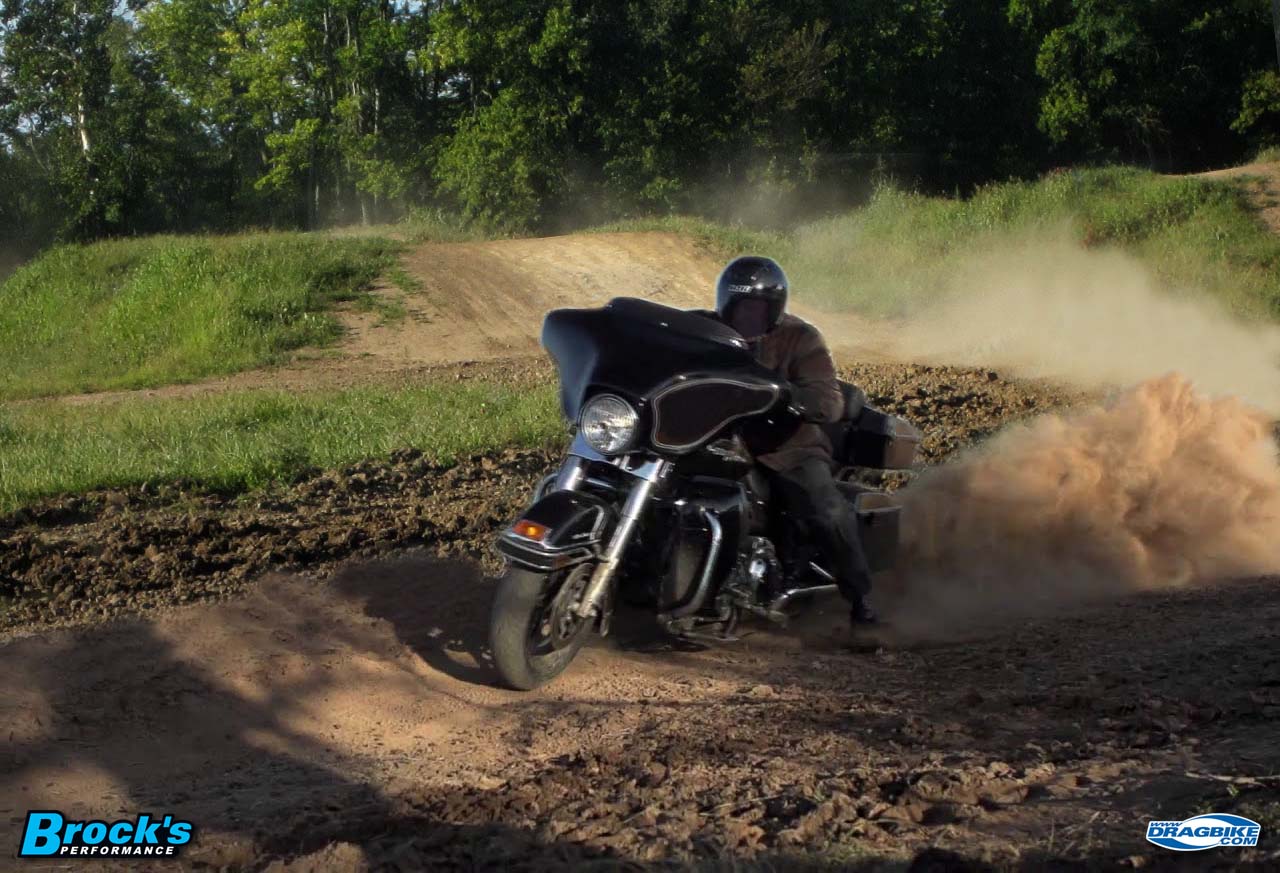 “Jumping a bagger proved a lot more challenging than we thought it would be,” he continued.  “We have absolutely wrecked a couple of bikes testing the concept.  We have to re-think suspension concepts to get a 600-pound motorcycle to survive a jump like a 300-pound motorcycle will.”

Brock noted that additional power also has to be found due to the weight of the ‘MotoXBagger’. 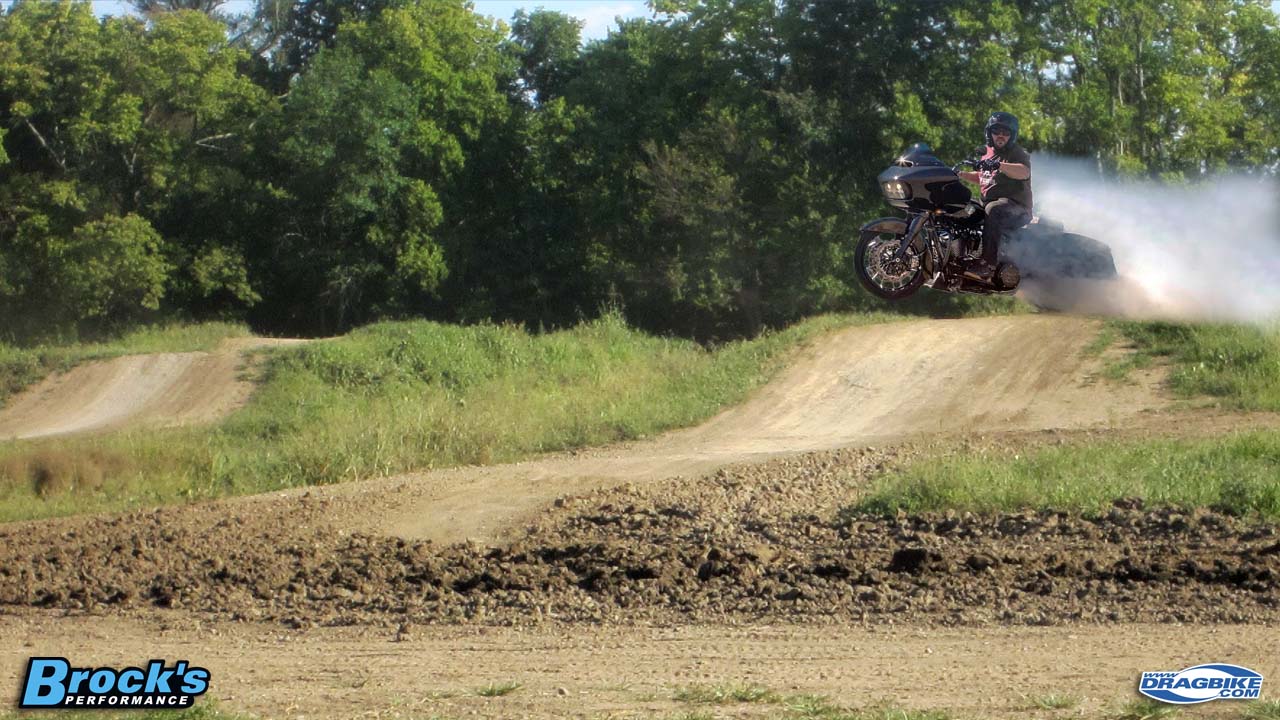 “You need Stupid Fast speed and power,” he said.  “We are experimenting with turbos and of course nitrous to get the speed we need to get a bagger over a triple jump.”

Brock stated that they are looking to have a public display of the ‘MotoXBagger’ machines in action at the end of 2022, with events beginning in 2023.

But what Brock really needs right now is more test riders. If you think you have the skills and would like to be part of history testing the new ‘MotoXBagger’, contact us at the link below.

About Brock’s Performance: Brock’s Performance leads the way in sportbike innovation for acceleration addicts. From exhaust systems to wheels, this championship-winning company designs, builds and sells more than 3000 products that make it easier and safer for racers and street riders to reach record-breaking results through a never-ending process of research, development and track testing. For more information about Brock’s Performance parts, go to BrocksPerformance.com or call 937-912-0054.