Since C.J. was a kid he can remember watching his Dad race his GSX-R1100, and now seven years into his racing career CJ never forgets his roots. For the last four years Rockingham Dragway has been good to CJ and this year has been his most consistent yet.

The WPGC Bike fest in Maryland he ran Pro ET and out of 185 bikes made it to the last 16. CJ Fair has proved he can compete with the best of the best. 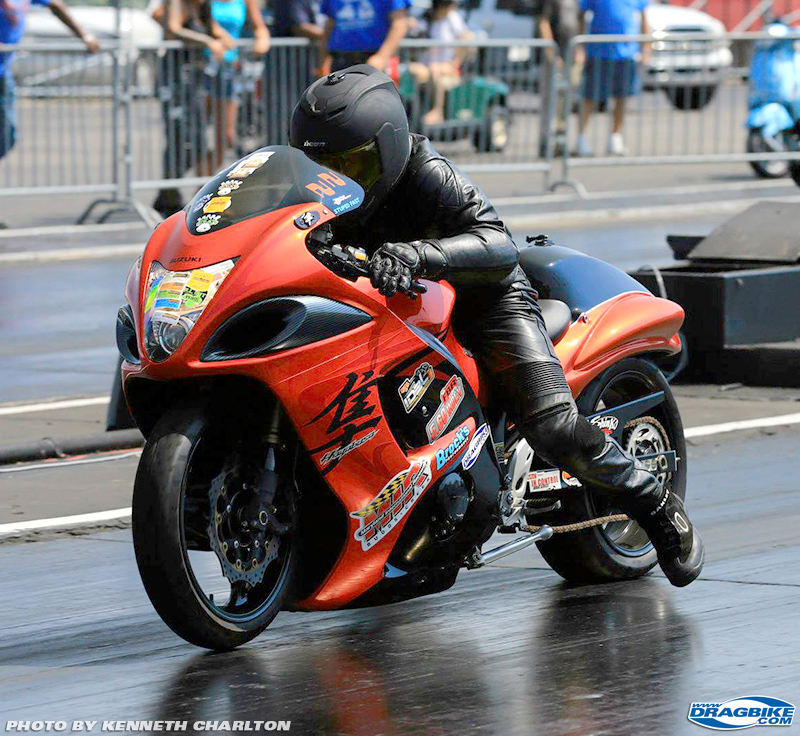 Knowing The Man Cup was coming back to Rockingham; “I knew I had a good shot at getting into the winner circle with my 2008 Hayabusa aka: A.S.A.P.” said C.J.  Fair play Motorsports Showed up big qualifying #7 in Crazy 8’s and his father, Russ Fair, taking the number one qualifying position.

“Round after round in Street E.T. my bike Consistently stayed on its number with an 8.80 dial in. Down to the finals with Chisa Yokota from Japan. I knew Chisa would run close to her dial-in so I had to cut a good light to stay in front of her. After that win I’m in the number 10th spot in Street E.T. in the Man Cup series & number 6th spot in Crazy 8’s. And in the  IDBL Series I sit in the 13th spot in Crazy 8’s. I am hoping to stage on course and looking to grab my first IDBL Win at Atco Race way in New Jersey.” said C.J.

Look for CJ Fair to finish the 2015 race season strong! 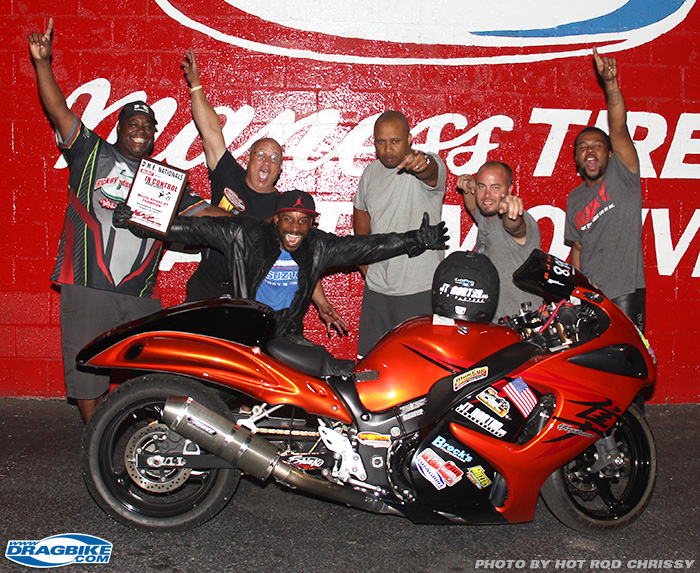 CJ would like to thank his sponsors ; JT Norton Photography, RPM Custom Cycles, & South Carolina Hydrographic’s. I thank all of you for your support and belief in me.

CJ also added, “This past weekend at Rockingham I set my personal best quarter mile & eighth mile time on the Fair Play Motorsports Grudge bike ‘STEALTH’. Wish I Could say the time… but I went “Stupid Fast” as Brock Davidson would put it.