The Fédération Internationale de Motocyclisme (FIM) has signed a Promoter Agreement with the UK-based company Trakbak Racing Limited ahead of the launch of a new FIM World Series in the spectacular sport of Drag Bike Racing under the aegis of the FIM Circuit Racing Commission. 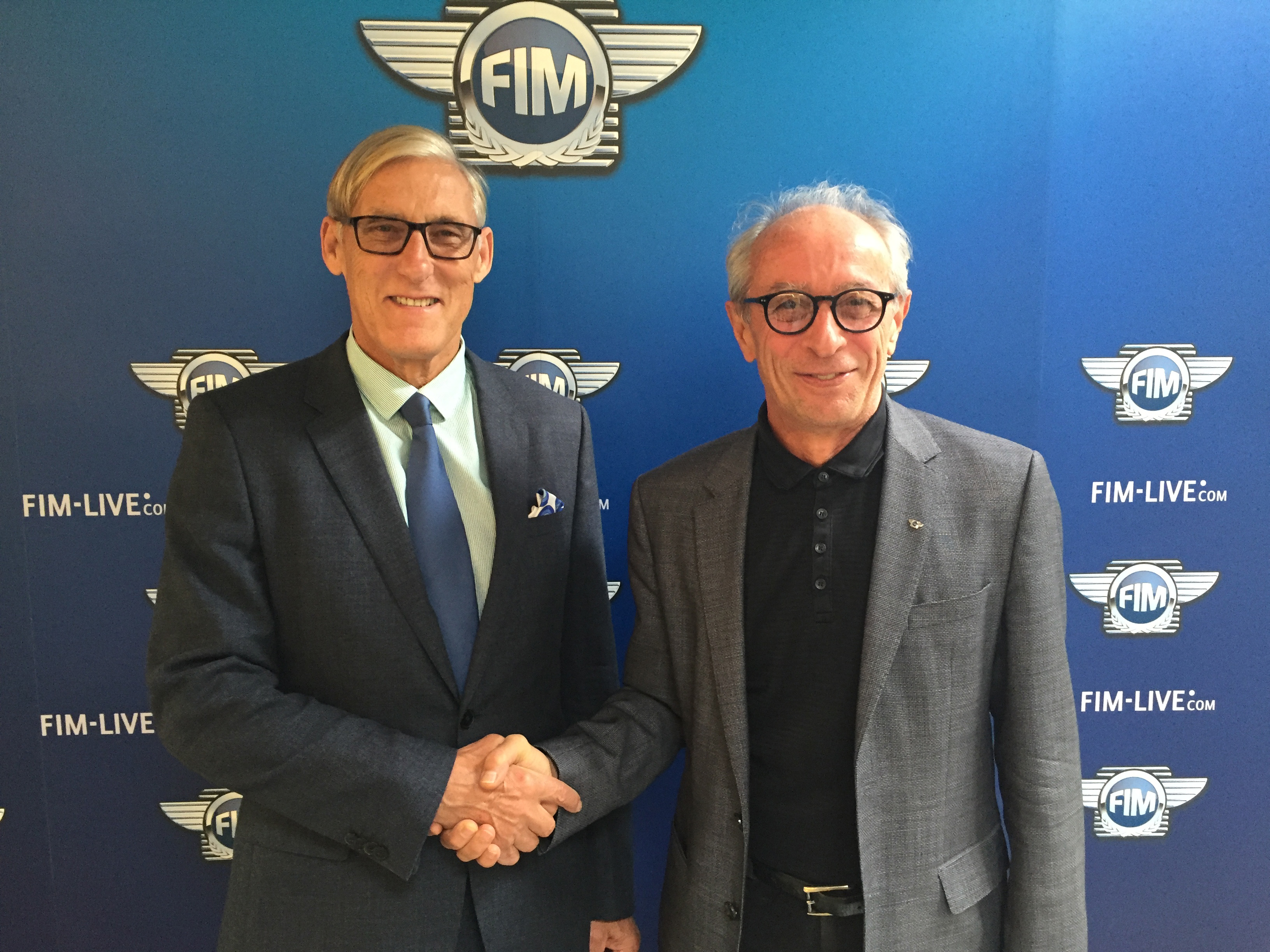 The FIM chooses to work with promoters for its flagship events in order to ensure that they are professionally managed and receive maximum visibility.

The FIM Drag Bike World Cup is the latest FIM World Series to join the FIM’s stable of championships and cups. As owner of all the intellectual property and commercial rights, the FIM is delighted to have found in Trakbak Racing a partner with the experience, knowhow and enthusiasm necessary to do what it takes to make this Series a success.

Trakbak Racing will exercise a broad panoply of rights pertaining to the Series, which will be staged starting in 2018. Trakbak Racing CEO Keith Bartlett, who has promoted this popular and family friendly sport for over 25 years, is the commercial rights-holder of the FIM European Drag Bike Championship. He is looking forward to taking the competition to another level with this new FIM World Series.

FIM President Vito Ippolito welcomes this arrival of this new kid on the world motorcycling block: “Drag Bike is a very spectacular discipline with a growing public following. The FIM is delighted to be able to offer motorcycle fans this new world series with the help of Series Promoter Trakbak Racing. Keith Bartlett has been managing the FIM European Drag Bike Championship since 1996 and we are confident that his experience will help us to develop this new Series, which could become a fully-fledged championship in the near future.”
On the occasion of the signature of the contract at the FIM headquarters in Mies, Switzerland, Trakbak Racing CEO Keith Bartlett said of the agreement: “I am delighted we have partnered with the FIM in this exciting new world wide series, adding the FIM World Drag Bike Championship to our existing stable of official drag racing championships and series owned, promoted and organsied by Trakbak Racing Ltd. The addition of an official FIM world drag bike championship will bring an even higher profile and brand appeal to the sport of drag racing worldwide, whilst helping to lift the profile of motorcycle drag bike racing across the globe.”
About Trakbak Racing Ltd:

Among its 50 FIM World Championships the main events are MotoGP, Superbike, Endurance, Motocross, Supercross, Trial, Enduro, Cross-Country Rallies and Speedway. Furthermore, the FIM is also active and involved in the following areas: public affairs, road safety, touring and protection of the environment. The FIM was the first international sports federation to impose an Environmental Code in 1994.