Four in four for King at NitrOlympx

Four in four for King at NitrOlympx

Following their shock first round loss at the previous FIM European Championship championship round it was important for the Gulf Oil Dragracing – Grand Prix Originals Top Fuel team to make a good showing at this, the 30th anniversary NitrOlympX at the Hockenheim-Ring in Germany. 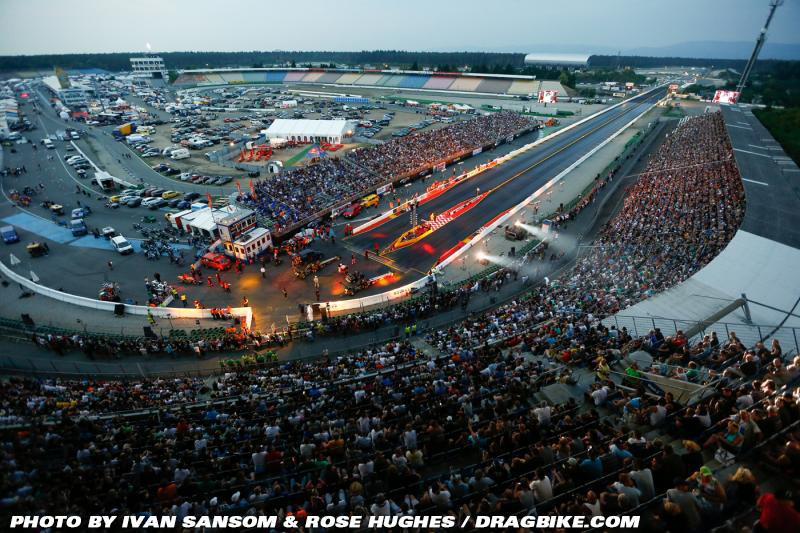 Subsequent to the problems experienced last year after the FIA mandated thorough cleaning of the rubber from the `Rico Anthes Quartermile’, the condition of the track surface was of concern to a number of racers leading up to the event. However, a combination of the controversial cancellation of a German Formula 1 race and the superb efforts of the ace Anglo-German track preparation allayed those fears.

However, despite the optimal track surface the adverse weather conditions proved a huge impediment for the track and teams who struggled to find a tune for the stifling +40C heat. 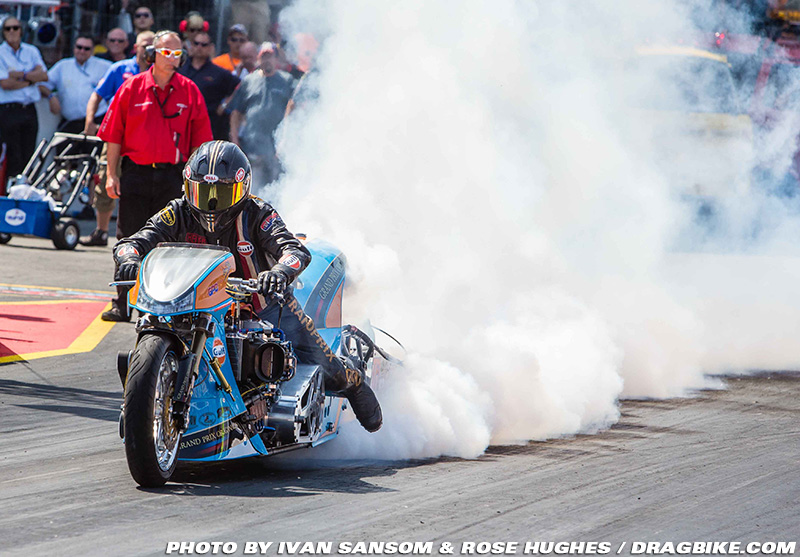 The team opted to calm the power delivery of the 1500HP Puma machine for the first qualifying round but a delay whilst waiting to run in the blazing sun due to an oil-down and a subsequent local bye-law mandated break in racing conspired against the Top Fuel Bike class runners. An out of character error by the team resulted in a failure to enact the timer system controlling clutch, fuel and ignition functions and King ran the track with a minimum of engine control leading to a modest (by their standards) 7.234 secs @ 147.04 mph (but good enough for #2 qualifying position) after King clicked off early to prevent any damage.

Second round of qualifying was a different matter despite the extremely hot conditions when King carded an impressive 6.14 secs @ 201.4 mph whilst struggling to keep in his lane on the loose track surface, once again clicking off early after the bike made a move towards the wall at the top end.

With the #1 qualifying position safely under his belt the team elected to sit out the next round in readiness for his appearance under the lights at the world renowned `Nightshow’ in front of a huge crowd of more than 70,000 excited spectators. 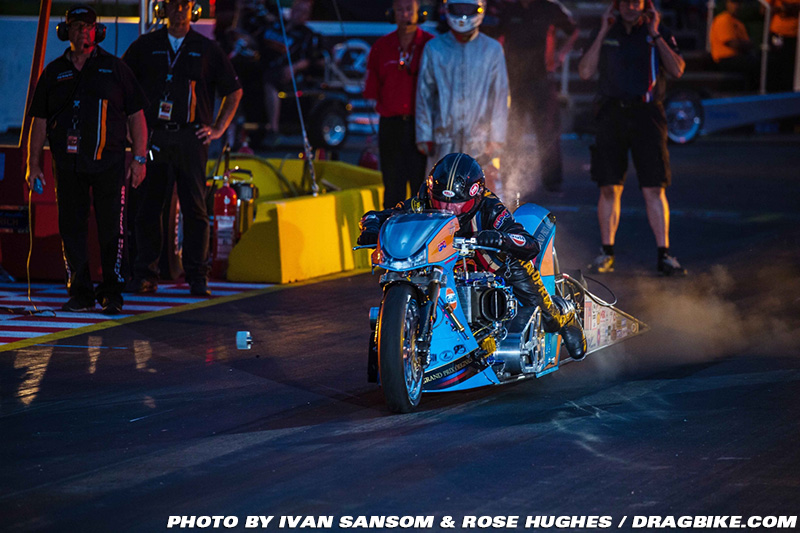 King’s run was widely anticipated as the track and air conditions cooled, and following the 6.14 under adverse conditions a five second pass was on the cards. However, disaster struck when a bolt holding the supercharger drive sheared at the launch dislodging the pulley and King slowed to a halt a few metres out in front of the disappointed but hugely appreciate crowd.

Race day dawned with slightly cooler conditions and the vagaries of the elimination ladder after the withdrawal of Dutch rider Rene van den Berg due to breakage meant King had the benefit of an unopposed `bye run’ into the semi-finals. A `soft’ pass saw Ian run an early click off 6.30 sec @ 192.2 mph, good enough to take lane choice in the next round. 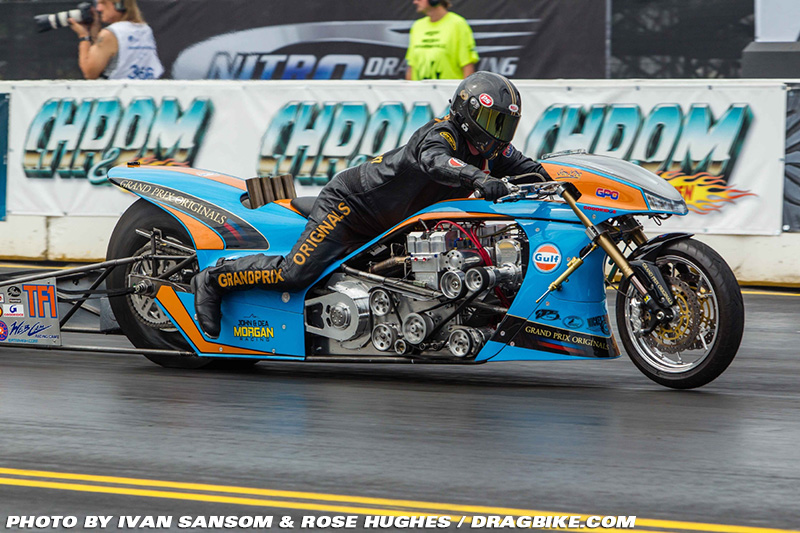 The semi-final saw Ian paired against Czech rider Otto Knebl on his ex- Brian Johnson `Imperial Wizard’ Puma Yamaha. Despite Knebl’s best efforts he was no match for King’s consistent low six second performance who recorded a 6.35 sec @ 207.4 mph despite rolling off the throttle at the top end. 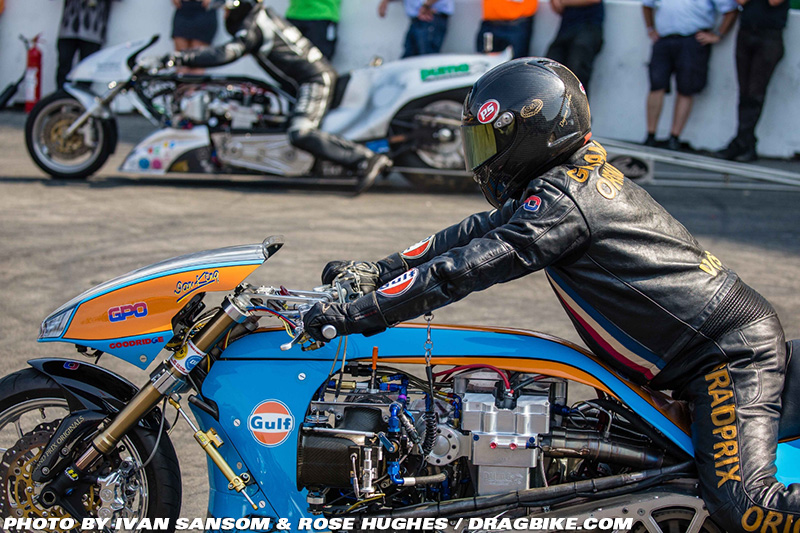 The final saw King paired against current championship points leader and Funnybike world record holder Rikard Gustafsson of Sweden. The Swedish ace was characteristically fast from the line on the lighter and hence quicker reacting turbo methanol powered Pro1 Puma but King overhauled him by mid track to take the win light with a 6.37 sec @ 203.2 mph blast to take the event win. 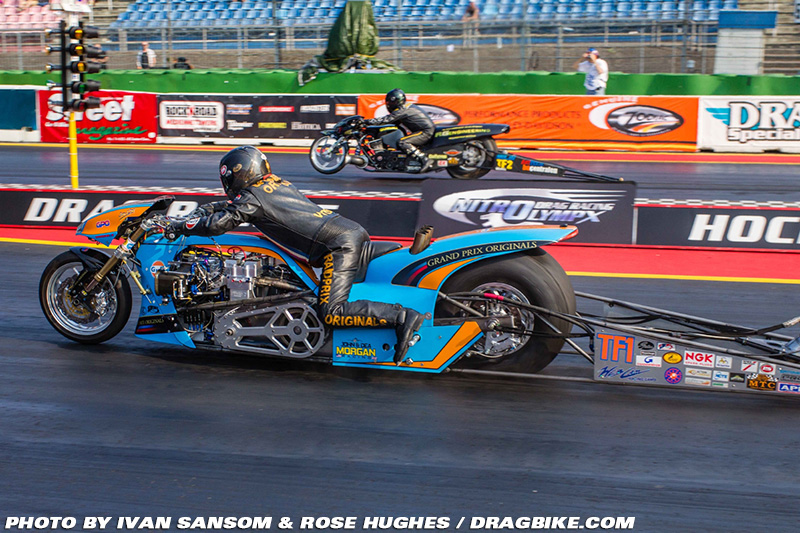 This was the Gulf Oil Dragracing – Grand Prix Originals Top Fuel team’s fourth consecutive win in as many years at Europe’s biggest dragrace and was all the more sweeter for being achieved at the 30th Anniversary event whilst closing the points gap on the championship points leader. 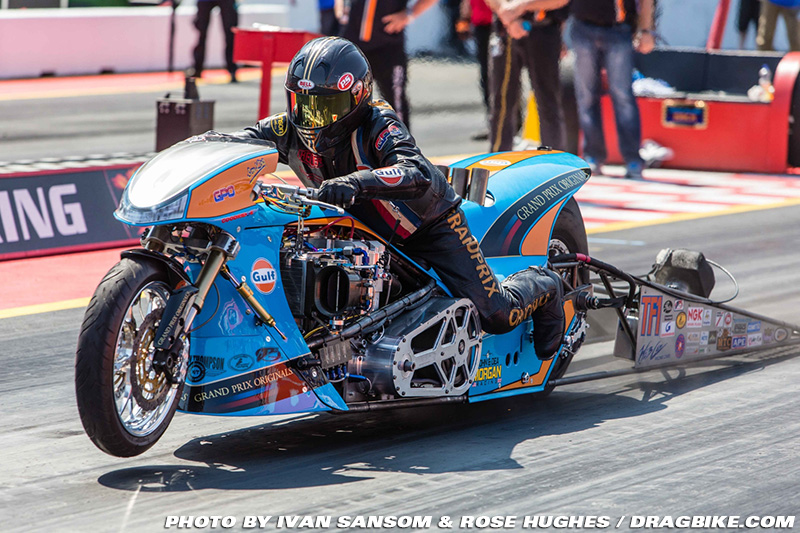 The team now travel to the final round of the prestigious FIM European Dragracing Championship at their home track of Santa Pod in England. Once again an exciting climax to the season awaits as their second position in the championship requires they must win one more elimination round than their nearest opponent to clinch their ninth FIM European Championship. 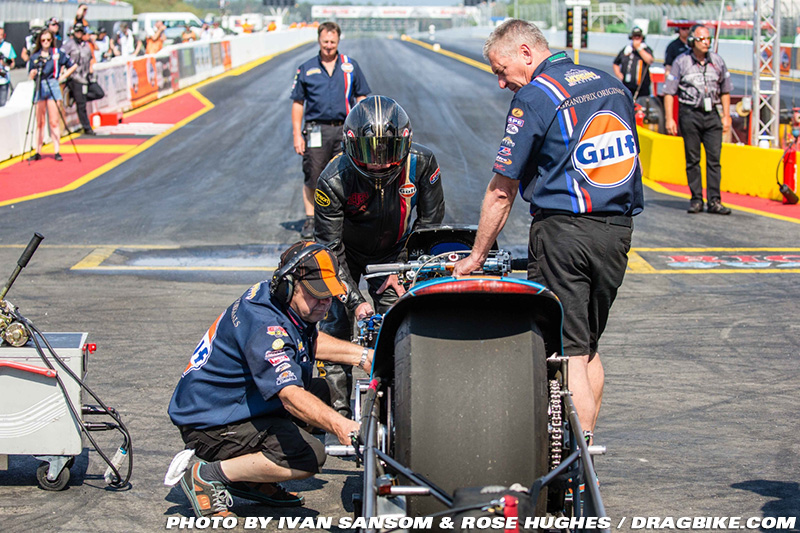 The team is extremely proud to be supported by many leaders in their chosen markets in their quest for a 9th European Championship:-