The Street Rod motorcycle piloted by Krawiec was quick off the trailer and the bike to beat all weekend. Krawiec was the number-one qualifier for the event with a best elapsed time (ET) of 7.178 seconds. Krawiec bested that effort in the final round of eliminations on Sunday with a 7.145-second blast at 188.28 mph to set the quickest ET and fastest speed by a Pro Stock Motorcycle for the event. 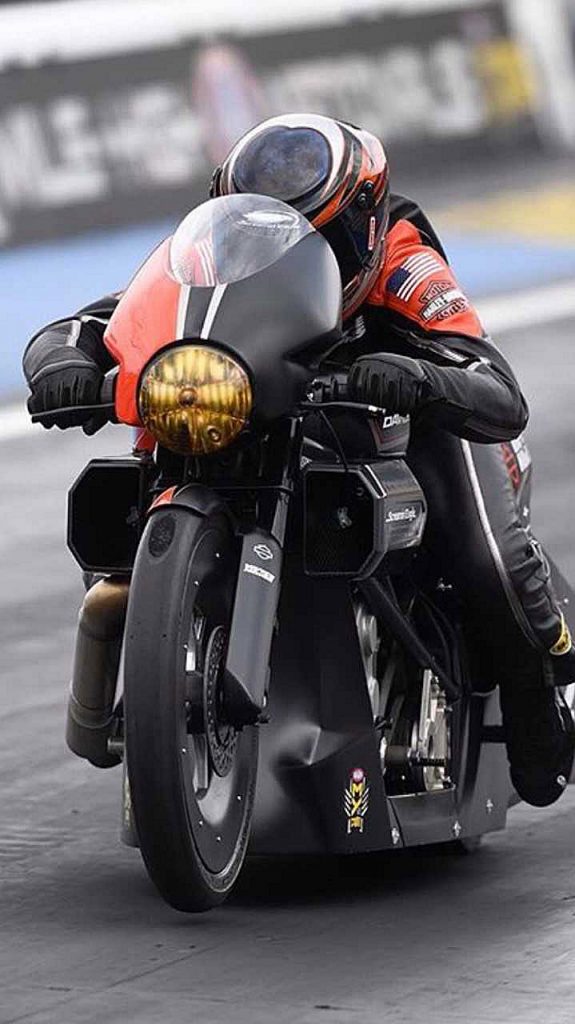 The new Street Rod drag bikes made their debut at the NHRA Summernationals at Englishtown, N.J. in June, and the Harley-Davidson Screamin’ Eagle/Vance & Hines Pro Stock Motorcycle drag racing team has worked through the past three NHRA events to dial in the performance of the bikes.

The team’s competition motorcycles are based on the Harley-Davidson Street Rod production motorcycle, an agile middle-weight powered by the liquid-cooled High Output Revolution X 750 engine tuned for maneuvering through traffic and congestion.

“It means a lot or me to get the first win on the Street Rod,” said Krawiec. “The transition to a new racing motorcycle is a challenge because we have no data history on the bikes. In addition to the three races, we’ve done 25 to 30 runs of testing outside of competition, and today all that work paid off for us. These new Street Rods are a joy to ride down the track.”

The win was the second of the season in three final-round appearances by Krawiec, a three-time Pro Stock Motorcycle world champion, and the 38th win of his career.

Harley-Davidson Screamin’ Eagle/Vance & Hines rider Andrew Hines qualified the team’s other Street Rod drag bike in sixth position with a best ET of 7.193 seconds. Hines won in the first round on Sunday but lost in the second round of eliminations.

After seven of 16 Pro Stock Motorcycle events on the 2017 NHRA Mello Yello Drag Racing Series, Krawiec is in second place with 584 points. Hines is sixth with 403 points.

The Harley-Davidson Screamin’ Eagle/Vance & Hines Pro Stock Motorcycle drag racing team will be back in action July 28-30 at the Toyota NHRA Sonoma Nationals at Sonoma Raceway in Sonoma, Calif.