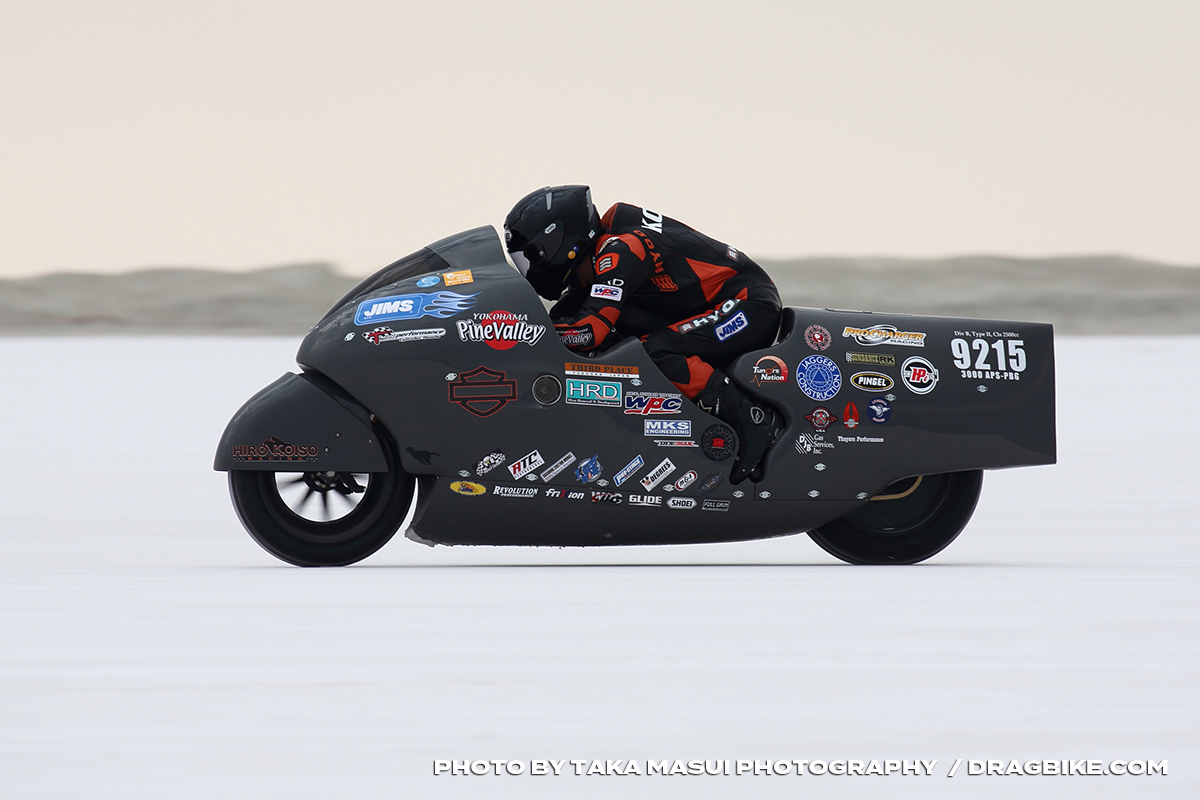 This year, aerodynamic aid was put into place entering the team into the partially streamlined class. A newly designed fairing was fitted and equipped to the bike. 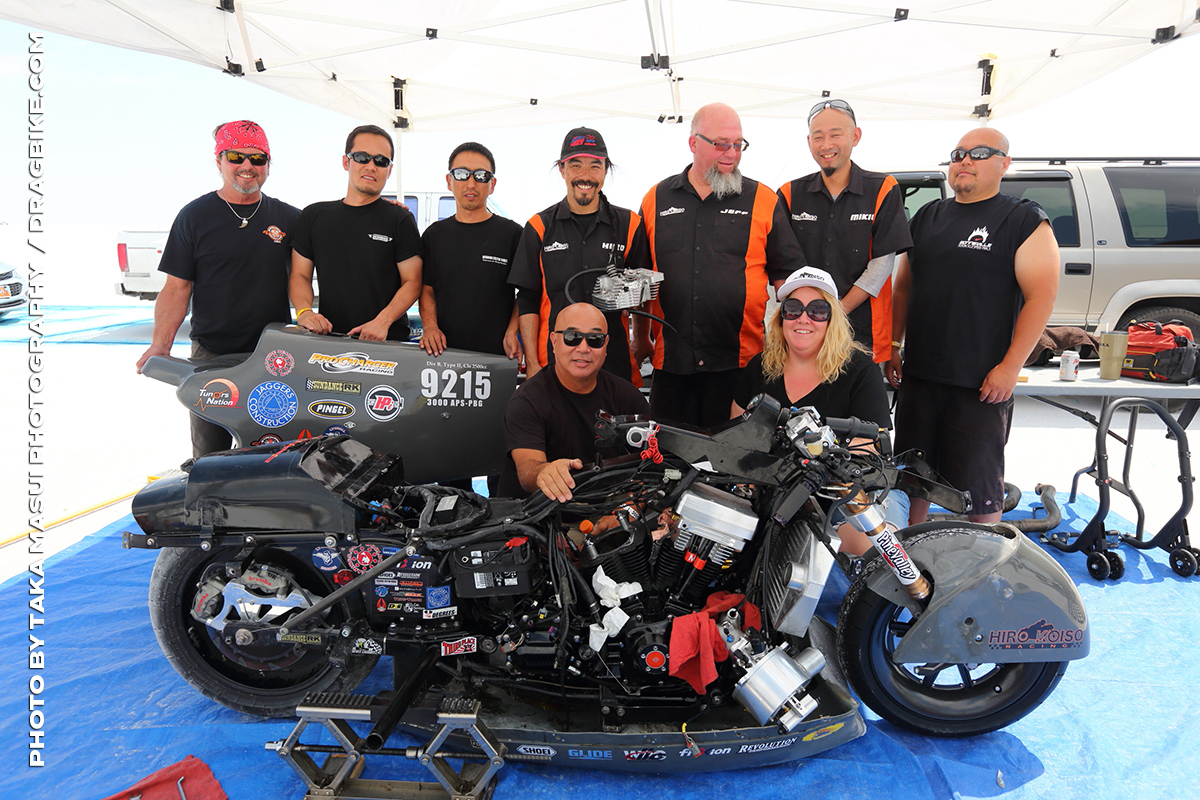 Following the shakedown passes form the first day, on 8/27/2018 Koiso clocked a blistering 259.951 mph on the measured mile. This is the fastest speed recorded in history on a sit-on Harley-Davidson motorcycle. GPS recording shows in excess of over 260mph. However, during the timed mile, the front tire began to fail. Koiso was able to keep the bike upright, but extensive damages to the bike kept him from making a record return run. 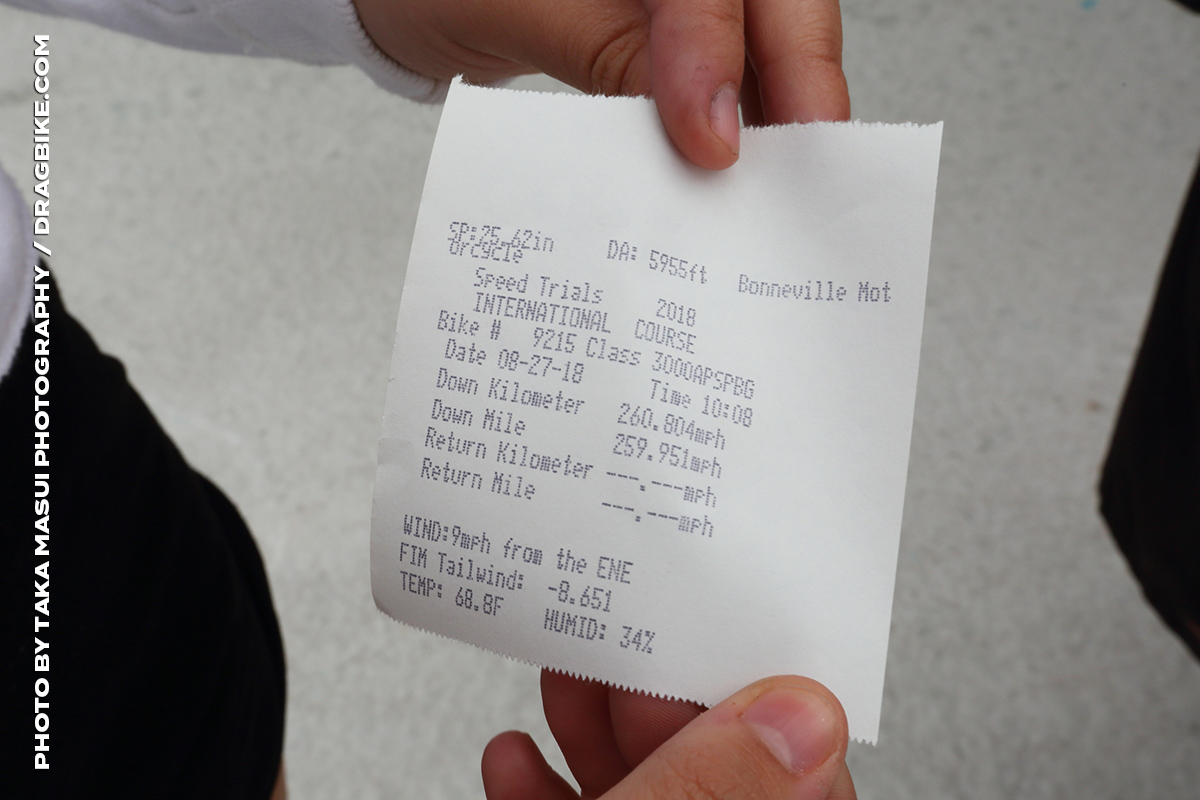 “We could only make a few runs at the BMST this year. But we learned some priceless information from them. By knowing the cause of failure and what our equipment is capable of, we are going to go even faster next year. Our next goal will be a tribute to the H-D factory Streamliner efforts from 1970, which set a record at 265.492mph. All things considered, we believe it is possible to hit the 270mph mark. We just need to work harder for it.” Koiso stated. 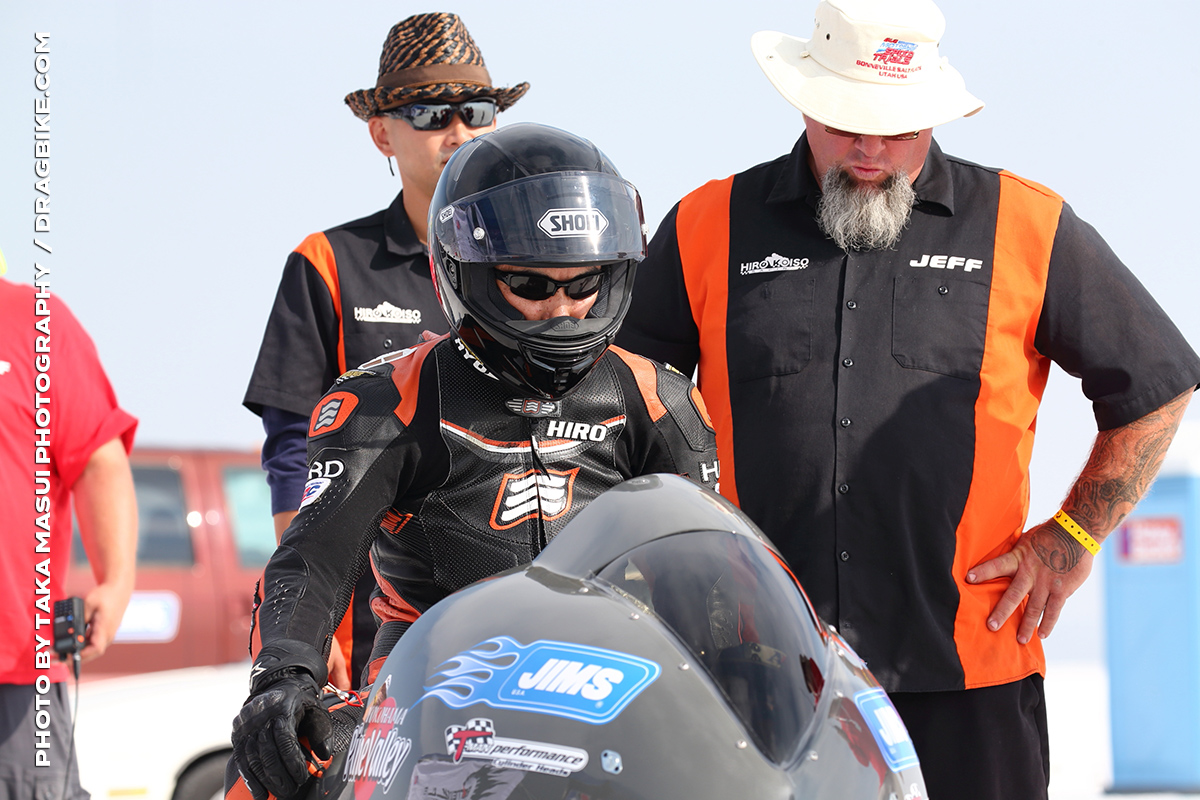 Despite the tire failure the team seized a 223.195mph FIM World record (pending ratification) in Category I, Group A1, Division B, Type II, Class 2500cc. 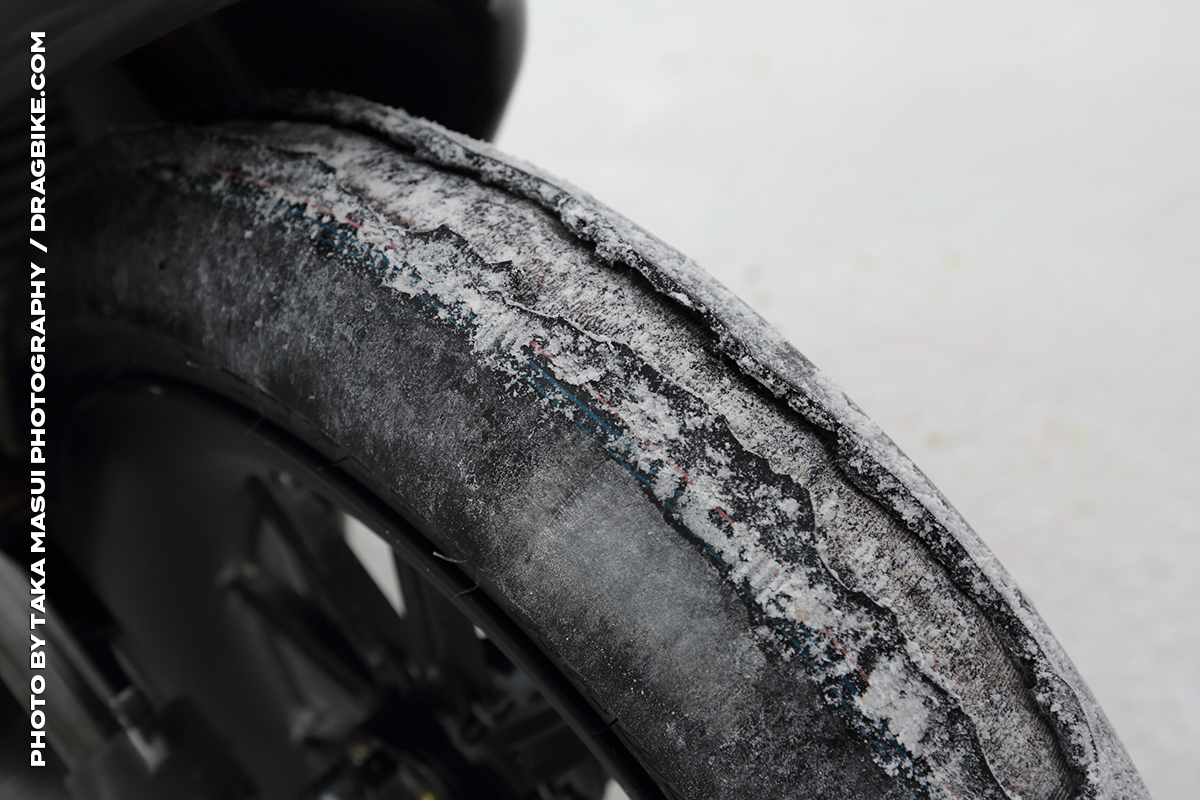