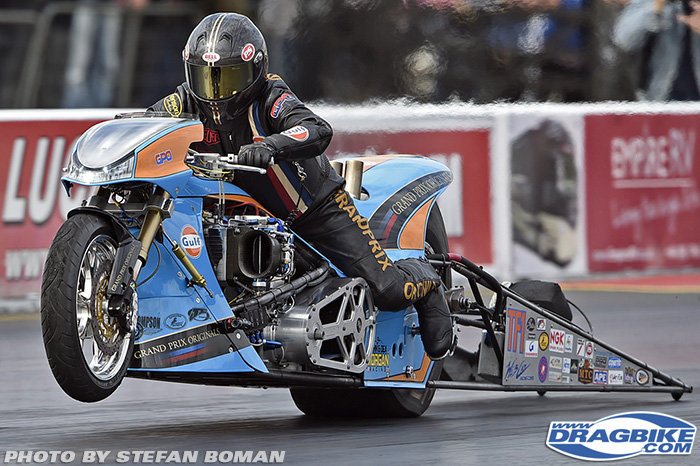 Following the amazing run of success for the Gulf Oil Dragracing – Grand Prix Originals Top Fuel team in the FIM European Championship, hopes were high for continued success at this, their home track of Santa Pod Raceway, UK.

However, a number of untested changes had been made to the multiple championship winning machine over the winter months following the damage incurred when fuel system problems were encountered in the European Finals last year, and the Top Fuel class entry was as strong as it had been for many years.

The team opted to make a soft check out pass at the Pro test the day before competition and carded a fine 6.13 @ 236 mph that boded well for the race. 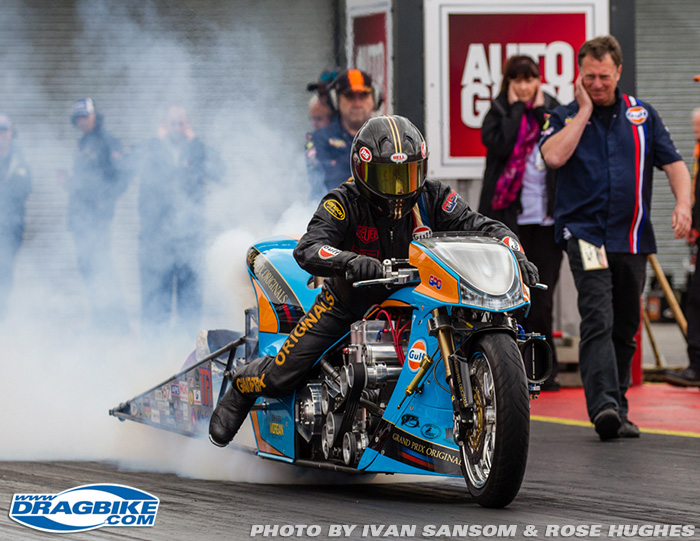 Despite King deep-staging the first qualifier saw him straight into number 1 qualifying position with a fine 6.01secs with a great 237.32 mph, a speed that was above the current record and would `only’ require another run within 1% over the weekend to set a new European top speed (TS) record.

However, the second qualifier was somewhat of a disappointment as it saw the team overpower the track and the rear slick spun up in smoke. 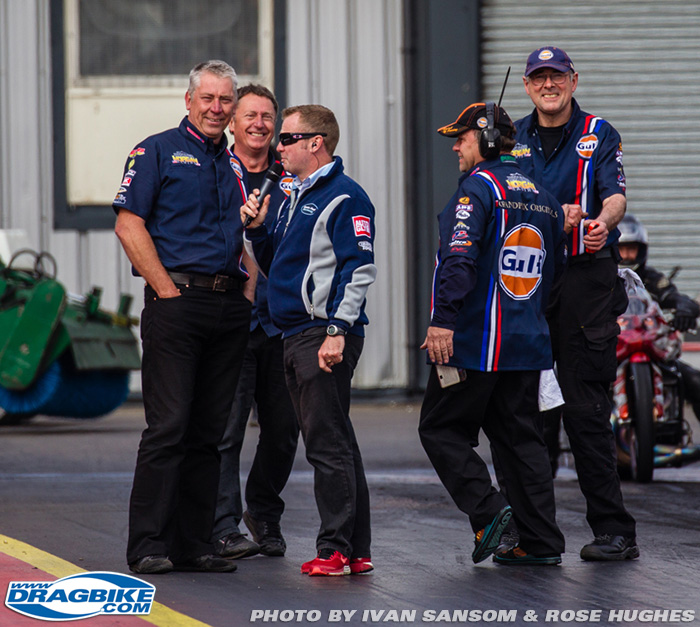 Sunday dawned with the promise of good weather and hopes were high for a new speed record for the team. And the next qualifier was indeed impressive, another new personal best of 5.83 seconds that was the second fastest time posted in the world by any rider this year, exceeding the existing European elapsed time (ET) record. The team were now on course for possibly two new European records! However a dropped cylinder at around the 1000ft mark meant a slower 232.52mph and so the top speed record would have to wait until another run.

Inclement track conditions meant the team would sit out the fourth qualifying session and prepare for the first round of eliminations in earnest. 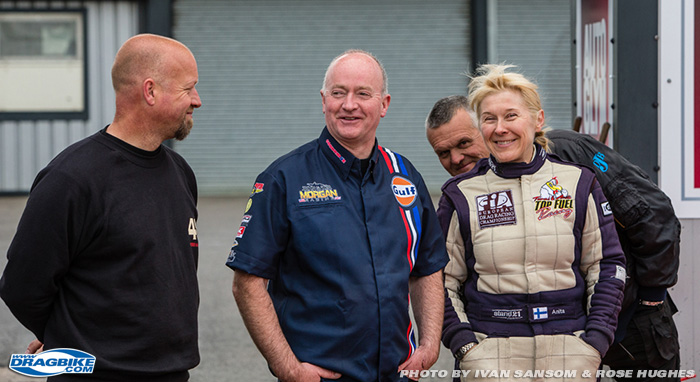 Raceday elimination one of the Top Fuel Class was preceded by a touching startline tribute for the late Top Fuel Bike rider Brian Johnson and his wife Ann in the company of the motorcycle racers and Johnson family members.

With Bob Brooks unable to take his qualifying spot King had a bye run in elimination one. However, the new records would have to wait as the enormous power of his Puma engine machine and a slightly adverse track surface saw massive wheelspin and tyre shake that conspired to rip all of the teeth from his rear sprocket a few hundred feet out from the start. However, with the benefit of the bye run King took the win and proceeded through to the next round. 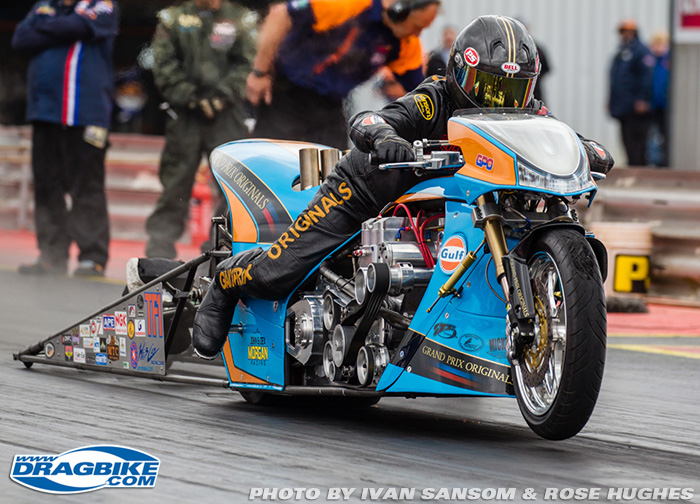 The smart money was on King and with a stunning 60ft time of 0.9901 seconds and another personal best it was looking good until the brutal power of the Gulf Oil machine stripped all the teeth off the rear sprocket once again and King slowed to cross the line behind `Fast Fil’.

So a weekend of so much promise with number one qualifying position, three new personal bests and the team exceeding both existing European time and speed records ended in relative disappointment. But the team remained philosophical with clearly much more to come from the Gulf Oil – Grand Prix Original machine in the future.

The team now travel to the world renowned Goodwood Festival of Speed following another prestigious invitation to `run up the hill’ by the Earl of March at his country estate in Sussex, UK.