The Harley-Davidson® Screamin’ Eagle®/Vance & Hines team remains undefeated on the 2016 NHRA Mello Yello Drag Racing Series as rider Ed Krawiec won the Pro Stock Motorcycle final at the Summit Racing Equipment NHRA Southern Nationals in Atlanta. Krawiec rode a Harley-Davidson® V-Rod® motorcycle to his second win of the season and the team’s third in a row for the season.

“The weather cooled down and we had great V-Rod conditions on Sunday,” said Krawiec, who has now won 33 times in final-round appearances. “We had a good tune-up since Saturday, so we were focused on making chassis adjustments to keep the bike running as straight as possible down the track. This class is so tight right now making a clean run is essential to winning.” 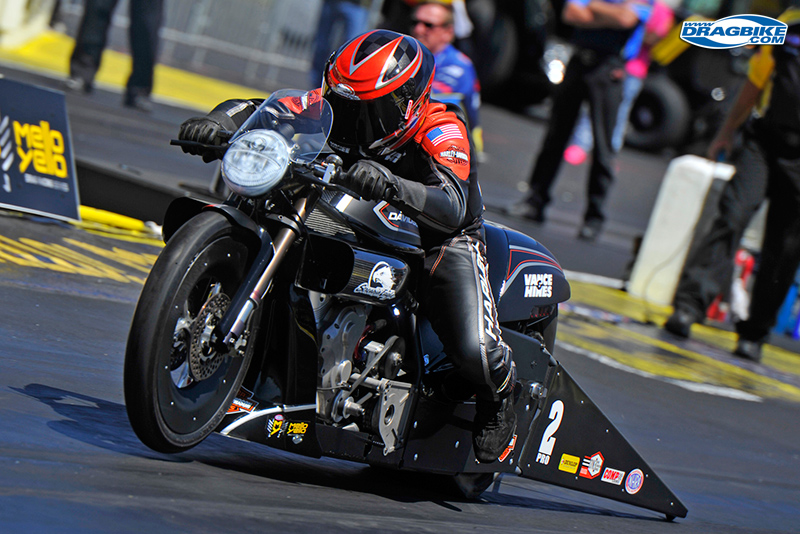 Krawiec was the number-two qualifier for the Atlanta race with a best elapsed time of 6.880 seconds on Saturday. Krawiec had his best run of the weekend in the final, a 6.824-second blast that out-paced the 6.851 effort of runner-up Jerry Savoie.

Krawiec and Hines race on competition motorcycles inspired by the unrelenting performance and sleek street style of the Harley-Davidson Night Rod Special, a motorcycle powered by a liquid-cooled 60° V-twin engine ready to breathe a little fire onto the street and available now at authorized Harley-Davidson dealerships.