Suzuki Motor Corporation has announced a new TRUE factory team effort to compete in the NHRA Pro Stock Motorcycle class. The Monster Race Products owner and 4 valve cylinder head manufacturer has been named as Team Principal and will lead the effort in the USA.  Brown has recently acquired a 40,000 sq ft building in Kansas that will house the new team and Monster Race Products manufacturing operation.

“Thirosushi “Tony” Suzuki’s Representatives had reached out to me last July and requested a private meeting in Shizuoka, Japan. I flew over the next week and spent 5 days touring the factories and discussing the possibility of a new factory-backed effort in the US. Everyone at Suzuki Japan was impressed with what we had accomplished with the Monster 4 valve head and knew the exciting possibilities with factory backing. It’s been incredibly tough keeping up with the existing demand at Monster and working on all this behind the scenes and keeping it secret. The amount of legal with this deal was unbelievable to me and thankfully we were able to hire long-time drag bike racer Ken Schwartz to handle all legal matters for the US team.”

All aspects of the new motorcycle will be built in-house with the help of Suzuki Japan’s engineers including the new billet engine case with one-piece crank already under construction at Monster Race Products in Kansas.

The new team will develop the existing  4V engine package and the new future PSM engine package.  Finnish Top Fuel Motorcycle engine designer and racer Jaska Salakari has also been contracted for development and manufacturing consulting for the new team and will be visiting the new race team headquarters this week in Kansas. 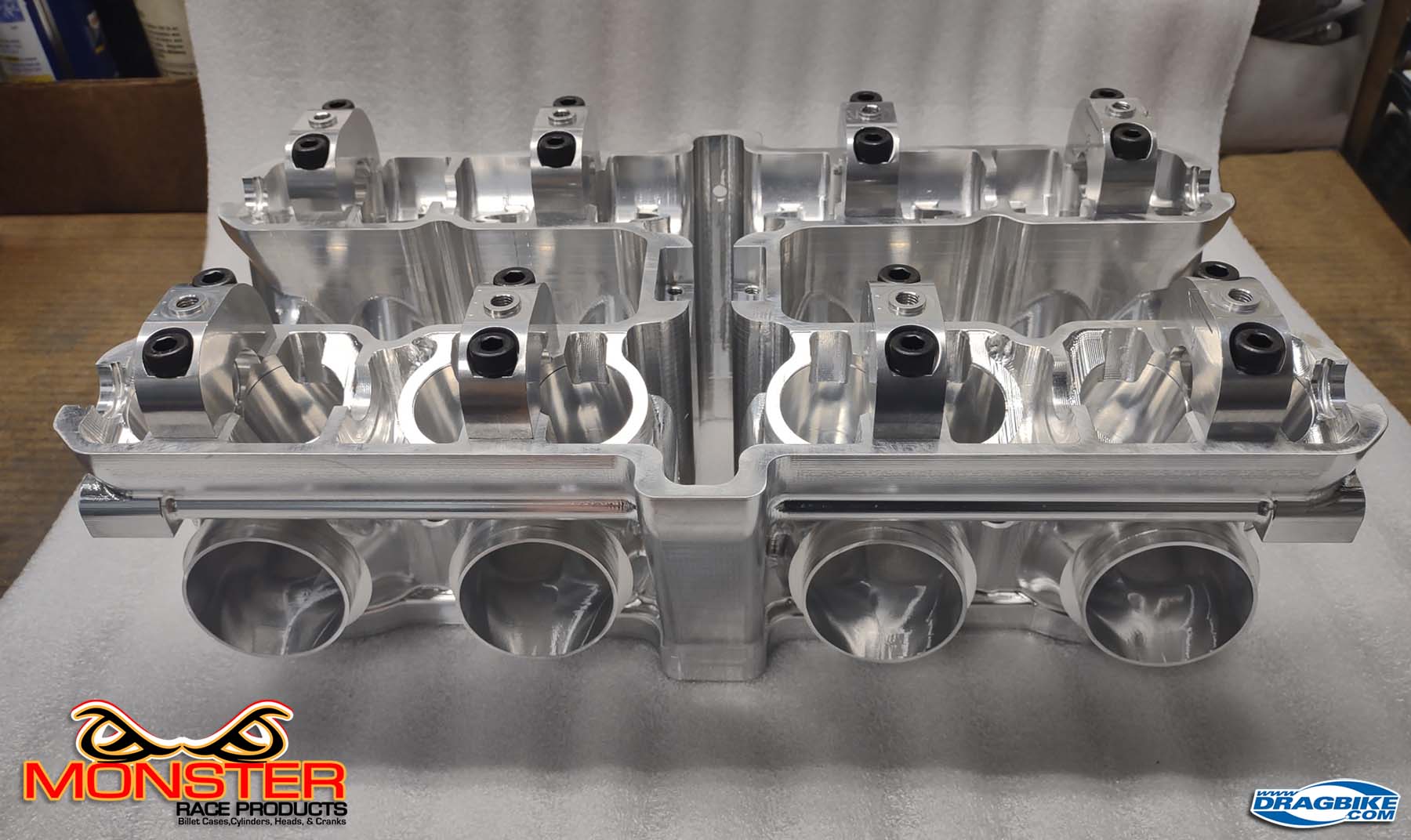 Although several key members of the new team have already been secured the two bike teams riders have been signed to three-year contracts and will be testing mid-July on the new machines.

Ryan Oehler and Elmeri Salakari have been selected as the new Factory team riders.

Oehler who has competed in the class the last several years jumped at the chance to join the team. “It has always been a dream of mine to race on a top-notch Factory team and I just can’t believe I was chosen to pilot one of the new Suzuki/Monster 4V machines. I just returned from the new facility in Kansas and it is Awesome, the list of people Mitch has secured is a true Dream Team. I’m so excited about finally having enough cylinders to be at the top of the field in NHRA Pro Stock Motorcycle.” 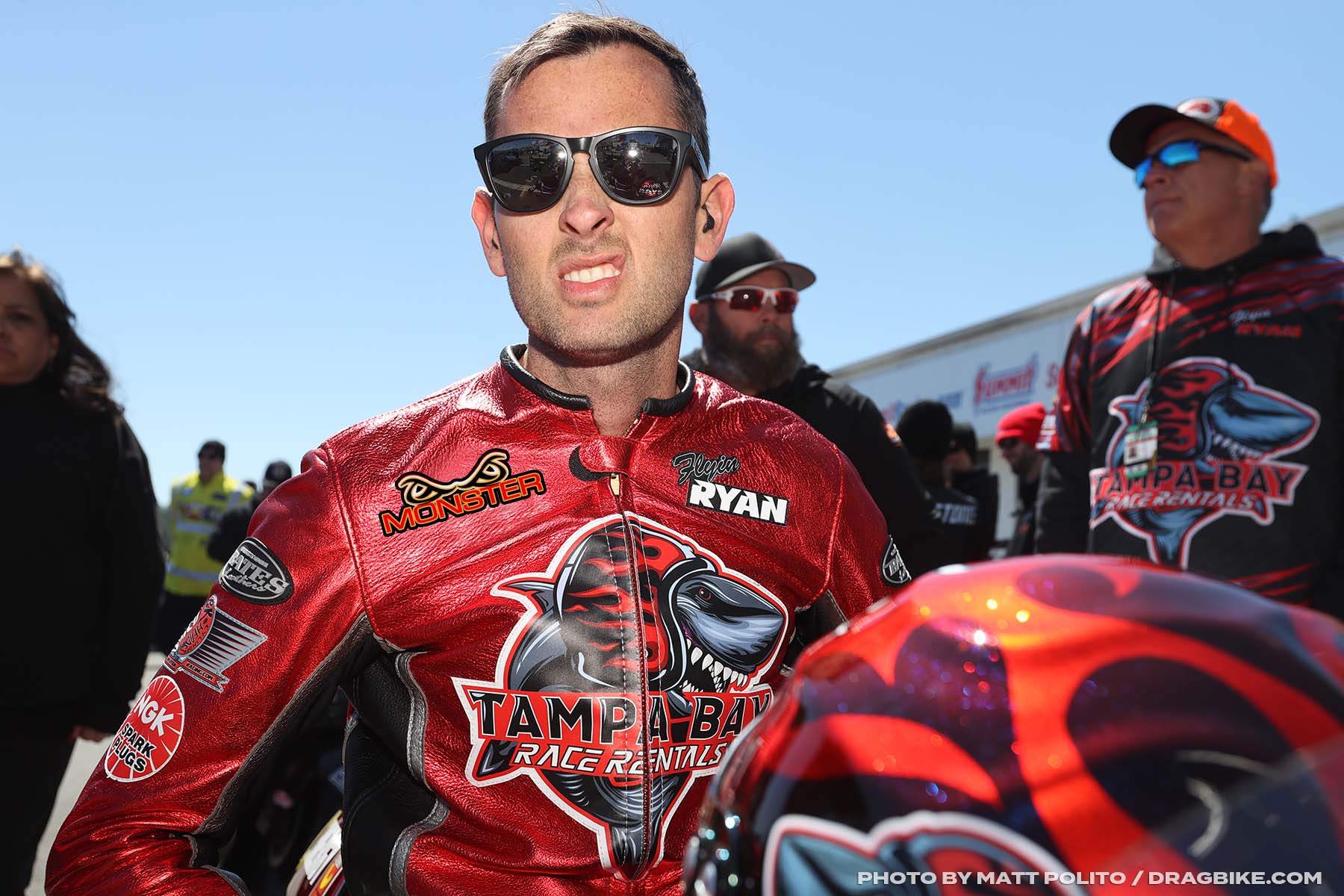 Salakari, son of aforementioned Jaska Salakari from Helsinki, Finland will join the team in January 2023 upon his release from the Finnish army and will work with ex Pro Stock Motorcycle crew Chief Jackie Bryce who has been named the team’s racer development coach. 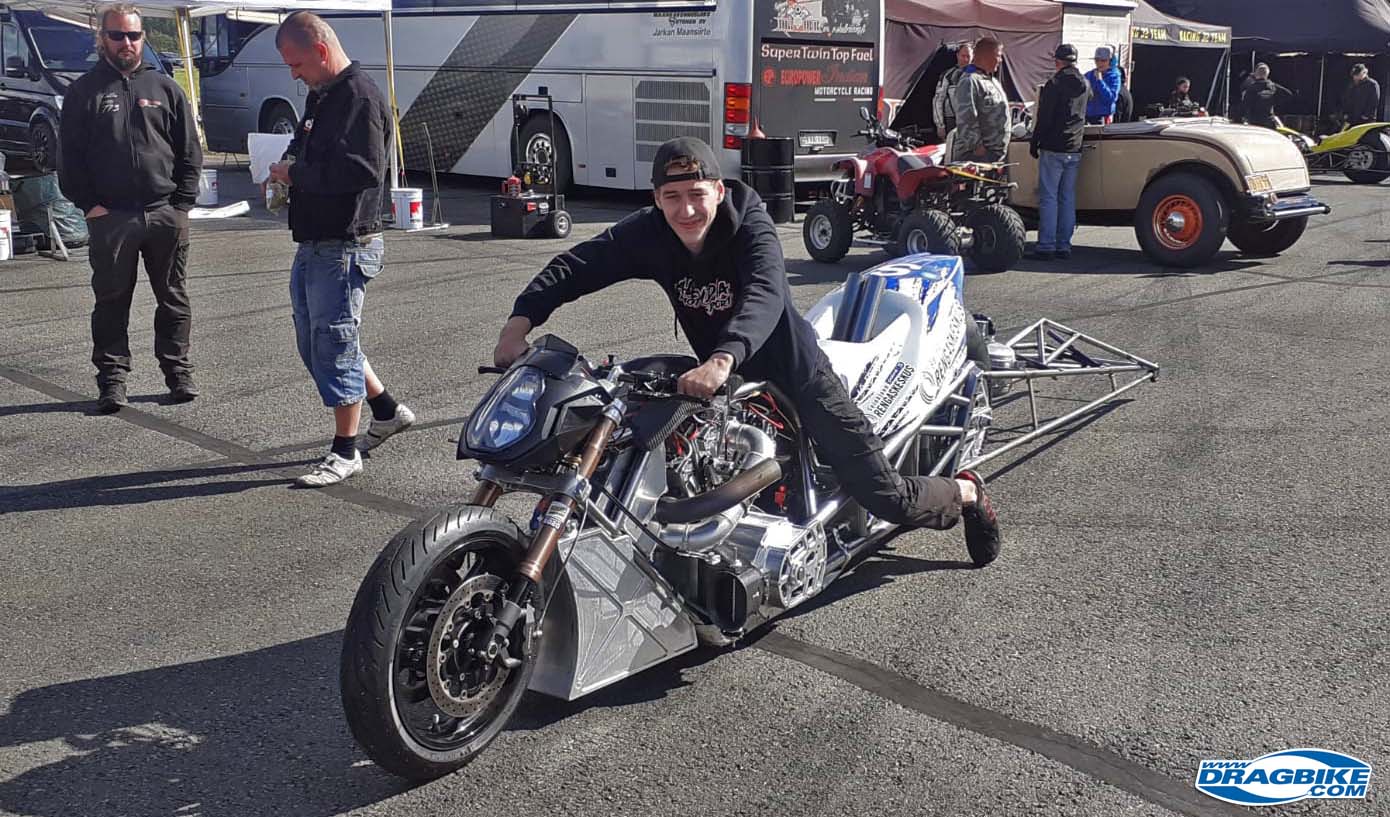 Bryce will also be working with GEN 3 dragbike racer Trevor Schnitz starting in the summer on 2023 who will ultimately replace the aging Oehler at the end of 2025 season. 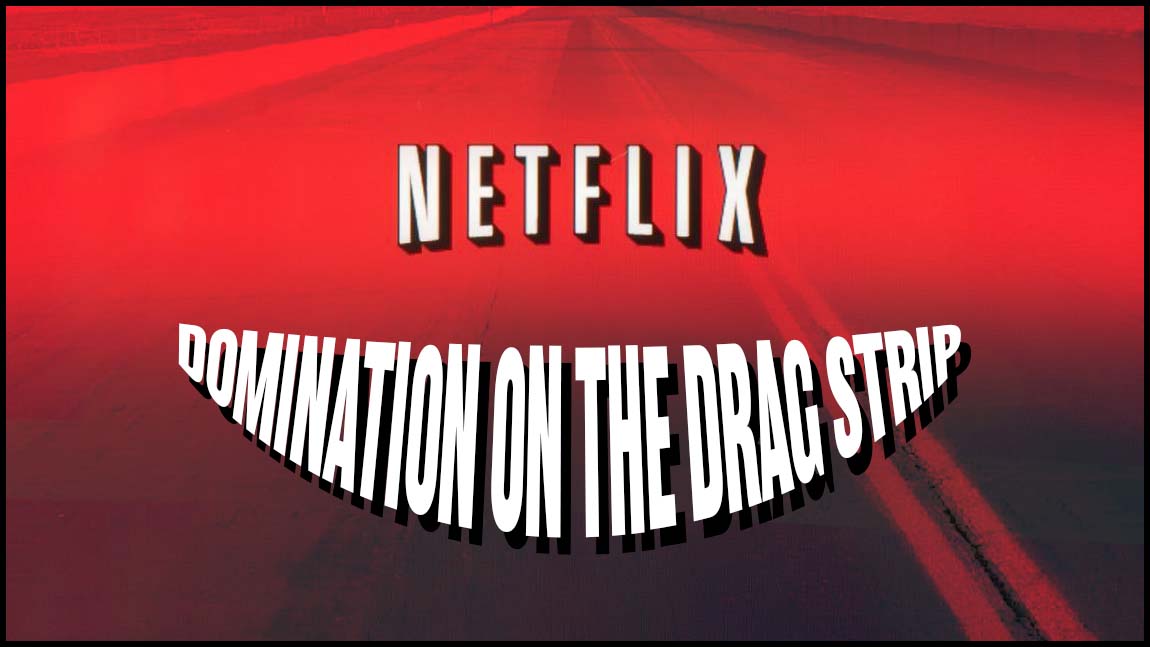 V-Twin powerhouse Mike Beland will go back to his roots of racing Suzuki’s and bring his vast experience to the Team as Production Manager for the new Net Flix series “Domination on the Drag Strip”.

Beland is a last-minute replacement for European Suzuki Top Fuel legend Ian King after an unfortunate international incident at an Applebee’s near the new team headquarters. 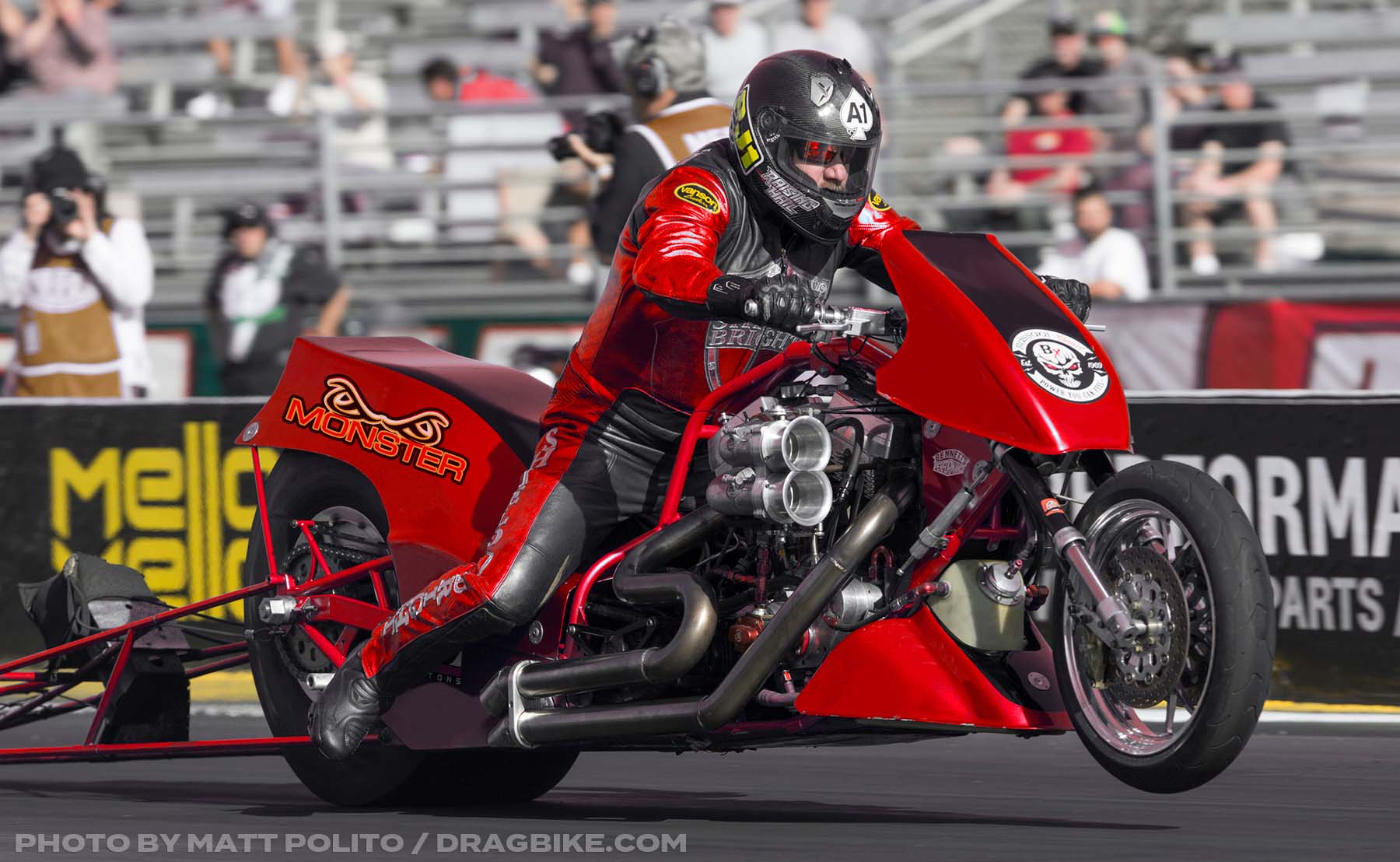 The team will transition to a hybrid gas/electric power plant in 2024 utilizing the ‘Sho-Sho-Kei-Tan-Bi” which translates to “Smaller, Fewer, Lighter, Shorter, and Neater” The bike and rider combination is estimated to come in at 450 pounds and is in the final stages of approval at NHRA.

Look for updates on the team’s progress on our new Social media outlets by searching  GTFOHYGTBKM Racing Team, starting today 4-1-2022, or reach out directly to Mitch Brown at Monster Racing Products on Facebook at www.facebook.com/MonsterRaceProducts

And if you have read this far, then you know this is one of the 2022 April Fools articles!