International Hot Rod Association (IHRA) racers, sponsors, family and friends gathered Sunday evening to celebrate the 2015 Nitro Jam Drag Racing Series season. Champions took to the stage to accept their trophies and reflect on their year. In addition, the IHRA announced the Crew Chief of the Year and the Pro Driver of the Year awards. 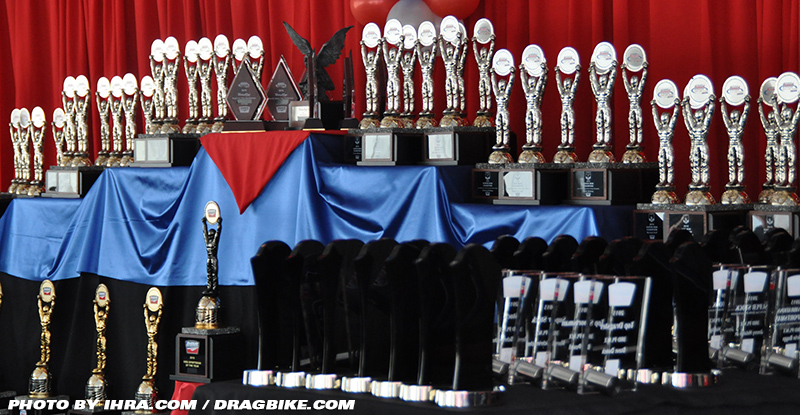 The long trek to the Summit Racing Equipment World Finals featuring Nitro Jam started out in Tucson, Ariz. back in February. Teams then traveled to 11 events across the United States and Canada enduring weather along the way in hopes of becoming the next IHRA World Champion. In the end, five champions were crowned in AMSOIL Nitro Funny Car presented by Aeromotive, Crower Pro Mod, Pro Stock, Nitro Harley and Jet Dragster. 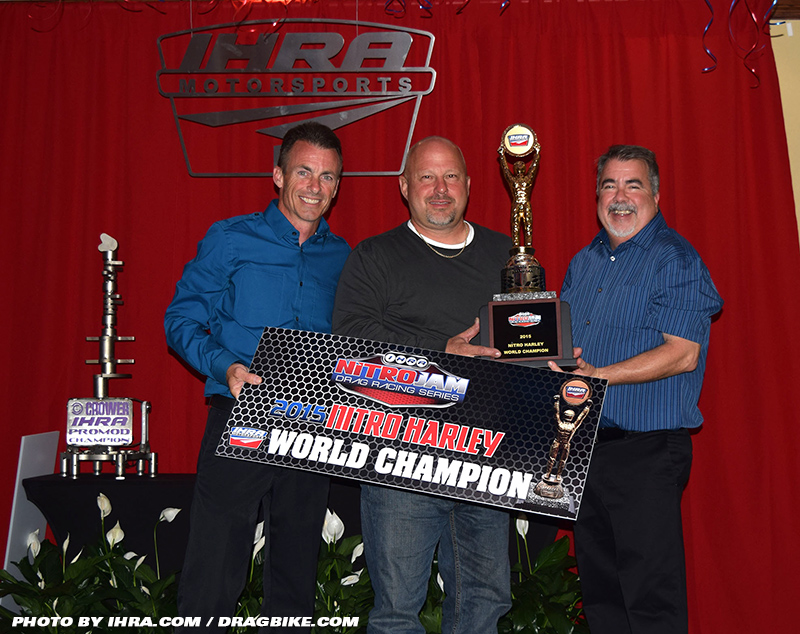 Jay Turner returned to the podium this season as he added IHRA Nitro Harley World Championship trophy number four to his collection. The veteran driver went up against Tracy Kile in the final race of the season. Turner dominated the weekend as he was the number one qualifier, won the race and broke the ET world record. Randal Andras, Jim Fagan and Rickey House finished in the point standings top-five.