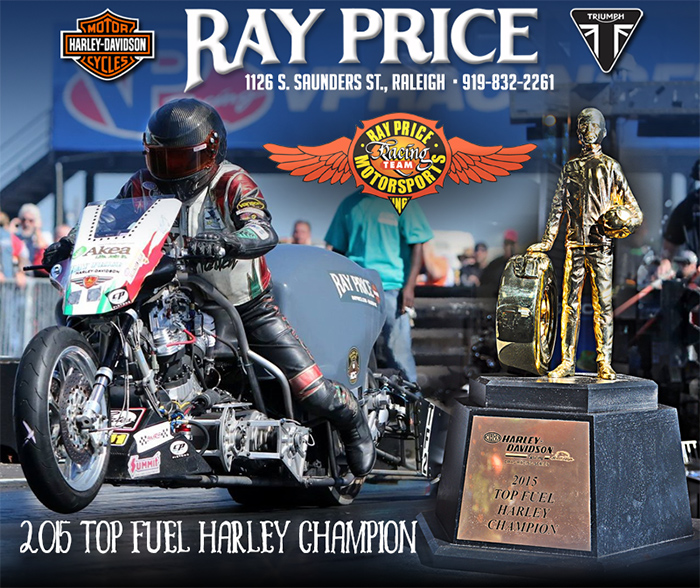 The 2015 race season was not without drama and excitement for the Ray Price Race Team. The team spent the winter months working long and hard on designs, plans and motor and chassis improvements. Housed at the Ray Price Harley-Davidson dealership in Raleigh, NC, the Ray Price Race Shop is buzzing year round with technical activities that go in to producing a championship winning team.

After an off-season that resulted in some very good test runs for the unbridled beast, the Ray Price drag bike made the long trip to Pomona, CA for the first race of the season. Expectations were high going into the race weekend. It looked like all the hard work had paid off as they qualified number one for the race. Unfortunately, the start to the season would end in disappointment as the team red-lit and went out in the first round. The long ride home resulted in a lot of soul searching for the disappointed team. 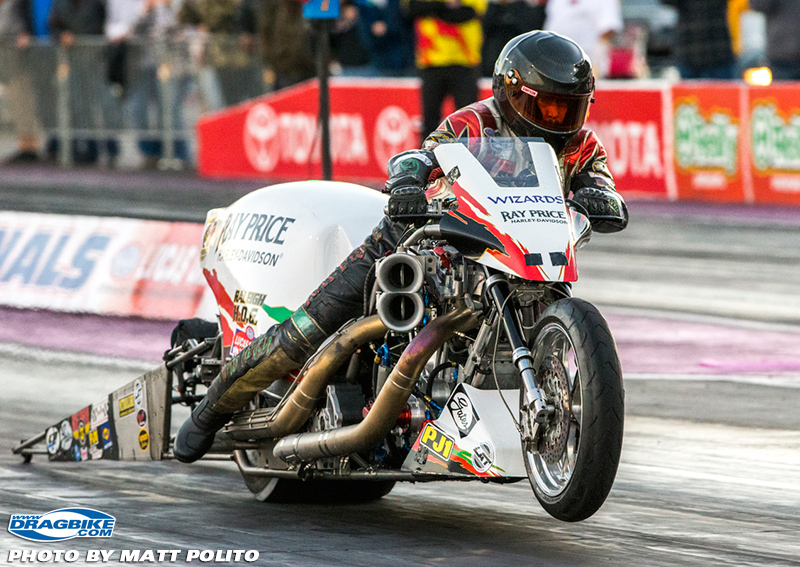 The next race in Belle Rose, LA resulted in another number one qualifier and their first win of the season. The next two races resulted in two more number one qualifying runs but both races were lost in the semi-finals. The bike was fast but they needed more than speed to win the championship.

The following four races not only produced all number one qualifiers but four solid wins as well. The last of those four races locked up the points battle for the NHRA Top Fuel Championship at Bristol, TN.

The rest of the season would appear to be all downhill but it wasn’t without its challenges. After qualifying number one at Sonoma, CA, the rest of that pass brought disaster to the team. As Tommy Grimes posted a 6.48 seconds at 224 mph, a fellow rider drifted over into Tommy’s lane and ran up the back of his bike, on the wheelie bar and into Tommy. The other rider ended up separating from his bike while Tommy managed to control the bike and bring it to a stop. The bike was too damaged to continue that race and the team headed back across the country to home base in NC. 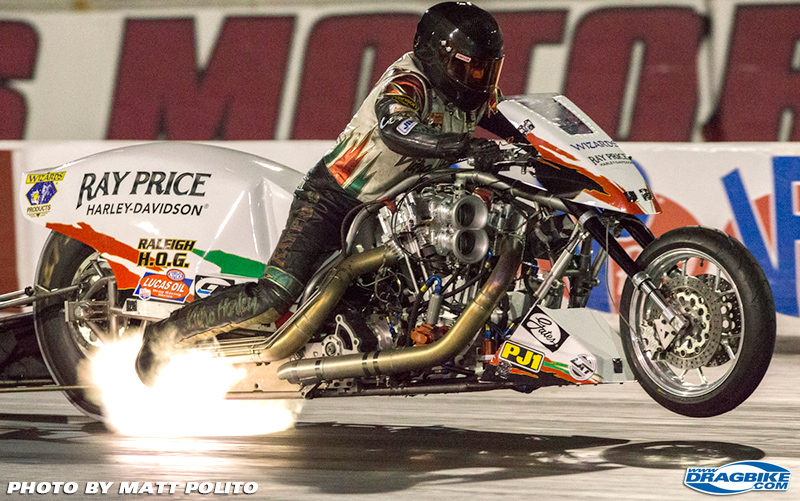 In October, an exciting match up in a non-points race took place at Rockingham, NC, the home track of the Ray Price team. The current IHRA champion, Jay Turner, was squaring off against the NHRA champion, Tommy Grimes of the Ray Price Race Team. The story couldn’t have been written any better. Along with qualifying number one for the weekend and setting a track record of 6.157 seconds, the two champions went to the line in the final round and Tommy came away the winner beating Turner by .028 of a second. 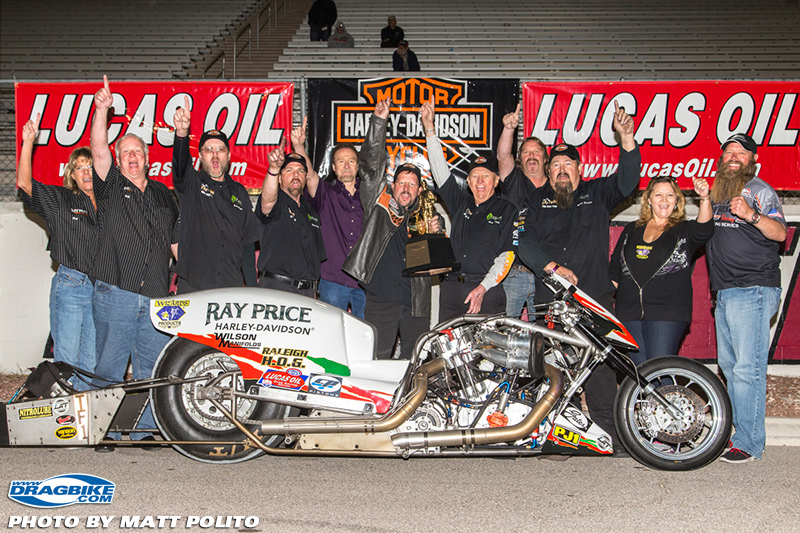 Despite the slow start, 2015 turned out to have a lot of highlights for the Ray Price Race Team including 10 number one qualifying runs (all but one race), six wins and an ET record at Ray’s home track. Be sure to check out all the news and the 2016 schedule at Raypriceracing.com 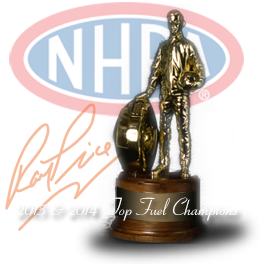