HomeTeam ReportsRookie Mike Beland Got Around in 2015

Rookie Mike Beland Got Around in 2015 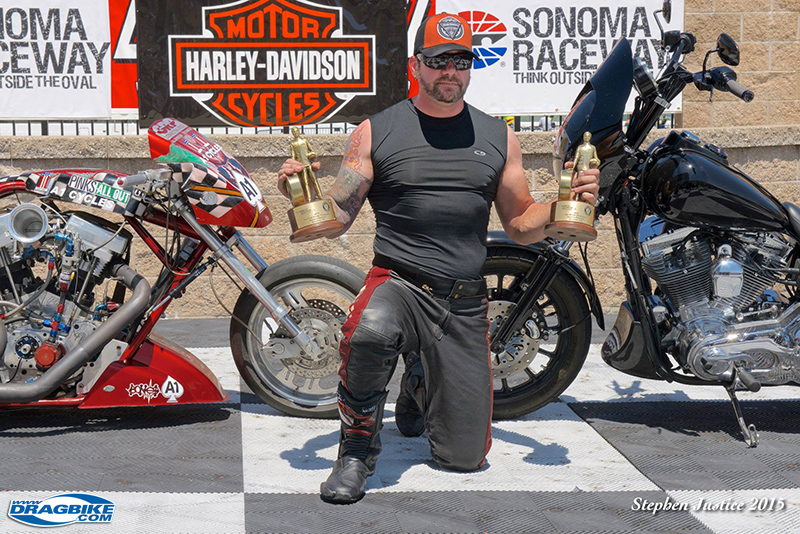 Rookie Mike Beland Got Around in 2015

2015 was my Rookie season of Top Fuel Racing, and I have so many people to thank! I have to first thank Jay Turner (Palm Beach Raceway) and Tony Ruggerio (Sonoma Raceway) for signing off on my IHRA and NHRA license passes last November. After achieving my licenses last November the chase of following my dream of being competitive on a Top Fuel Harley-Davidson was on! 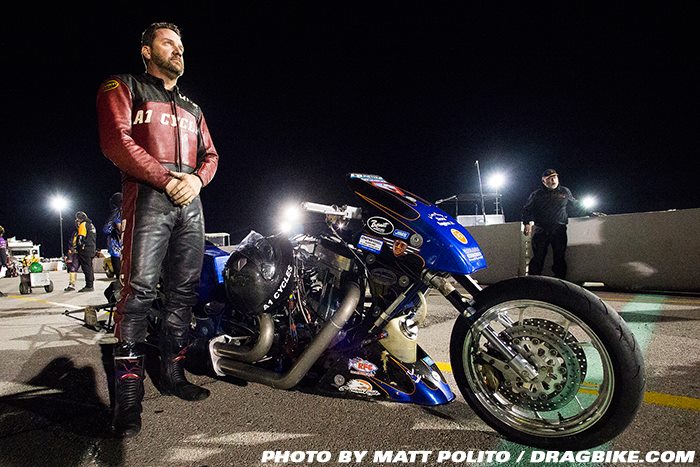 I raced on both coasts all summer and couldn’t have had better coaching from the veterans of the sport who took me under their wing and really explained a lot of areas that were unknown to me. I hit the following tracks this year; Palm Beach Raceway, Sonoma twice (took a NHRA Divisional win there) Fontana, Woodburn Oregon, Rockingham Dragway, and South Georgia Motorsports Park for the season ending Man Cup Finals where I went to a Semi-Final finish. I rode four different bikes for three different owners at five different tracks for a total of 35 passes down the track…..what a ride! 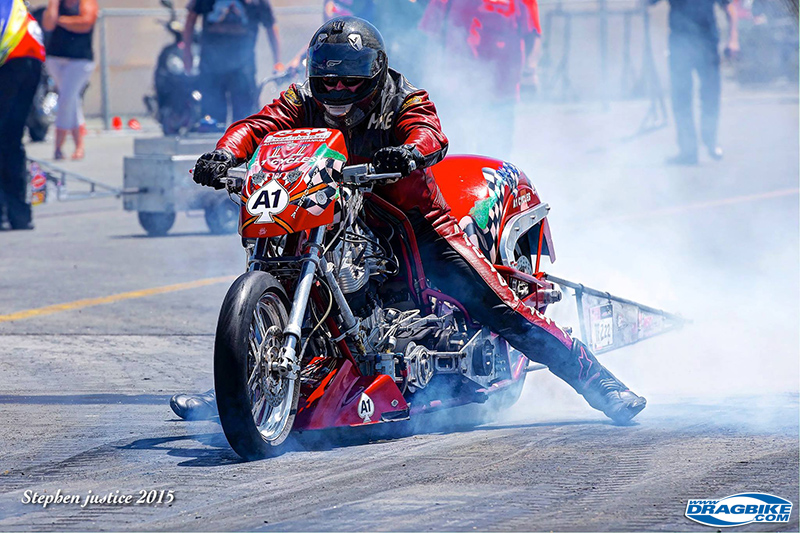 This year was really about getting seat time and I can’t thank Tony Ruggerio, Jay Turner and Donald Johnson enough for trusting me with their bikes and allowing a new guy to get seat time.

My plans for the 2016 season are up in the air but I’m actively pursuing sponsors to make a run at the championship. But stay tuned for next year! 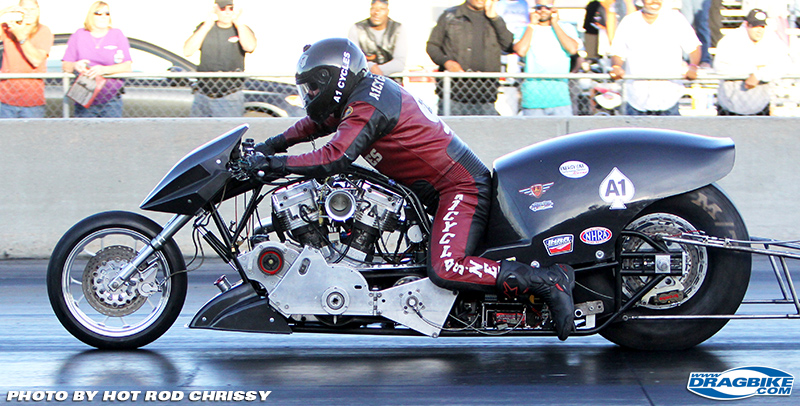