Headed to a track that has brought Angelle Sampey so much success might be just the thing to get some positive momentum on her side. Sampey, a three-time Pro Stock Motorcycle world champion, is a four-time winner at Atlanta Dragway, the site of this weekend’s 37th annual Lucas Oil NHRA Southern Nationals, and that’s good news for a rider who hasn’t had much fortune to start the 2017 NHRA Mello Yello Drag Racing Series season. 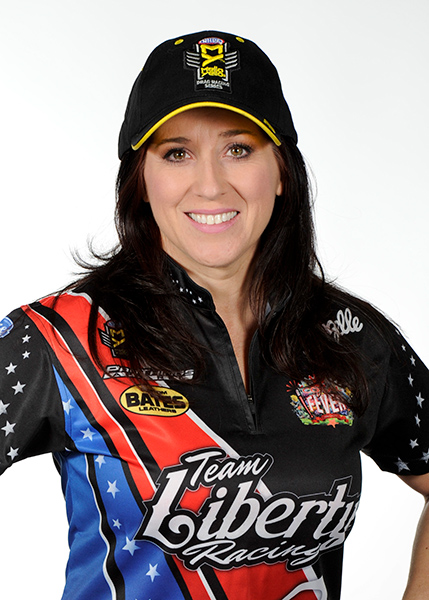 A litany of difficulties has struck Sampey’s Precision Services Equipment Victory during qualifying, and she only squeaked into the field on her final attempt last weekend in Charlotte. Hopeful that those issues are now gone for the time being, Sampey is eager to enjoy some success again in Atlanta and for the first time this season.

“If we get qualified in the first round of qualifying in Atlanta, it’s going to look like I won the race,” said Sampey, whose 42 career wins are the most in NHRA history for a female competitor. “This is the track where it all started for me, and the first track I ever raced for my training. I’ve made a lot of runs on the track, it’s the local track for our team and it’s the closest race to home for me.”

Doug Kalitta (Top Fuel), Matt Hagan (Funny Car) Jason Line (Pro Stock) and Eddie Krawiec (Pro Stock Motorcycle) were last year’s winners of the event that will be televised on FOX Sports 1, including finals coverage starting at 6:00 p.m. (ET) on Sunday, May 7. It is the third of 16 races during the Pro Stock Motorcycle season and Sampey, currently 10th in points, hopes it provides a spark for her and teammate Cory Reed.

Reed, named NHRA’s top rookie in 2016, started the new two-bike team for 2017, with Sampey taking on the role of rider and team manager. Sampey’s round win last weekend in Charlotte is the only one either has this season, but Sampey knows they have the potential to be great.

“We have the power, we just haven’t been getting the runs down the track because some of the things that are happening,” Sampey said. “When things start working, we’re going to be an unbelievable team. Cory’s going to be great. There’s nothing you can to do upset him, his reaction times are great and he doesn’t beat himself. Even with some of the struggles, the team’s morale is unbelievably awesome. You couldn’t ask for a better scenario. We have a good thing going.” 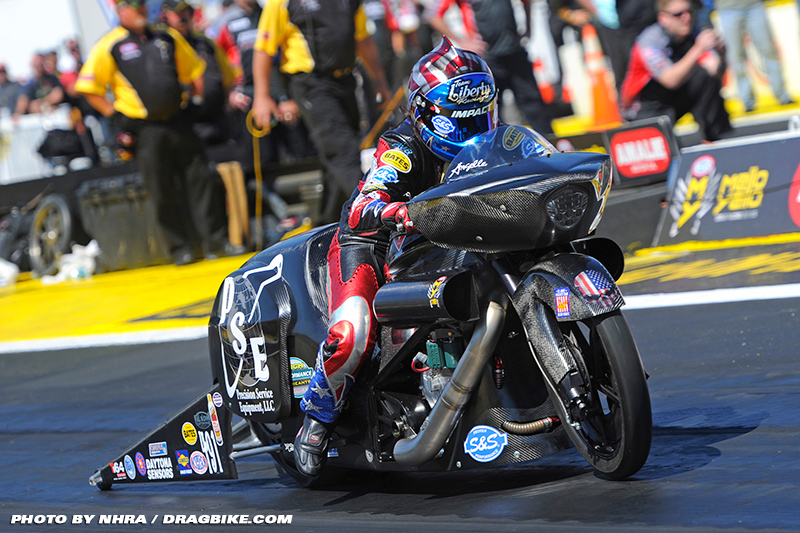 Getting the season jumpstarted in a talent-rich class will be difficult this weekend, as Sampey will face off with the likes of defending world champion Jerry Savoie, Gainesville winner Eddie Krawiec, Andrew Hines and Charlotte winner L.E. Tonglet. But Sampey remains eager to perform on the bike and is locked in on success this season, even with the added duties of being the team manager for Reed’s growing team.

“It’s a lot of work and it’s a lot on my plate but this team is so awesome and easy to work with,” Sampey said. “They’ve put a lot of responsibility on me and it makes me real proud. It’s humbling and exciting at the same time, and I’m really enjoying it. It’s amazing how smoothly everyone has worked together. But I still have every bit of passion to race and I don’t want to stop.”