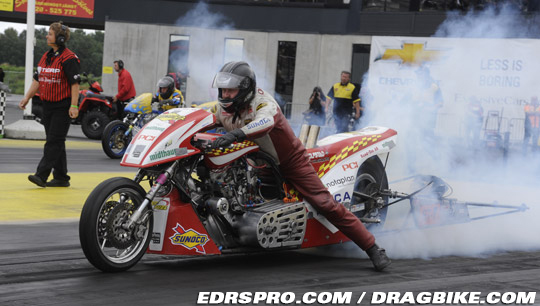 “We are proud to present the Norwegian National Drag Bike Team 2015!”, Lin Granlund starts her presentation. “The riders have been qualified by their results in the FIM and Nordic Championship last year. Six riders have been in the top of their classes, and they are now riders in the Norwegian National Drag Bike Team 2015. In Top Fuel Bike Jan Sturla Hegre, in Super Twin Svein Olav Rolfstad, Hans Olav Olstad, Trond Jostein Høiberget and Ronny Aasen. New to the team is Super Street Bike rider Dag Wagenius. Our riders will compete in the EDRS Pro Nordic Motorcycle Championship, National Championship and FIM European Championship. They are looking forward to compete at the tracks in Sweden, Finland, the United Kingdom, Germany and of course Norway, in classes that are among the most popular of the sport.  We also hope some of the riders will go to the States this season!” 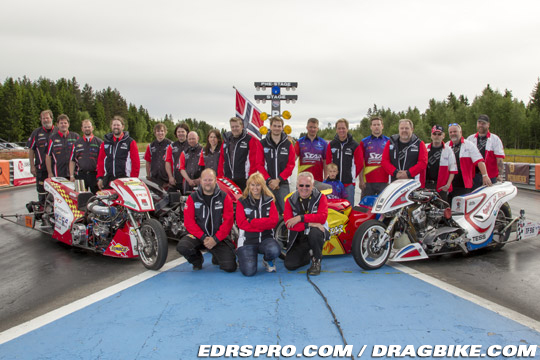 There were two main reason to start a national drag bike team in 2013. To attract more attention to the sport of drag racing and, in co-operation with the Norwegian Motorsport Federation, to help Norwegian drag racers with sponsorship, marketing and all other things they have to deal with when running their own team. “By making this a national team, we want to attract more attention to our fantastic sport and to show companies the potential of the sport, which hopefully will generate new sponsors. Our riders compete in front of big crowds and are good ambassadors for Norway and Norwegian sports. Companies and commercial partners can have their names on bikes and team buses and we can offer great days at Gardermoen Raceway for our sponsors. We hope more counties will focus on national teams. We are more than ready for a real competition at team level”, Lin Granlund says. The Norwegian National Drag Bike Team will be led by Kåre Ravnsborg, joined by Lin Granlund and Egil Johnsrud. 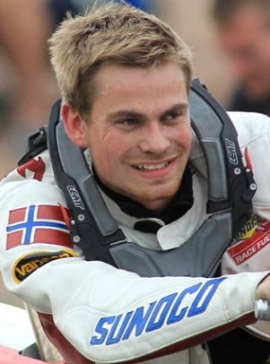 Jan Sturla Hegre (born 1987) started his career in 2003 and was Norway’s first junior drag bike rider. In 2015 Jan Sturla will drive the Top Fuel Bike owned and built by Uggerud Bros. This bike is built over the last six years and one of a kind in Europe. In addition he will ride his own Super Twin Bike in selected races. Jan Sturla is Europe’s youngest rider in Super Twin and Top Fuel. In 2015 he will compete in the EDRS  Pro Nordic Motorcycle Championship and maybe also FIM Championship and in the USA. His goals for 2015: brake the 400 km/h barrier in Top Fuel Bike and win the Norwegian Championship and EDRS Pro Nordic Championship. 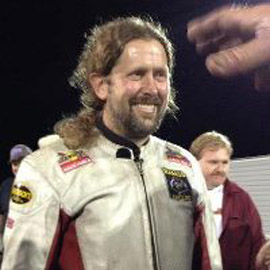 Svein Olav Rolfstad started his career in 1993 and is in the UEM/FIM series since 2000. With 6.409  sec. Svein Olav is the European ET record holder. In 2015 Svein Olav will compete in the EDRS  Pro Nordic Motorcycle Championship and the Norwegian Championship. If things go as planned, the team will go back (they were there already twice) to the USA. This will be the second season with their own designed and home-built engine. 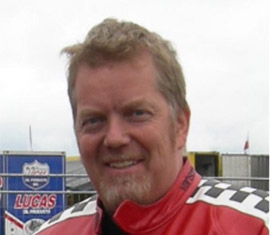 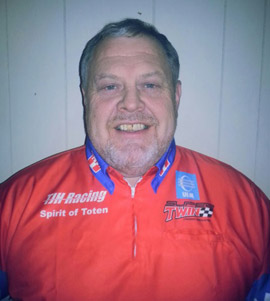 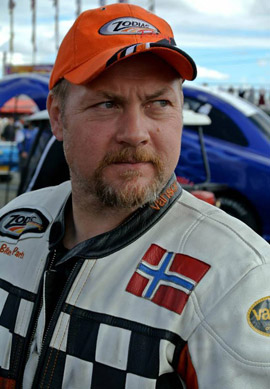 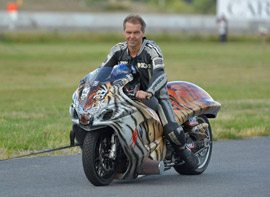