It is with great pleasure, that we, at TLN Motorsports announce a partnership with Fred Vance and Vance & Forstall Racing for the 2016 Land Speed Racing season. Fred Vance and Larry Forstall are among the who’s who of Land Speed Racing. Their accomplishments are many and well known. In the Land Speed community, these two are legendary. We, at TLN Motorsports, have followed their accomplishments for many years. They are also known for the way they do things. The description “Class Act” fits them perfectly. To be associated with the name Vance & Forstall is a dream come true for us at TLN Motorsports. It is the opportunity that we needed to ensure our chance to get to record #311 in 2016. 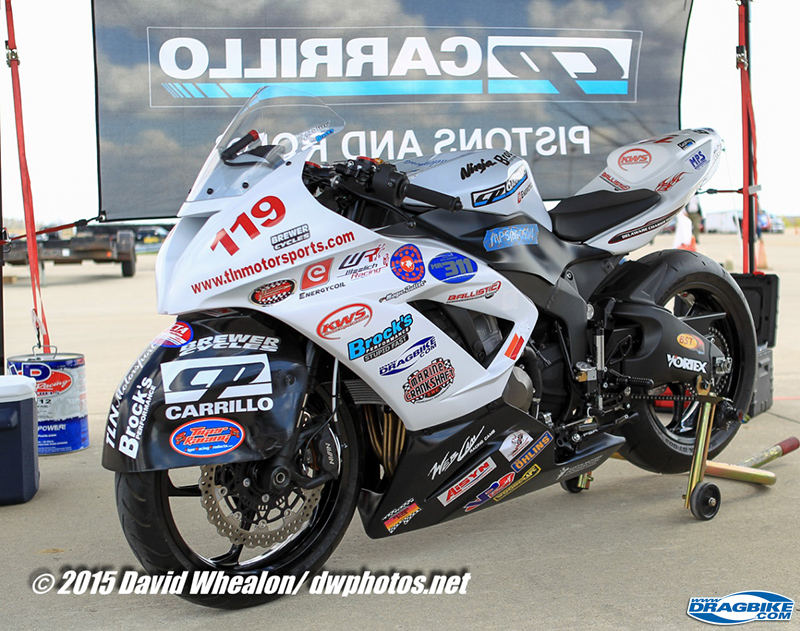 We, at TLN Motorsports, will continue to campaign our ZX-6R and EX-250R, along with a V-Max, in a partnership with Stephen Serafini and Fab-U-This, we will now also be riding the Vance and Forstall 1657 Suzuki. This bike opens up opportunities for records in many different classes. It allows us to be competitive with some of the larger displacement motorcycles at the events. Rider, Greg Neal said, “It is simply the opportunity of a lifetime. I have known Fred Vance for a while and everything he has ever ridden was fast. The combination of TLN Motorsports with Vance & Forstall Racing will make quite a team and the potential in 2016 is unlimited. To ride for people that you have so much respect for is more than anyone could ever ask for”. 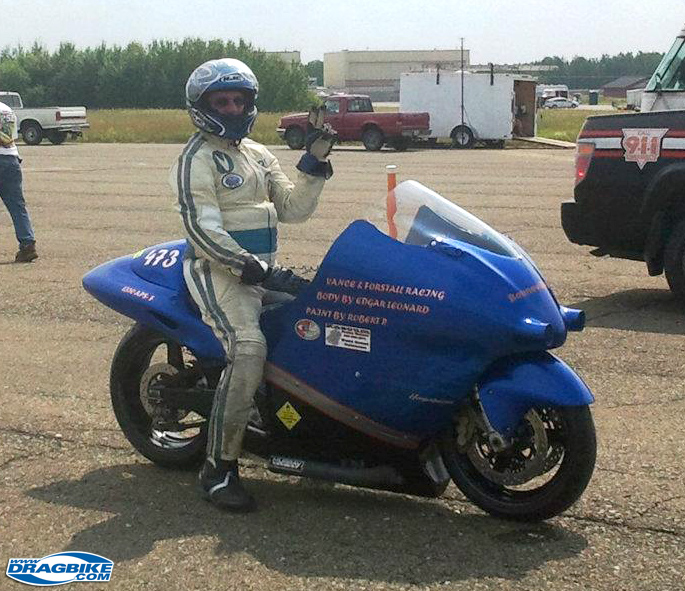 While Fred Vance may be stepping back from the riding duties, his vast experience is another reason this partnership will work so well in 2016. Greg Neal of TLN Motorsports has over 900 runs of Land Speed Racing, but Fred Vance can always give invaluable information. There is simply nothing better than experience when it comes to racing.

With the plans for 2016 starting to take shape, it is looking like another big year could be in store for TLN Motorsports. 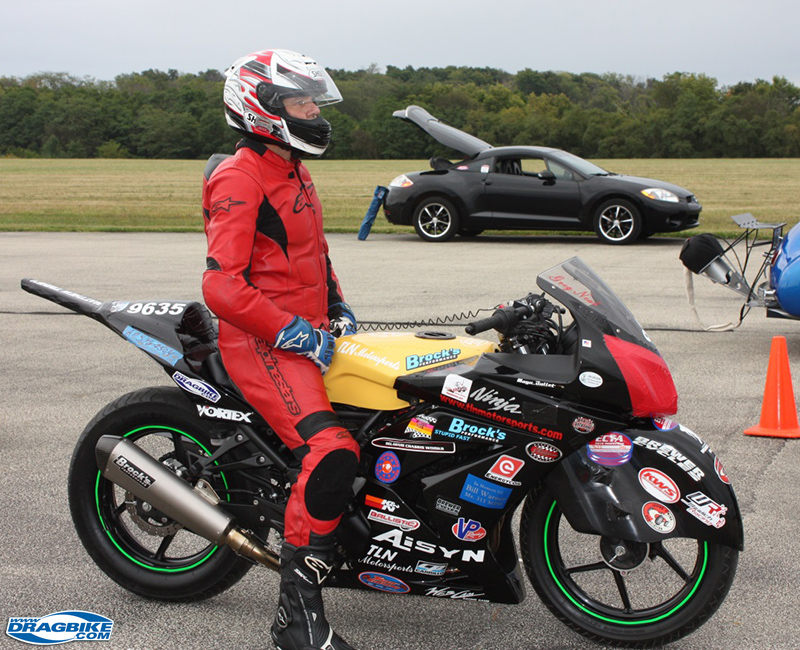 The EX-250R will be ready to battle in the twins classes. The ZX-6R will be back better than ever, faster than before and ready to once again push the World’s Fastest Speeds she already holds. The Fab-U-This turbo V-Max will be a bike to be reckoned with and now the Vance & Forstall Racing bike brings it all together. 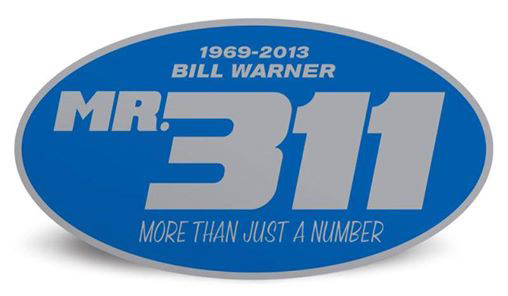 While the focus for the team is 311 records, the most important goal that TLN Motorsports has ever had. It is all about honoring the memory of Bill Warner. You know Bill was special when we still find ourselves talking about him every day. Rider, Greg Neal said, “I am not only better as a Land Speed Racer from being friends with Bill, I’m a better person. Bill showed each of us how to live life, how to treat people, how to represent Land Speed Racing. He was one of a kind.” 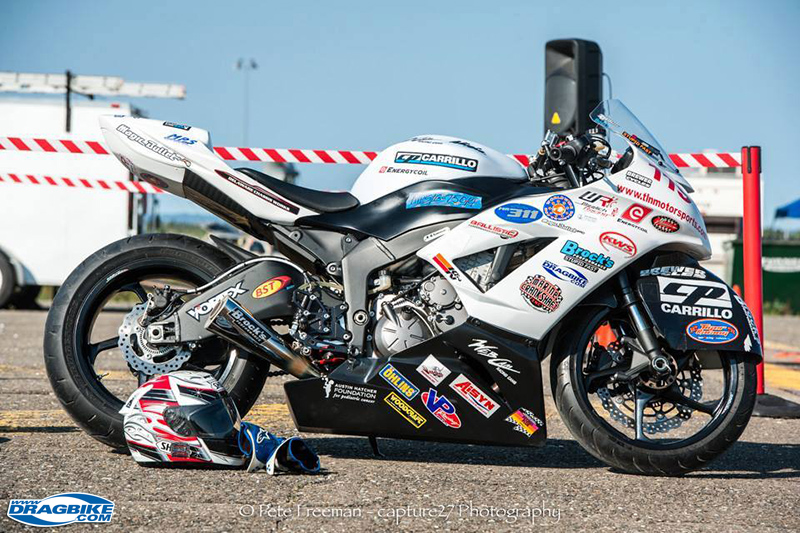 The possibilities are endless for this combination. Once record 311 is achieved they will continue to race throughout the 2016 season. How many records can be set by the end of 2016? That remains to be seen, but the addition of Vance & Forstall Racing make thinking about the 400 mark a real possibility. For now the focus is 311. It will be some celebration on the day that record is set. 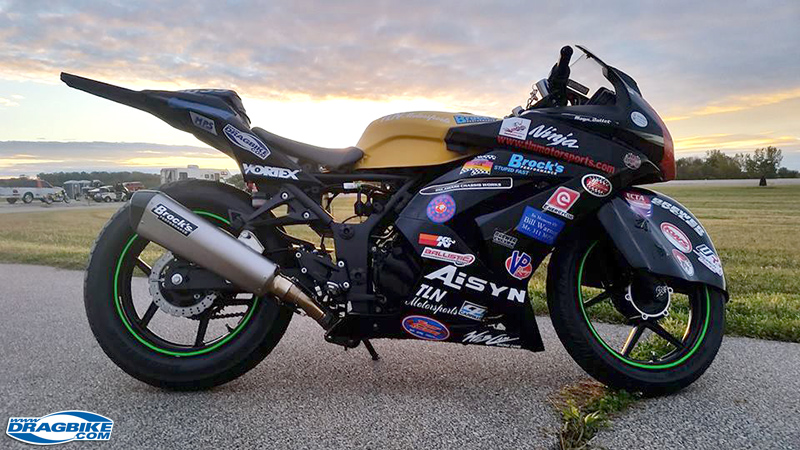 TLN Motorsports would like to thank all of the sponsors that make our continued success possible.

A special thank you to Don Hass, Mark Dotson, Ransom Holbrook, Eric Roehrle, Joe Heffernan, Scott E. Jones and everyone that has assisted us in one way or another at the race track. Our success is your success.

We, at TLN Motorsports, understand that along with opportunity, there comes responsibility when you represent a name like Vance & Forstall Racing. It just makes our fire burn even hotter. We simply can’t wait for 2016 and the chance to get on the race track with our new partners. Fred Vance said it best “We are going to have some fun”. 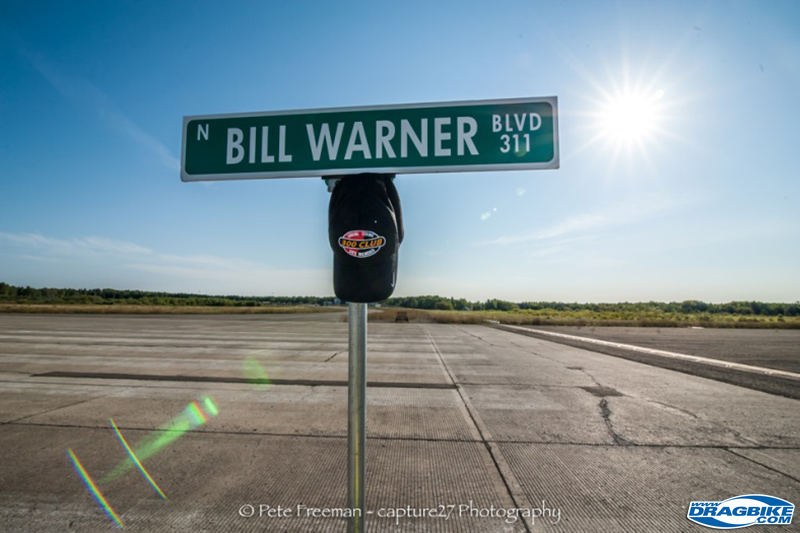