TLN Motorsports continues to prepare for the 2016 Land Speed Racing season with the goal of setting record 311 at the Loring Timing Association Spring Event on May 6-8 at the former Loring Air Force Base. TLN Motorsports current record total stands at 302 Land Speed Records set; including 11 World’s fastest Speeds. All of the off season work is aimed at record 311 to honor Mr. 311, Bill Warner. 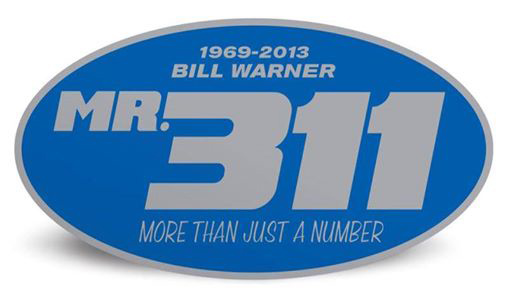 The 2008 Kawasaki EX-250R is together and basically race ready. While there is still some minor work and a second power plant to be done for that bike, she could be racing in just a few days. 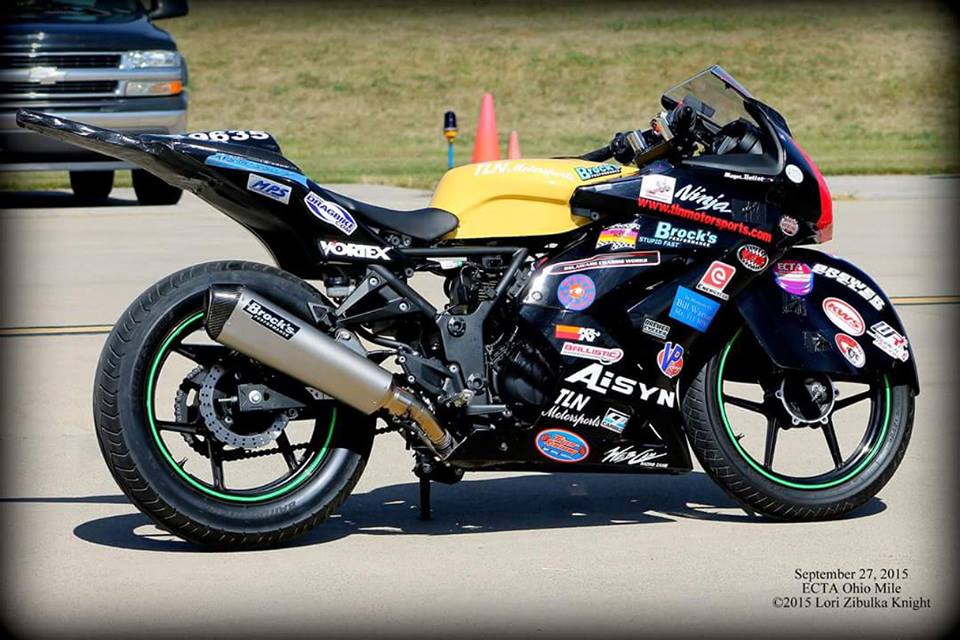 The ZX-6R is well on the road to being back for 2016. The bottom end has been reassembled at KWS and the new cam specs are being taken care of at Web Camshafts. The bike should be back at TLN Motorsports within a month and from there a few weeks away from race ready. 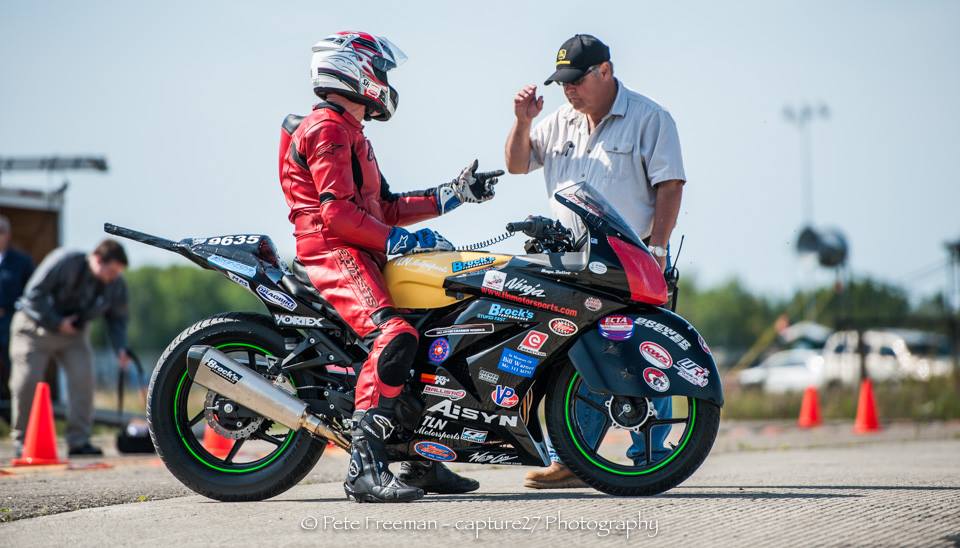 Fred Vance has been hard at work on the Vance & Forstal Racing Suzuki Hayabusa. This bike will be run in non-faired (naked classes) where there are more record opportunities for a fast bike and rider.

Stephen Serafini and Fab-U-This Custom Fabrication are continuing to work on the Yamaha V-max that is designated to set record 311. It was a favorite bike of Bill Warner and a fitting platform to set a record in honor of him. 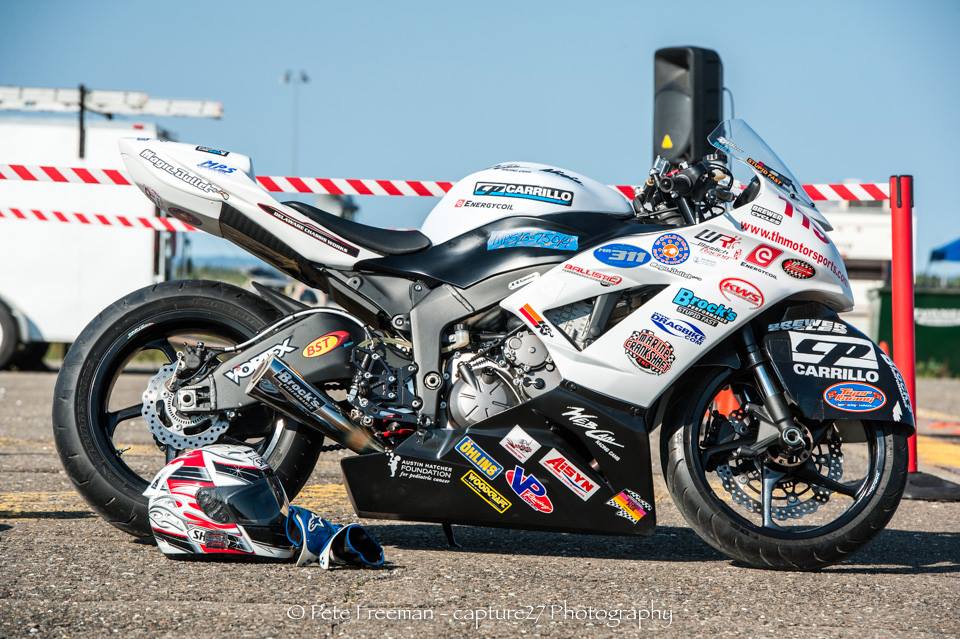 Rider Greg Neal said “Setting record 311 is the biggest goal we have ever had at TLN Motorsports. It will be bigger than any other record, any other speed we have run. It is humbling that we even have the opportunity to set record 311, to honor the icon of Land Speed Motorcycle Racing and one of the most beloved people in racing”. 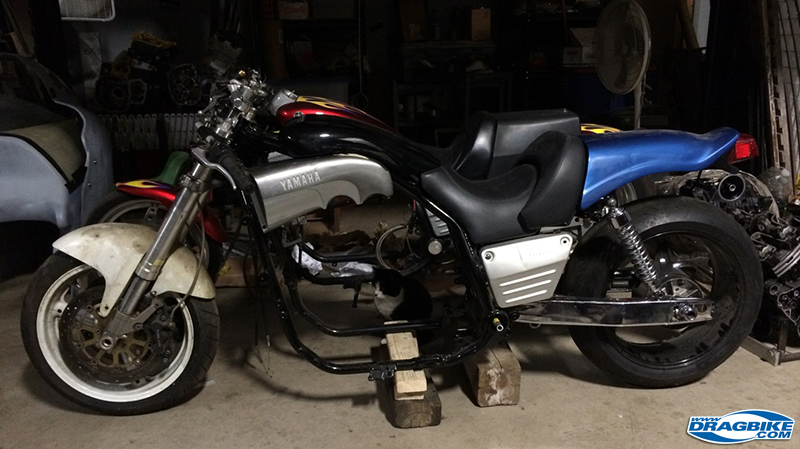 Almost 3 years after the loss of Bill Warner he is still such an influence in the Land Speed Racing community. It is Bill’s spirit that drives many in the sport to reach for huge goals, to try to do what most would say can’t be done. Bill Warner was a dreamer and a fierce competitor. He set goals and refused to not reach them. He did more with less than anyone out there. He would sacrifice so much to get the job done. Bill had an even more memorable quality though. He was a humble man the genuinely cared about his fellow racers and friends. He knew what everyone’s goals were and was very happy to see people reach them. Greg Neal said “I remember July in Ohio before we lost Bill. He came up to me to congratulate me on my 100th record set. His words to me were that is a big deal and you should really be proud of it. That meant more to me than Bill would ever know”. That is just how Bill Warner was and his spirit is still guiding the Land Speed Racing world.

TLN Motorsports is still competing because of Bill. Setting record 311 is the driving force behind competing in 2016. Don Hass and Hass/Serafini have taken up Bill’s quest of 300 mph on a standing mile. It was Bill that opened the door of 300 mph on a sit on motorcycle with the 311 mph run on the standing 1.5 mile at Loring. Bill is the one and only to run 300 mph. It is his spirit that ignited Don Hass and Stephen Serafini to build the compound turbo monster that Don will attempt to run 300 mph on a standing mile. 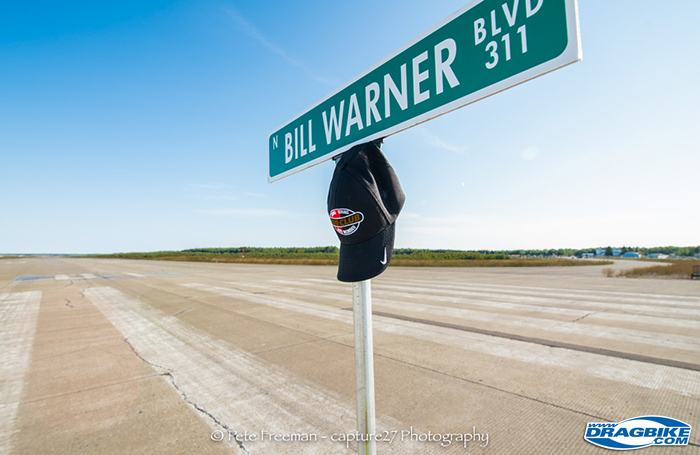 Bill’s influence on Land Speed Racing will be felt for many years to come. He showed so many of us how to get the job done the right way. He showed us that you need to reach for the believed unobtainable and work as hard as you can to achieve it. He also showed us how to succeed and struggle with class. There will never be another Bill Warner, but the Land Speed World has been blessed with knowing someone we should all model ourselves by. Greg Neal recalls “my last conversation with Bill he was waiting out the winds in his trailer. He invited me inside and we talked about the conditions. He told me he wished he had built more front downforce into the bikes body. He could turn up the boost and get the standing mile 300 mph done. I’ll never forget those few minutes. They are etched into my memory. Setting record 311 for Bill is all I can focus on. We just have to get it done”.

TLN Motorsports wouldn’t have known the success it has if it were not for Bill Warner. His friendship and advice was priceless and we all learned from just watching him. 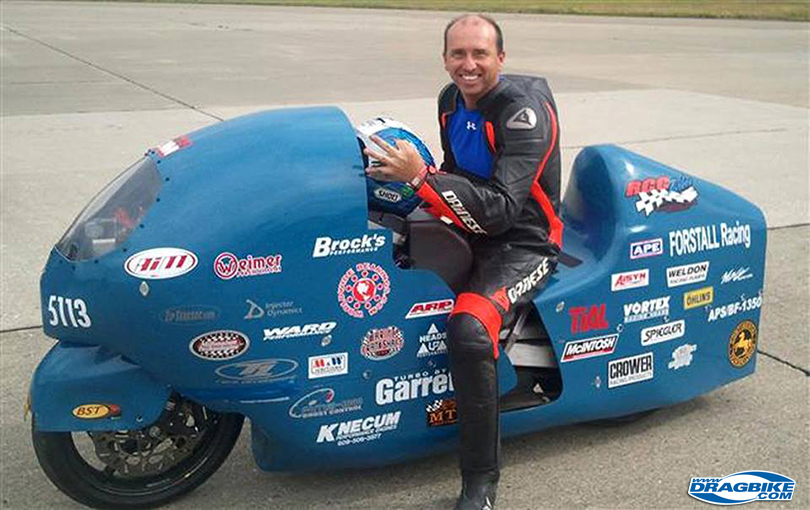 A special thank you to Don Hass, Mark Dotson, Ransom Holbrook, Eric Roehrle, Joe Heffernan, Scott E. Jones and everyone that has assisted us in one way or another at the race track. Our success is your success 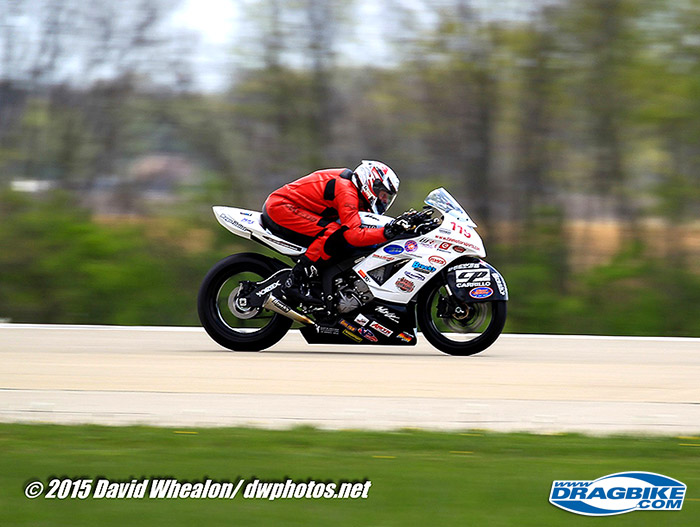 If you are interested in joining us for a history making 2016 racing season contact us at landspeeder9539@yahoo.com. You will be happy you did. We pride ourselves in working hard for our sponsors, always exceeding their expectation.