Valerie Thompson : First Female of Bonneville Board of Directors

The world’s fastest female motorcycle racer, Valerie Thompson, was appointed to the Bonneville 200 MPH Club board of directors during their recent meeting on January 28th at the National Hot Rod Association Museum in Pomona California.

Thompson is a seven-time land speed record holder, team owner/driver and member of six different land speed racing 200 MPH Clubs. She made history at the 2016 Bonneville Motorcycle Speed Trials, winning the “The Fastest Time of the Meet” award with a speed of 304.263 mph (489.6 KMH) piloting the Team “7” Racing streamliner. Thompson is the first female rider over 300 mph, earning the title of “Worlds Fastest Female Motorcycle Racer.” 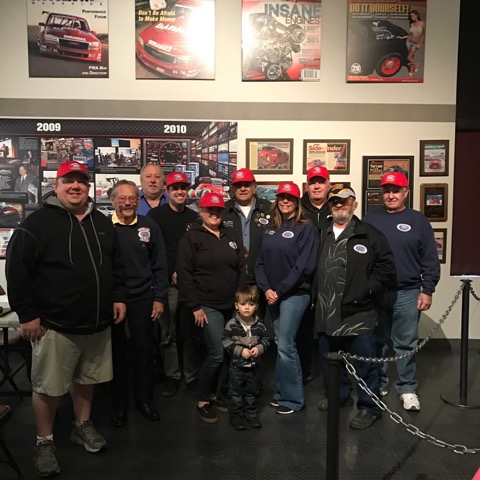 Thompson joins 8 other board members who are responsible for the direction and business of the club. The Bonneville 200 MPH Club recognizes those drivers and motorcycle riders who are able to set class record over 200 MPH against an existing record or minimum. The club recognizes records of the Southern California Timing Association, and International records of the FIA and the FIM set in the flying mile at the Bonneville Salt Flats. There are currently over 750 members since the founding of the club in 1953.

“We are delighted to have Valerie as our first female member of the board,” said Dan Warner, President. “Valerie’s many accomplishments, both on and off the track, make her a valuable new board member. I’m confident her unique insights and marketing expertise will be highly valued as we address a wide variety of issues for our members,” added Warner.

“Earning membership in the 200 MPH Club had been a dream of mine since I started racing. It was the result of many years of hard work and determination. I never imagined I would be invited to join the club’s board of directors,” said Thompson. She added, “I consider this appointment a real honor and high point of my career. I look forward to working with everyone on the board.”

The next meeting of the Bonneville 200 MPH Club board is scheduled for June in Pomona, CA.

Piloting the Team “7” Racing streamliner, Valerie re-wrote racing history at the 2016 Bonneville Motorcycle Speed Trials, earning the “The Fastest Time of the Meet” award with a speed of 304.263 mph (489.6 KMH). She is the first female rider over 300 mph, earning the title of “Worlds Fastest Female Motorcycle Racer.” A seven-time land speed record holder and team owner/driver, she fields her BMW S 1000 RR in select land speed competitions. Valerie has earned membership in six different 200 MPH Clubs and is a lifetime member of the famed Bonneville 200 MPH Club. In 2017, she became the first female appointed to the Bonneville 200 MPH Club Board of Directors. Valerie also formed a new drag racing team in 2017 to compete in NHRA Pro Stock Motorcycle series. Her many racing accomplishments have earned Valerie the moniker of “America’s Queen of Speed” by the worldwide press.

When the Dry Lakes racers of the Southern California Timing Association (SCTA) first ventured to the Bonneville Salt Flats in 1949, they were laying the foundation for what would become the largest and fastest motor sports events in the world. The original idea for the Bonneville 200 MPH Club was to recognize the accomplishments of drivers setting speed records over 200 mph on the Salt Flats. Many members raced for decades before achieving a certified record over 200 MPH necessary to receive the club’s trademark recognition – the famed Red Hat of the Bonneville 200 MPH Club. To honor drivers gaining a 300+ mph record, a 300 MPH Chapter was formed with a Blue Hat to mark the accomplishment. For those few drivers accomplishing 400+ mph record speeds, a Black Hat marks the 400 MPH Chapter of the club.