Rich Vreeland Started the 2017 AMRA Season in an Unfamiliar position, Defending a national championship. But after a win at the AMRA season opener in Baton Rouge LA and now making it two in a row this weekend in Bowling green KY the team seems to be adjusting to the new found pressure of defending champion. 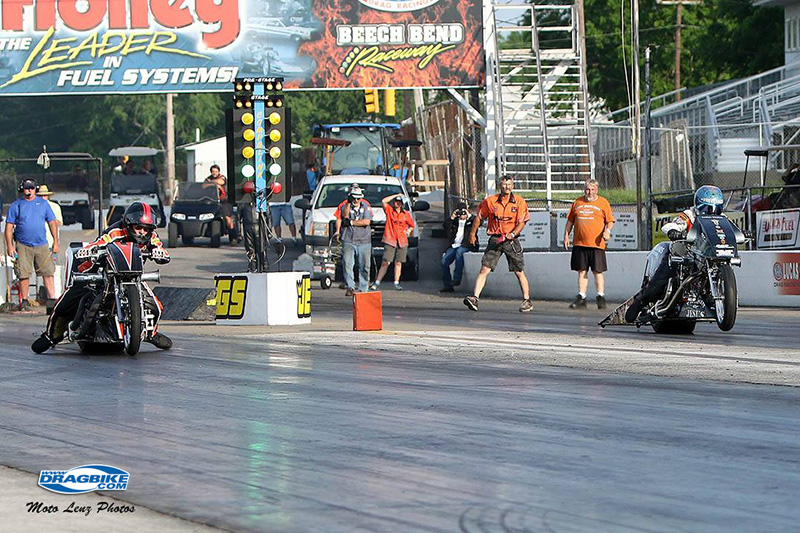 Rich Vreeland said “We knew this was going to be a tough weekend for us in Nitro Funny Bike, All the big players where there, veterans Chris Smith, Jim Doyle and Rocky Jackson as well as new comers Ryan Perry riding “The big Nasty” and a very fast Dennis Fisher. When the ladder was set on Saturday we ended up in the #2 spot which meant a first round pairing with Rocky Jackson. Jackson got the hole shot and was gone but we rode back buy to take the win with a 6.911 @202.73 to Rocky’s 7.30 @ 156.86. Jim Doyle who beat Ryan Perry in the first round was next up in the Semi’s. Jim got out first again and we had a good old fashioned drag race!!! 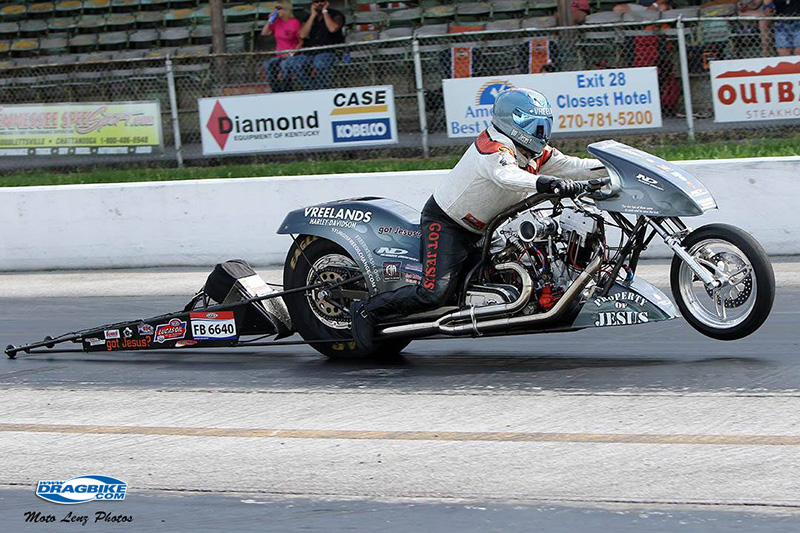 When the board lit up we got the win by .0300 !!! Our 6.966 @ 201.88 to Jims 7.057 @ 186.05. That put us in the Final against new comer and #1 qualifier Dennis Fisher. In the final both bikes started and did there burn outs But things went south for Dennis after that, A parachute malfunction and a runaway Pushrod ended his chances, So we took the win for our second straight this season and third in a row at Beech Bend Park. 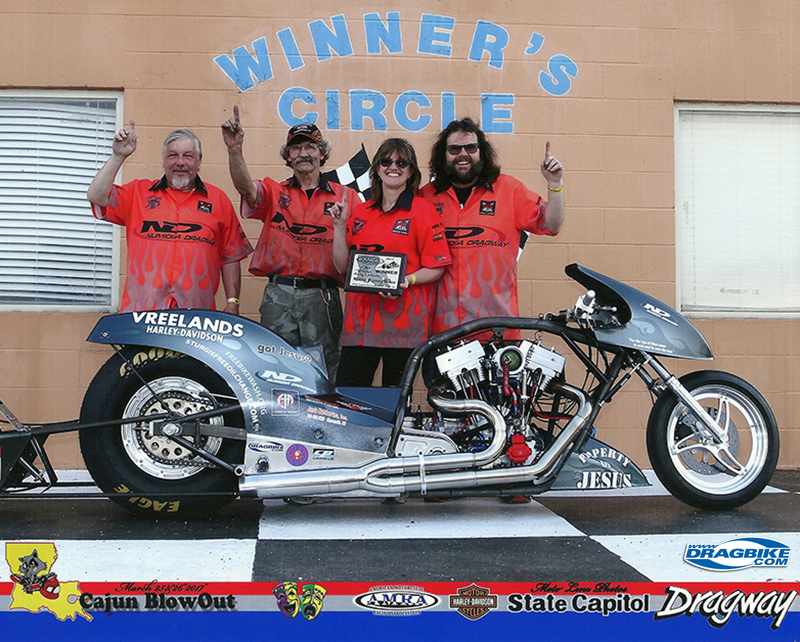